TECNO cheers on their Ambassador Wizkid on his Grammy Award Win? 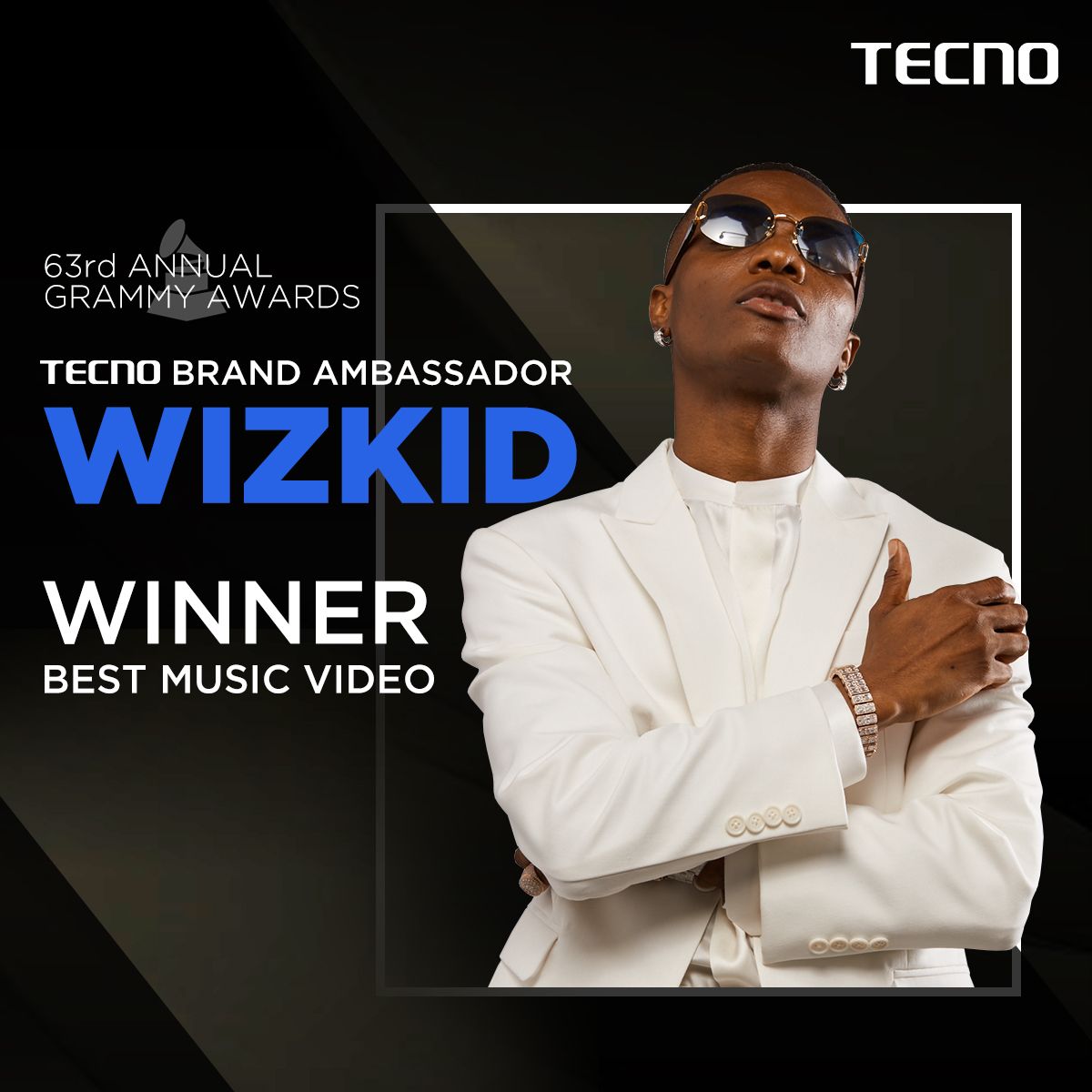 To identify a winner, first look at his association, and TECNO certainly saw the connection that attracted it in choosing Wizkid as the face of its brand; a connection that depicts humble beginnings and a rise to global recognition, stopping at nothing to achieve excellence, loved by millions of Young People and consistently delivering quality and value to loyal fans.

This winning connection once again came to the fore with Nigerian Afrobeat Starboy and TECNO Mobile ambassador, Wizkid, achieving a record feat at the 63rd Grammy Awards night, bagging the ‘Best Music Video’ award for his collaboration with Beyonce in the song “Brown Skin Girl”.

The event which was held in the Los Angeles Convention Center on Sunday, 14th March 2021 received a wide commendation for an outstanding virtual live cast, despite social distancing challenges posed by the COVID-19 Pandemic.

The similar stories of these 2 brands going ahead to become Kings in their fields – one in mobile technology and the other in music, quintessentially fuses to deliver a winning partnership that inspires millions of their fans to achieve more and also become masters in their fields.

The Recording Academy described the Brown Skin Girl music video as “a feast for the fashion-forward and a celebration of Black and brown female beauty everywhere“, words that perfectly describes one of TECNO’s key mission as an African mobile giant, and brought to life through the brand’s significant contributions to the social and economic lifestyle of its millions of users, and also in its delivery of premium smartphones for Nigerians and the rest of the world.

Wizkid deservedly took his place in the elite Hall of Fame of the few Nigerians who have received the gold-plated Gramophone-styled award, and TECNO, extended felicitations to its brand ambassador in a social media post that read “Congratulations to TECNO Brand Ambassador @wizkidayo on this historic Grammy Awards. Keep Winning! #TECNOxWizKid #TECNOForNigerians” 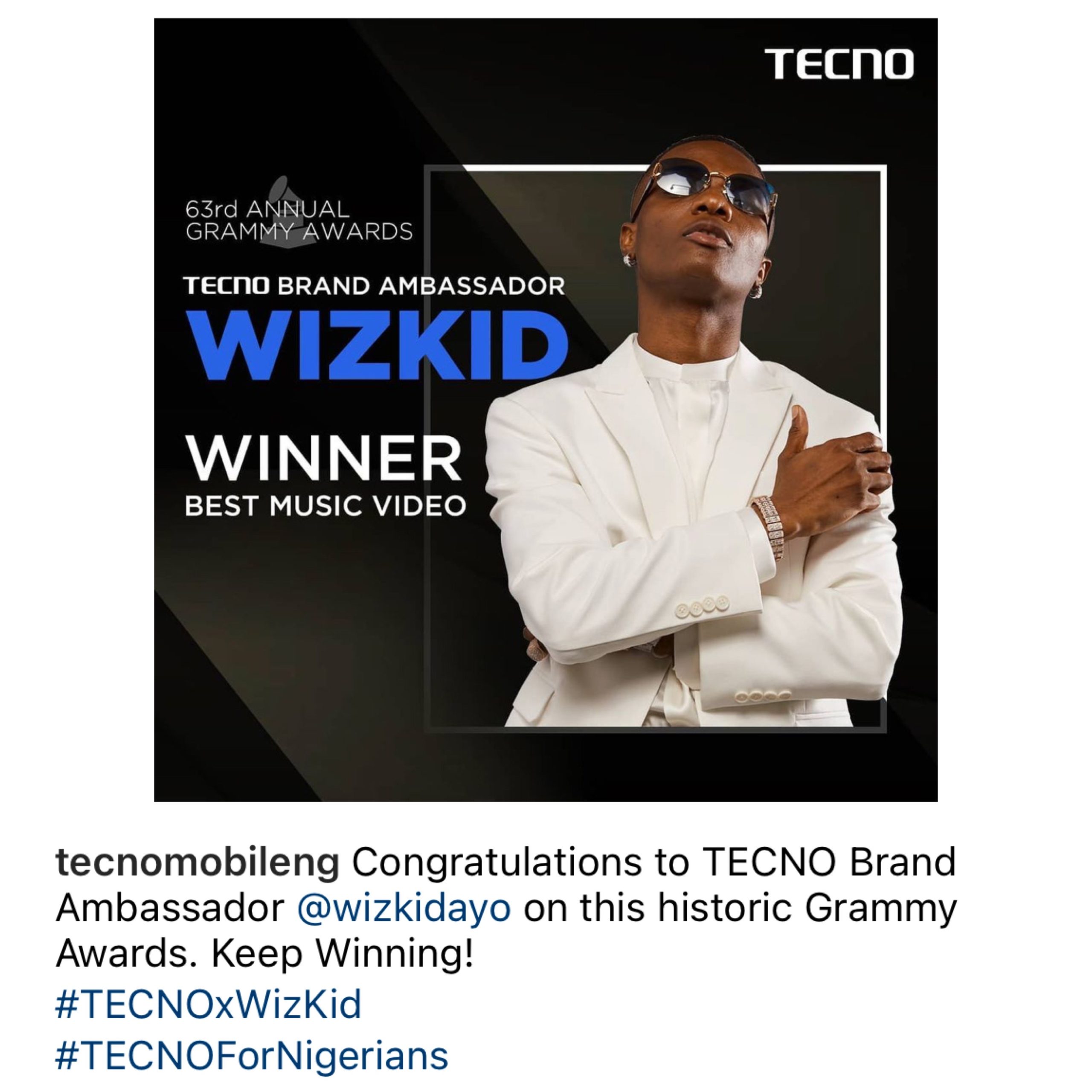 “We join the rest of the world to say a big congratulations to every winner on the special Grammy Awards night!”