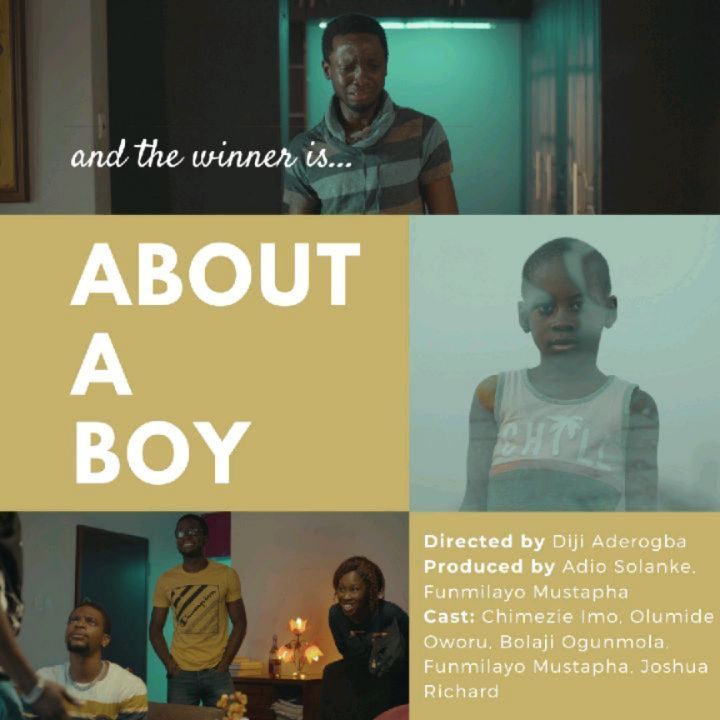 “About A Boy”, produced by Adio Solanke and Funmilayo Mustapha, centres on a writer, his muse, and the psychological games they play.

“I’m grateful to God. I’m so happy for Adio and Funmi, my producers. They put in a lot of hard work. Being a part of this film festival and winning the Audience Award is just amazing,” the film’s director, Diji Aderogba said on winning the award.

Nollywood Week is a yearly film festival that showcases the best of the Nigerian film industry with the aim of finding a larger audience and a more sustainable distribution system for these quality films.

The festival is organized by Okada Media, an association based in Paris, headed by Serge Noukoué and Nadira Shakur.

The NollywoodWeek Festival this year took place virtually between May 6 and May 9, with nine feature films and eight short films selected, including “All Na Vibes“, “For Maria Ebun Pataki“, “The Herbert Macaulay Affair“, “Lady Buckit & the Motley Mopsters“, “Heaven Baby“, “The Satchel” and others to stream exclusively online.

We were delighted to see that the global audience showed up to support and celebrate Nigerian talent and ingenuity in film-making. This year we showcased films from the rest of the continent and the Diaspora and saw a genuine interest in and appreciation for incredible stories such as “About a Boy” as evidenced by the Prix du Public.

The opportunities for audiences to interact with filmmakers and stars has always been an essential part of our festival and it was important that we maintained this aspect via our networking hub in this year’s online edition. We would like to thank the audience and our partners for accompanying us on this amazing journey! We look forward to connecting with everyone again next year.

Diji Aderogba will be presented with a range of top-of-the-line lenses from the Angénieux brand for the production of a subsequent project, AfricaNews reports.

“The Wedding Party“, “Isoken” and “King of Boys” are also previous winners of the NollywoodWeek Prix Du Public.