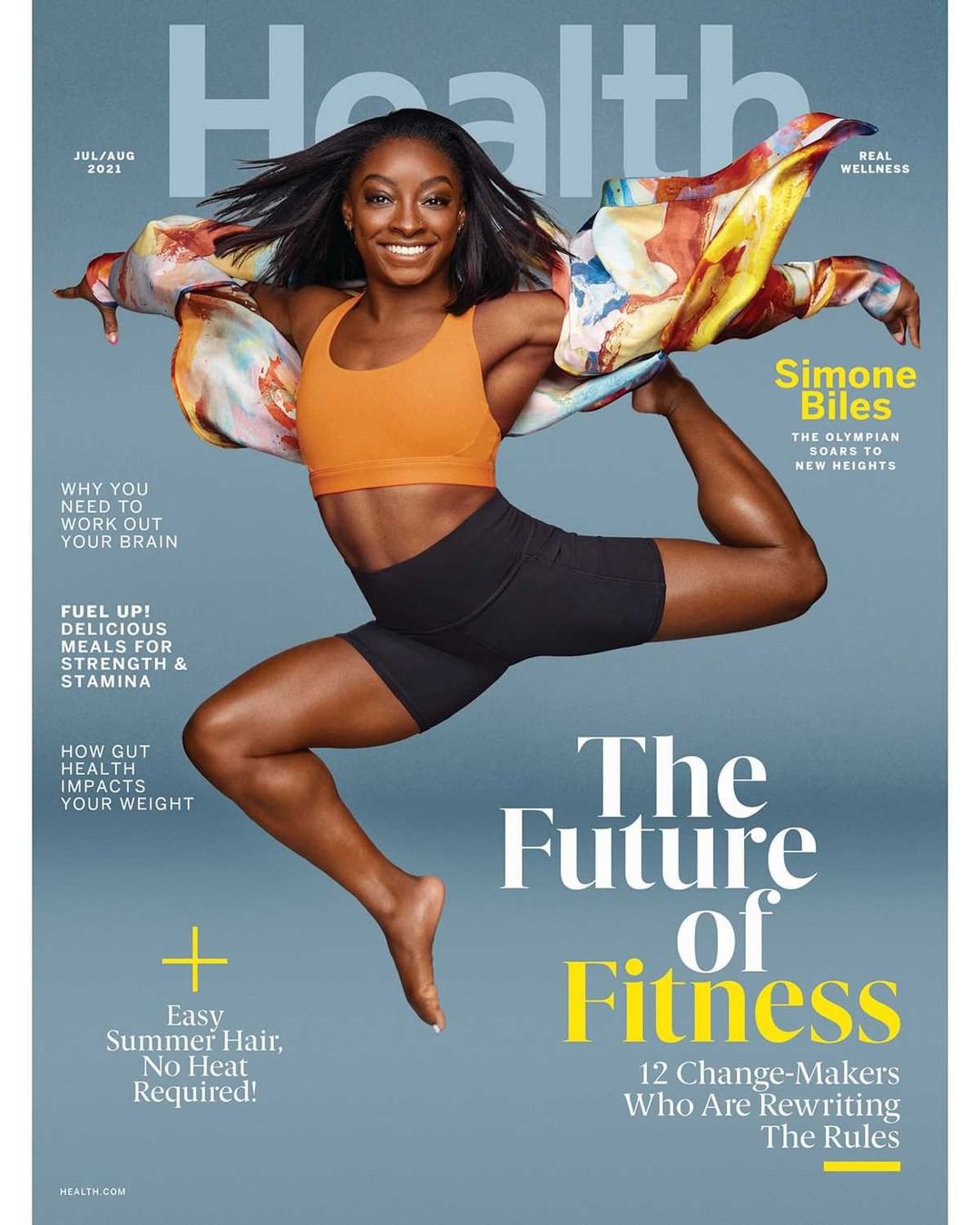 Health Magazine has launched its July/August issue and on the cover is gymnast Simone Biles as she gives a peek into her Olympic prep.

“Simone Biles is not a good gymnast. She’s a great gymnast. In fact, she’s the greatest of all time—and she has the medals to prove it. The 24-year-old has won every single all-around competition she’s been in since 2013 and has a record of 25 world medals. And now, as our July/August cover star, she’s giving us a peek into her Olympic prep from training for Tokyo to taking care of her mental health,” Health Magazine writes.

On the postponement of the Olympics

It was a whirlwind of emotions—I couldn’t believe the news. I was sad. I was angry. I was annoyed. But I also knew it needed to happen to keep everyone safe and get the virus under control.

On self-care against getting burned-out, sick, or injured

I do regular athletic massages and ice massages. I also use compression boots and take Epsom-salt baths. And I see my athletic doctor every Friday for a check-in.

On taking care of her mental health

For a while, I saw a psychologist once every two weeks. That helped me get in tune with myself so that I felt more comfortable and less anxious.

When asked what advice she’d give to her younger self

To not be so stubborn and to be a little bit happier—to know that it’s not over just because something happens in one day. You can keep pushing.

Read the complete article on Health.com.