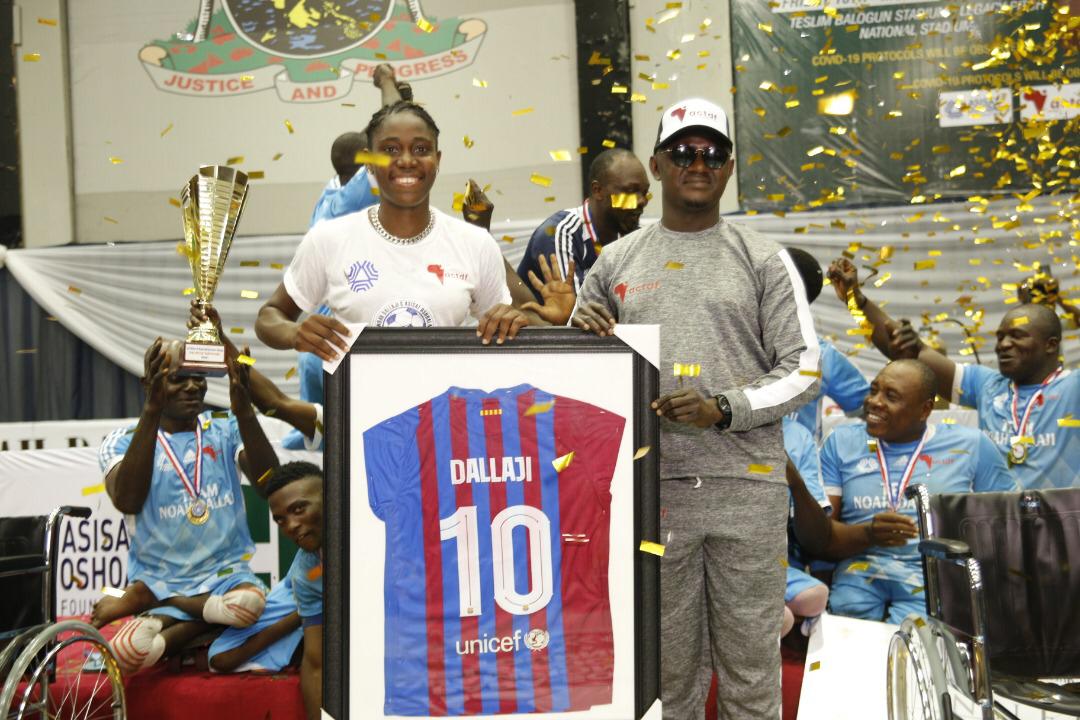 Monday, 19th July, will go down in the annals of sports development as the day physically challenged athletes truly got their due recognition, not by government but through the concerted effort of two public-spirited organizations, the African Children’s Talent Discovery Foundation (ACTDF) and Asisat Oshoala Foundation. 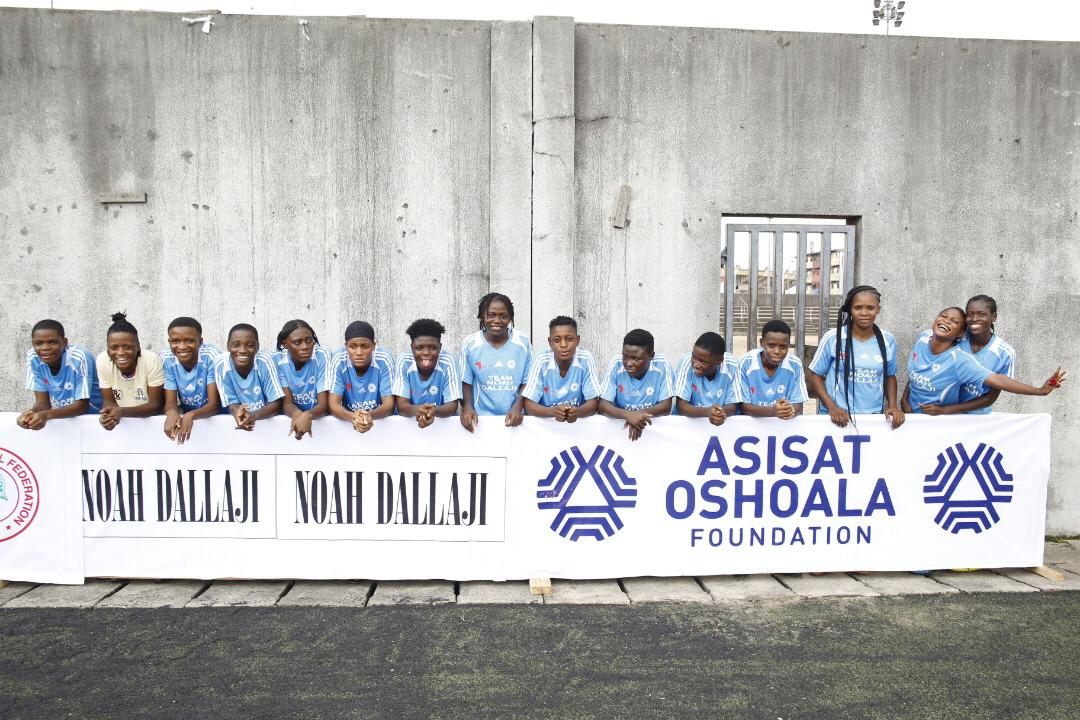 For so long, the physically challenged athletes have been relegated to the background. Not anymore. The collaboration between the African Children’s Talent Discovery Foundation and Asisat Oshoala Foundation has changed this trend by ensuring that due recognition was given to physically challenged athletes. By so doing, they now have a pride of place as patriotic Nigerians.

The highly entertaining para-soccer championship sponsored by the two organisations in Lagos was indeed a huge step forward in making this idea possible. It was a great moment for the physically challenged talents as they got a chance to showcase their football skills to the admiration of the huge crowd that graced the venue, Teslim Balogun Stadium. 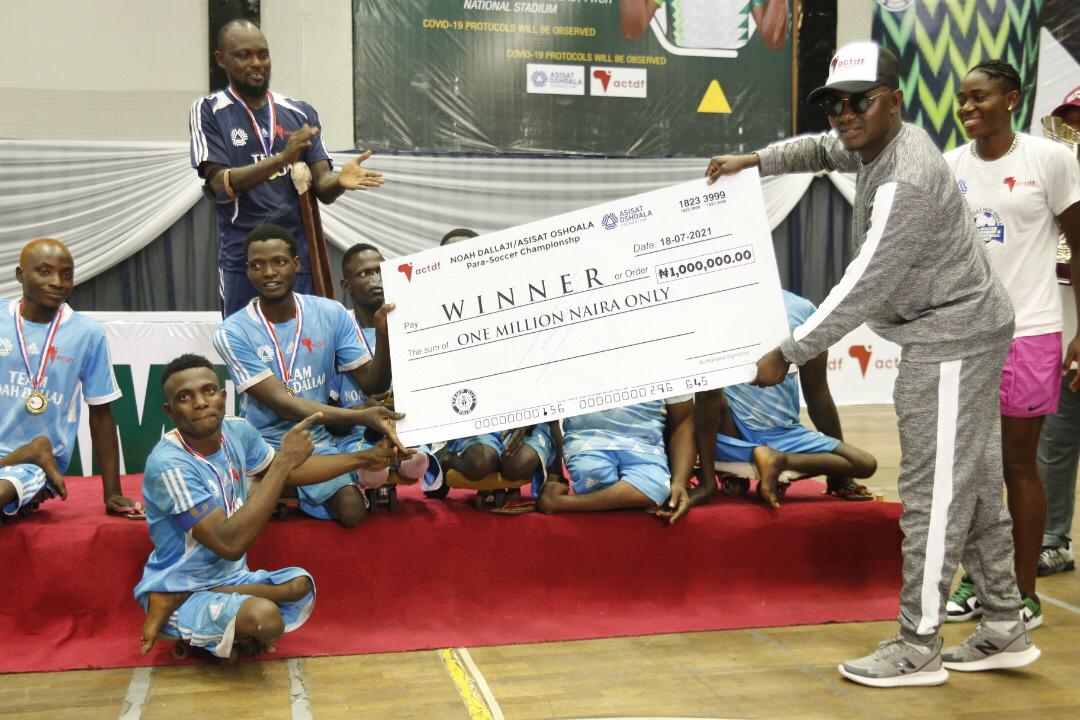 Dallaji presenting a check to the winning team captain 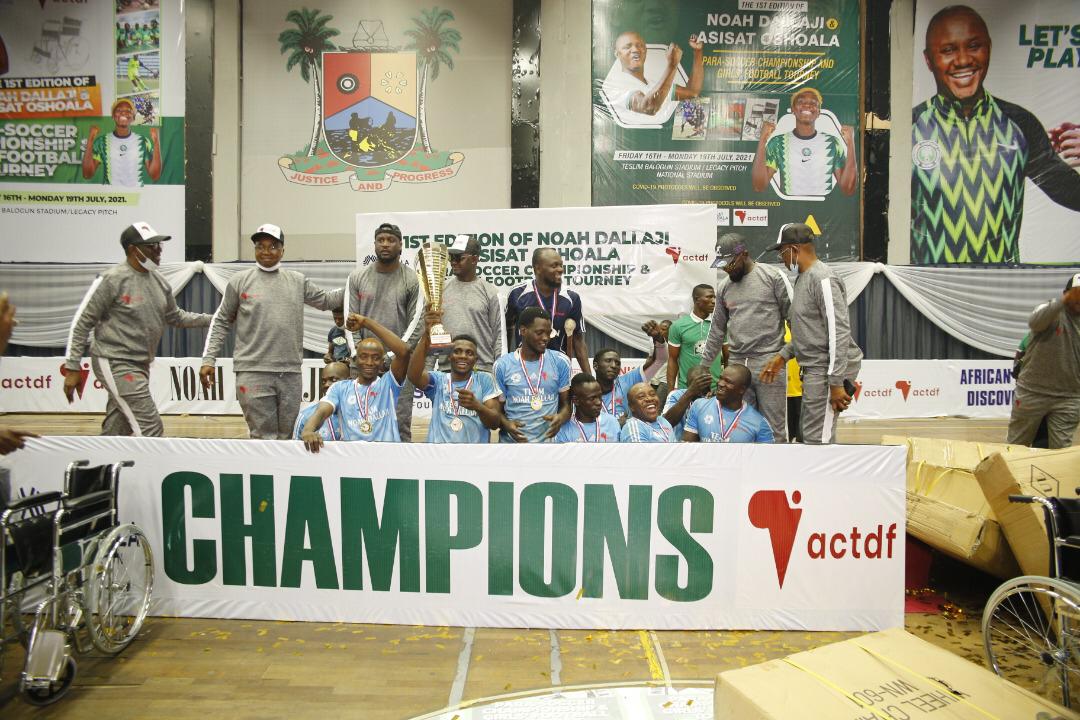 The winning team at the tournament

Great prizes were won by the top-performing athletes. The icing on the cake was the donation of numerous brand new wheelchairs to the exhilarated athletes by Noah Dallaji’s ACTDF. 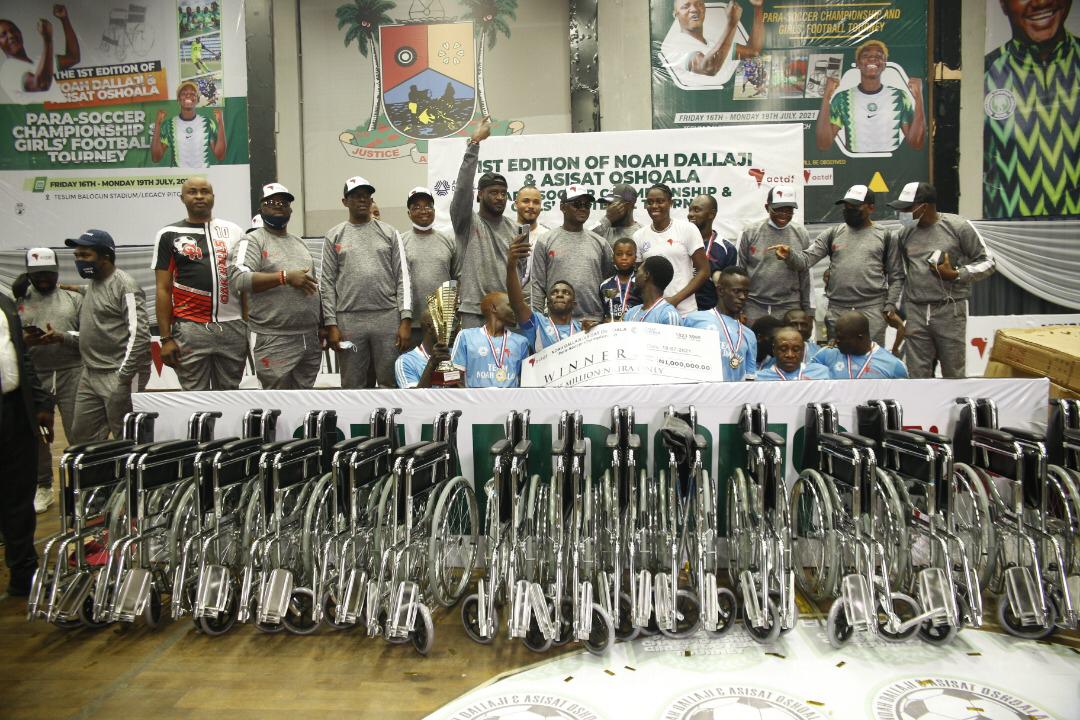 The wheelchairs donated to the footballers by Dallaji

The buzzword at the event was that at last, the long-awaited new pillar of sports in Africa has been found in Engr. Noah Dallaji, described as “the young patriotic businessman of Bauchi State”. 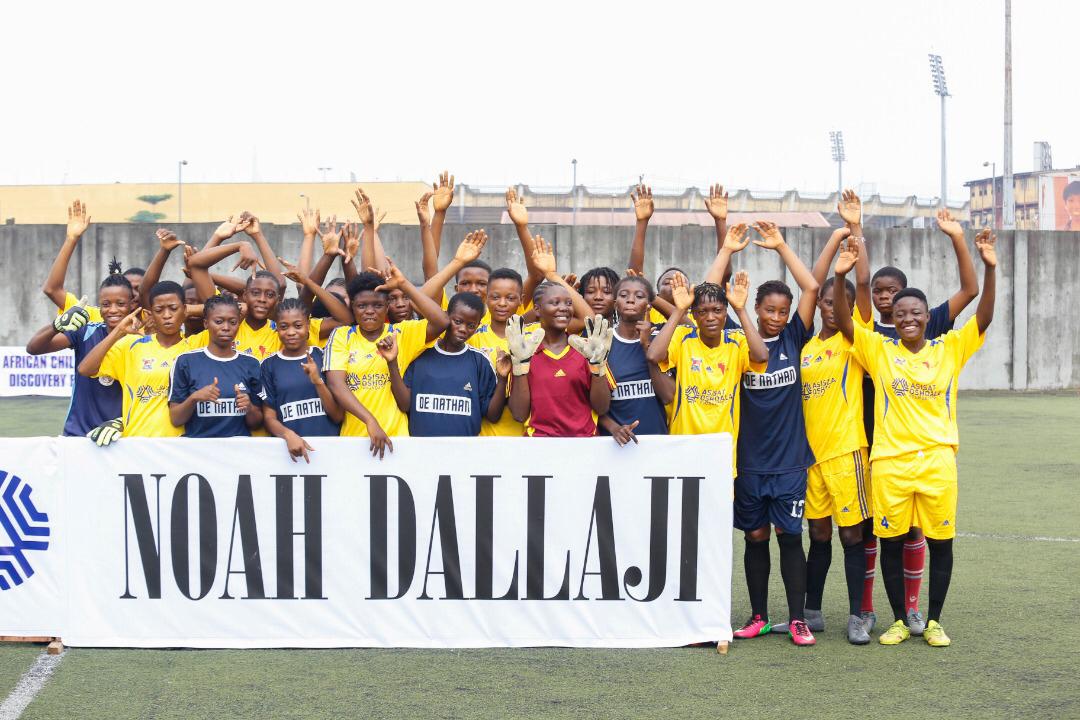 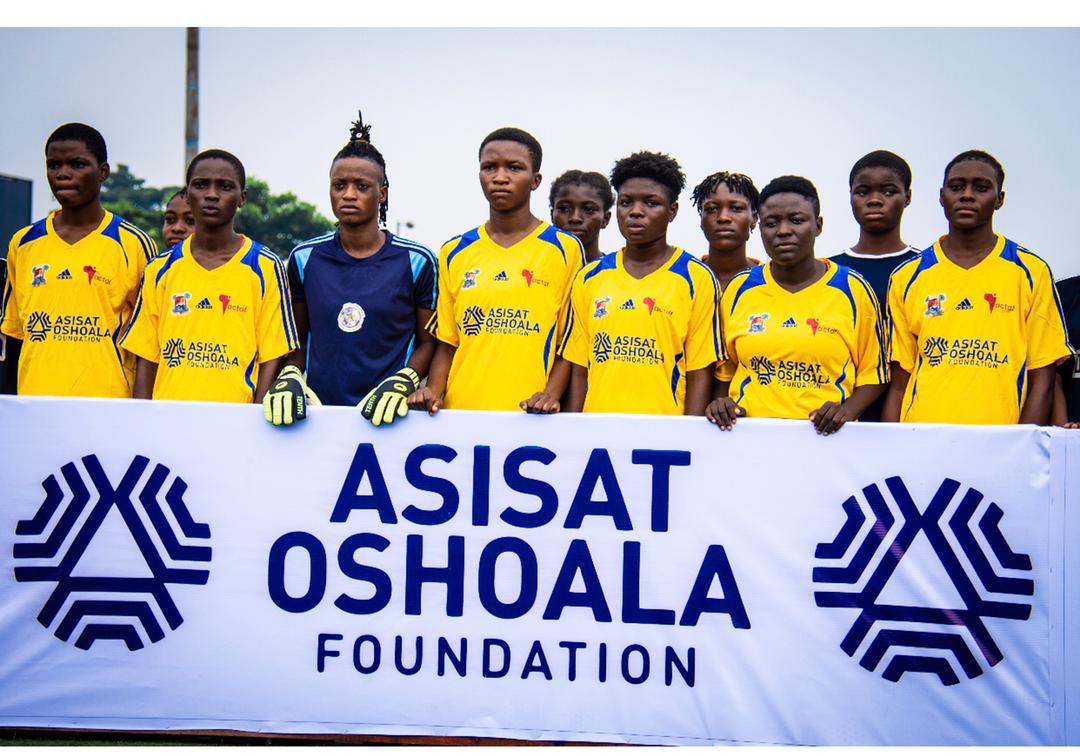 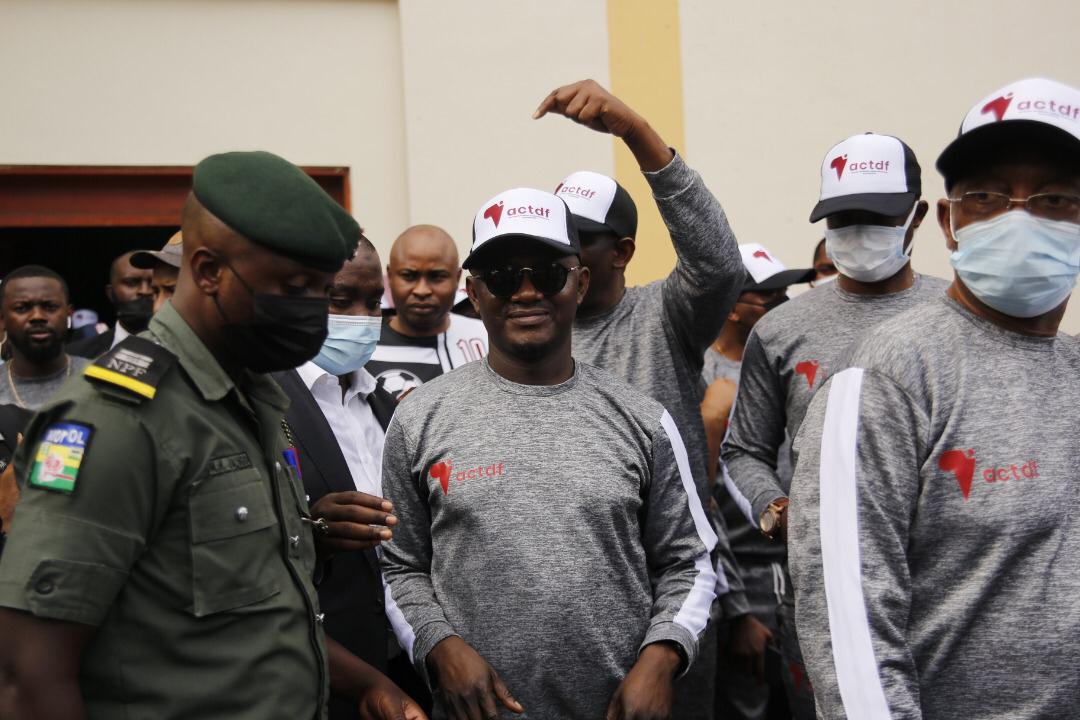 The collaboration between Asisat Oshoala and Noah Dallaji simply changed the narrative and the pulsating performances by Peter “Mr P” Okoye and Lyta truly spiced up a remarkable event. 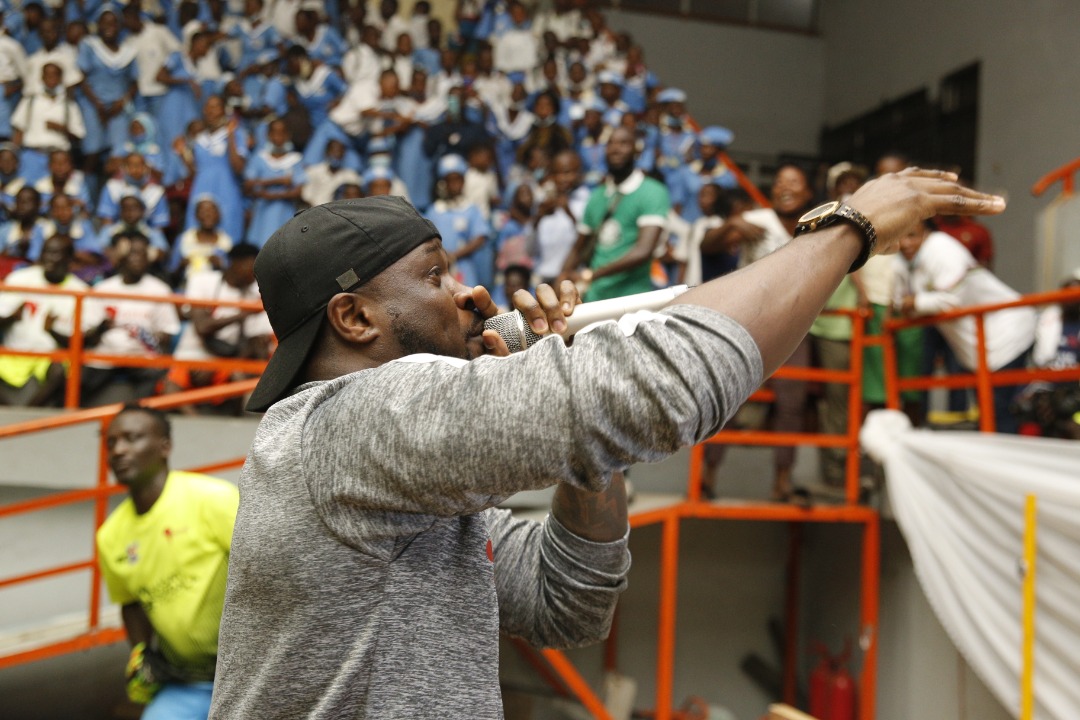