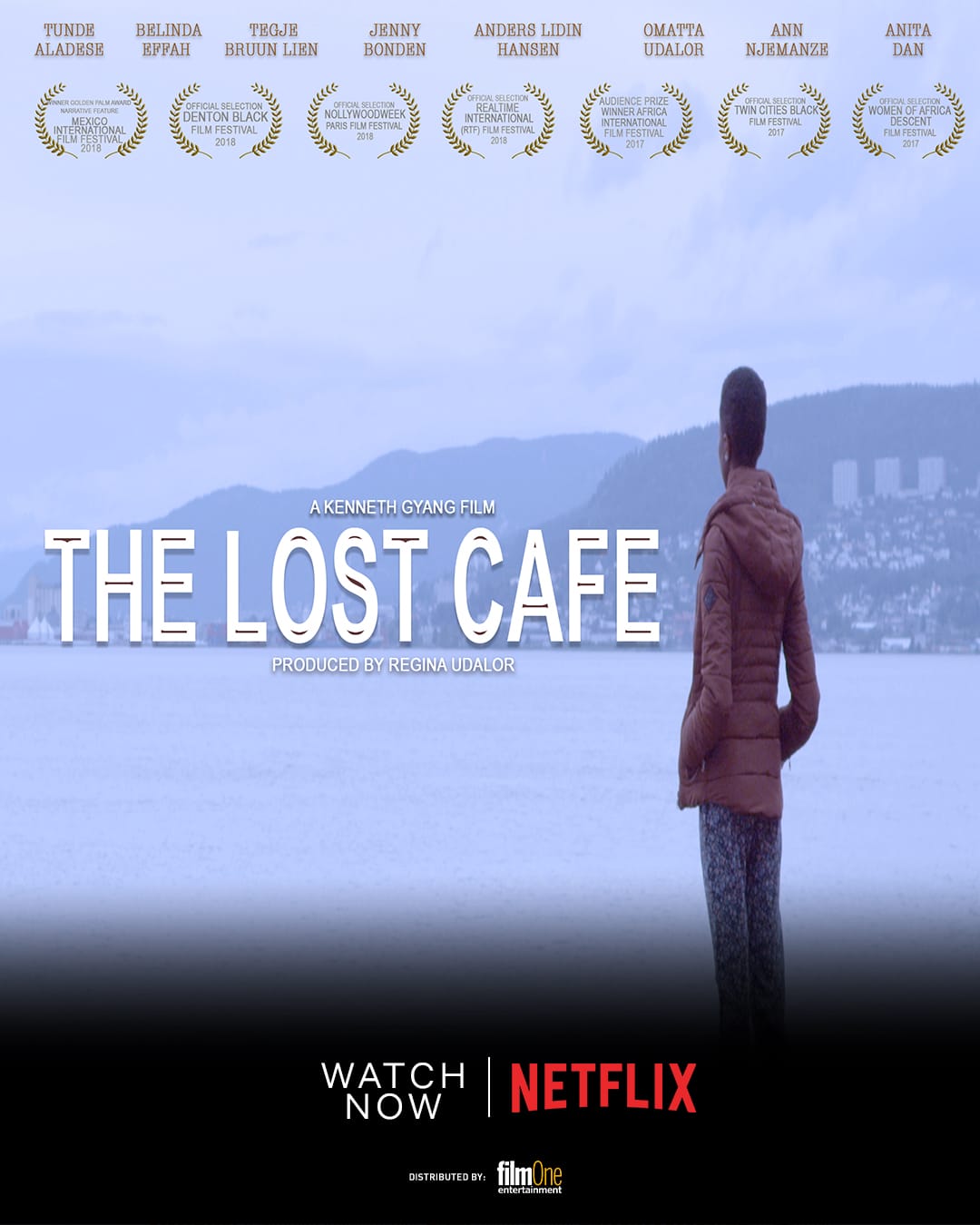 “The Lost Café,” a film directed by Kenneth Gyang and produced by Regina Udalor is set to be released on Netflix.

“The Lost Café,” a Nigerian-Norwegian co-production, is an intense realist depiction of the struggles faced by Nigerian immigrants as seen through the eyes of a young woman.

With the film, Udalor will make her Netflix debut alongside Tunde Aladese and Norwegian actor Anders Lidin Hansen. Terje Bruun Lien and Nigerian actor Omatta Udalor also star in the film. Regina said she believes the video would be the start of many collaborations between Nigeria and the European country since both countries can learn a lot from each other.

“As a resident of Norway for over a half-decade,” Regina said, “I have observed several similarities between Norway and Nigeria; many differences, too. And I think there are things Norway can learn from Nigeria and vice versa. The Lost Café is our way of bridging the gap that currently exists between both countries.”

While Regina is optimistic about the film attracting audiences in both producing countries, filming for The Lost Café was hardly smooth. The Nigeria-based crew hit a snag when they had their visas refused by the European authorities, leading to an improvisation that saw Udalor recruit local personnel to shoot the film’s Norway scenes.

“It was a difficult process that required us to think up solutions to problems we likely would not have had if we had filmed in one country,” she said. “We are thankful that we could get it done and now the film can be seen by anyone with a Netflix account.” Asked if the fee paid by Netflix covers all the Lost Café’s production expenses, Udalor, who is based in Norway, was tight-lipped. “Everybody left the negotiating table a bit happy,” she said.

The film follows a Nigerian graduate student who has come to Norway to study to become a film director. Overwhelmed by loneliness in the new country, she begins to visit a café where she finds and befriends a nice elderly man who serves her coffee but may be hiding a secret. He becomes her confidant—but it is not long before she must confront her own fears and the secret held by her new friend.

“The Lost Café” is Kenneth Gyang’s third film on the American streaming platform, following “Oloture,” which featured Sharon Ooja, Omoni Oboli, and rapper Ikechukwu and was published as a Netflix Original in 2020.

According to Nollywood insiders, Kenneth Gyang is currently involved in an unnamed project, which might also end up on Netflix.

For her part, Udalor is working on the “Golden Brush” show, a reality TV project featuring make-up artists selected from across Nigeria. “We will announce the show when we are through with one or two touches,” she said. “For now, we are focused on The Lost Café, which every lover of film—and anyone contemplating immigration—should definitely see.”