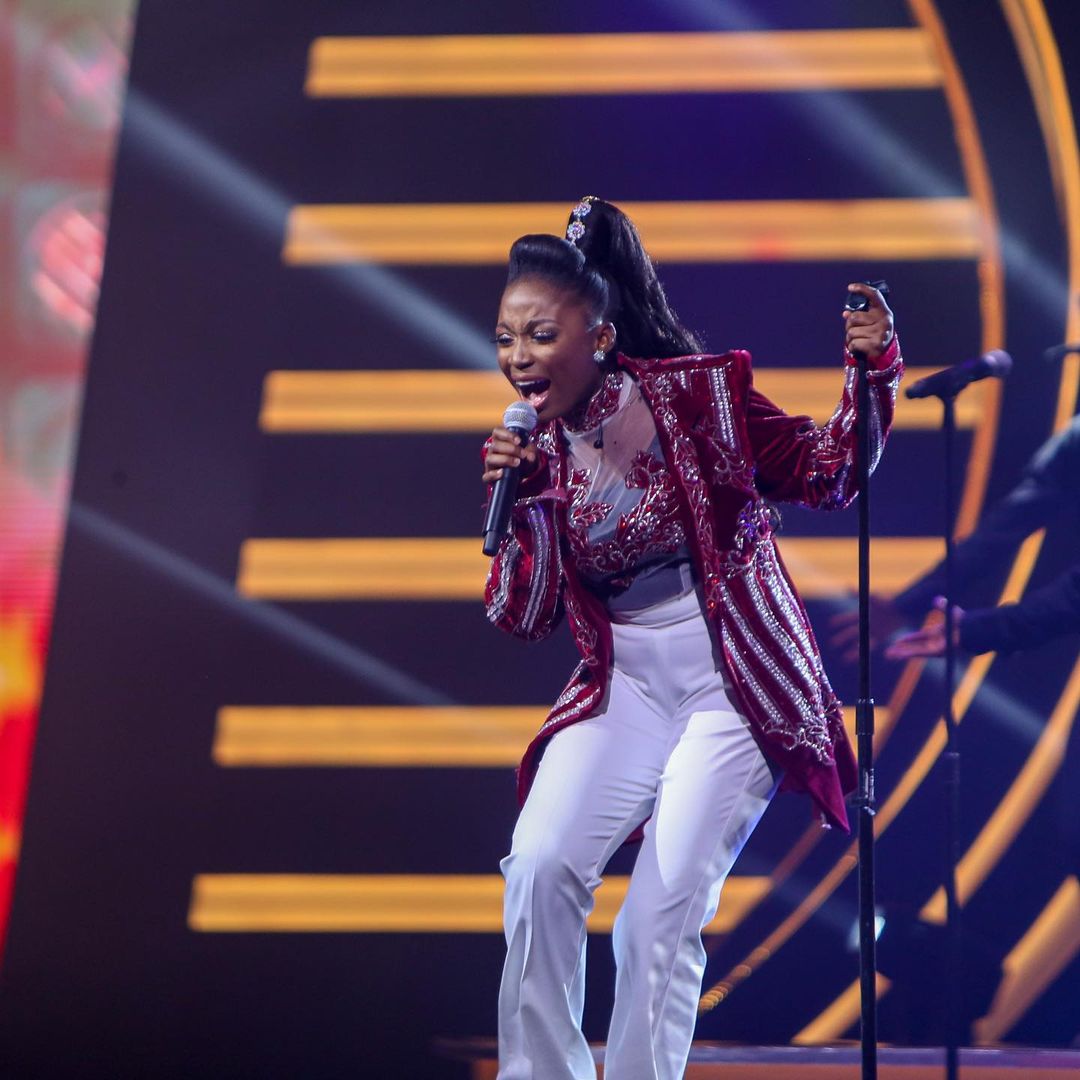 Congratulations to #TeamDarey‘s Esther Benyeogo as she emerges as the winner of the third season of “The Voice Nigeria“.

The top three for the show was Esther and Kpee in #TeamDarey and Eazzie in #TeamWaje. Esther topped the three finalists to win N10 million in cash, a car, and a record deal with Universal Music Nigeria.

Out of the 25 contestants, Naomi Mac, Esther, Dapo, Kitah, Kpee, and Eazzie made it to the final stage.

So far, the show has aired 17 episodes, providing a continuous dose of amusement to its audience and fans throughout the world. Blind auditions were first, followed by knockouts, combat rounds, and ultimately live concerts.

Check out her previous performances below: