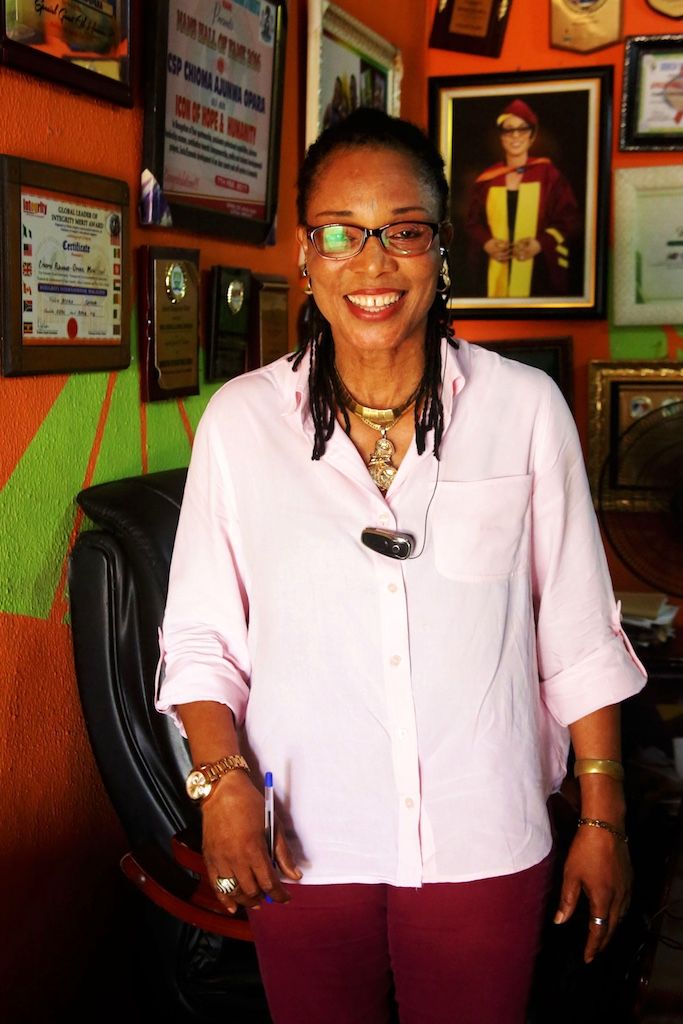 In the summer of 1996, during the Olympic Games in Atlanta, Nigerian athlete and police officer Chioma Ajunwa, unleashed a giant leap of 7.12m on her first attempt in the long jump final and that was enough to give her the gold medal, the first for her and for her nation.

Chioma Ajunwa had no idea just how important her victory at the 1996 Summer Olympics was – until Nigeria announced a three-day national holiday in her honour.

Speaking in her offices, where, as Assistant Commissioner of Police, she makes it clear she is a no-nonsense police officer first and a sports celebrity second, she still comes across as modest and unassuming. Her words and her attitude to life belie just how much work went into her unique achievement.

“I am proof anyone can rise to the top, irrespective of background,” said Ajunwa, Nigeria’s first and only individual Olympic goal medalist.

However, when your honours list includes playing both in a World Cup Football competition and winning a gold medal at the Olympics – you can hardly be described as “anyone”.

That is how Ajunwa likes to put it, however and one would have to think twice before trying to correct her. Her gold medal – the first for any African woman field athlete – remains significant enough for her name to resonate with young women athletes and would-be Olympians, across Nigeria and beyond.

Which is a good thing because, in addition to being a policewoman, Ajunwa runs a program to nurture Nigeria’s athletic talent that is proving extremely successful. In May, she teamed up with fellow ex-Olympian, Henry Amike, unveiling a nationwide programme, dubbed Olympics Talent Hunt, to enrol more women in sport and improve Nigeria’s performance in future Olympics. Plans are also afoot to unveil a 14.5 million US dollar ultra-modern Sports Development Centre in Owerri, the capital of Imo State in Nigeria. 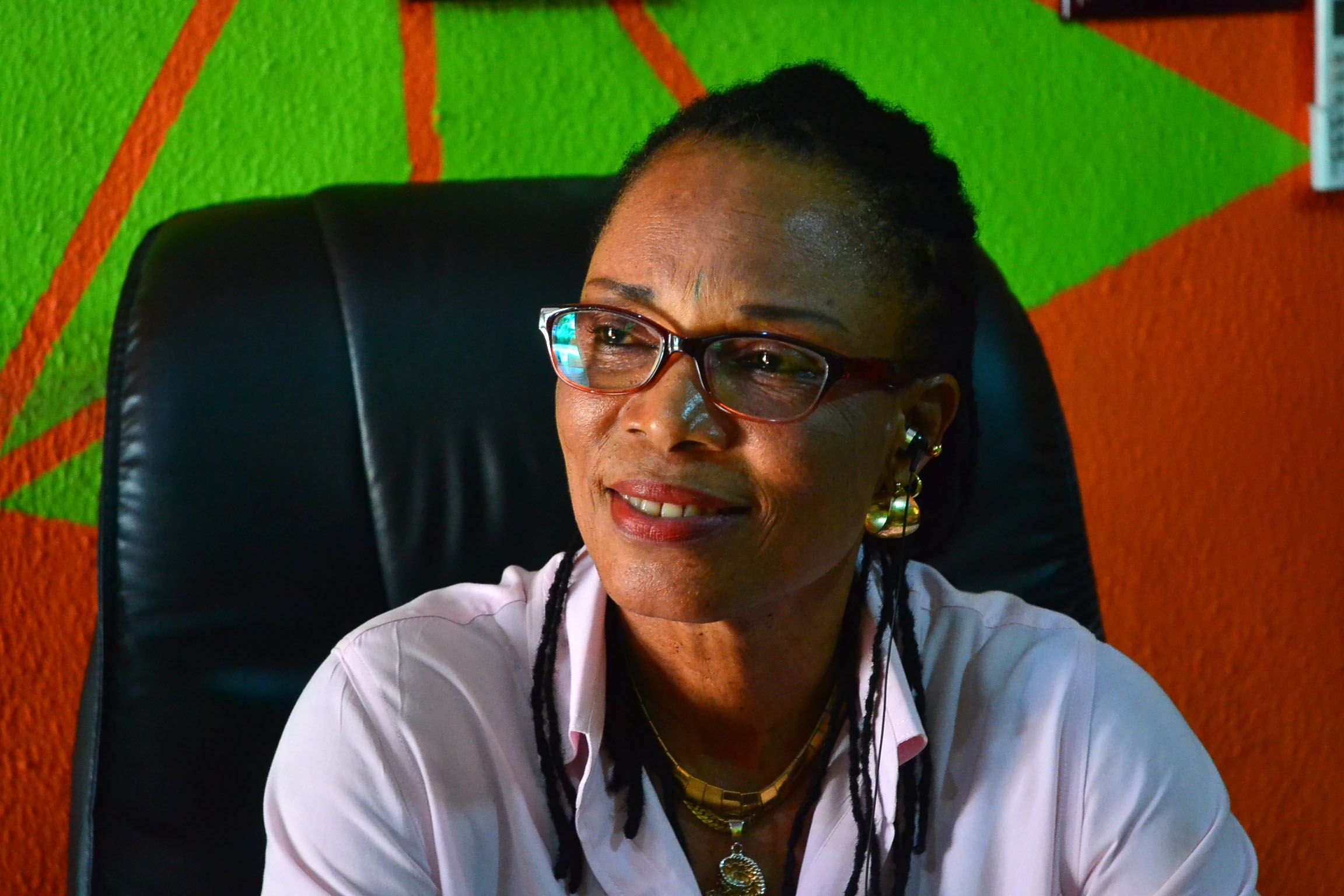 As Ajunwa would like to tell it, however, she started out as an “innocent kid” playing football in the quiet confines of a village in Ahiazu-Mbaise, in Imo state. She may be modest but she is not afraid to tell the world that hard work is required in order to get places.

Football, she said, was her first love.

“I started as a young girl, a teenager playing football as a “moonlight girl”. Along the line, it became part and parcel of me.”

A prolific striker, she went on to represent the country with Super Falcons in their maiden outing at the FIFA Women World Cup in 1991, in China.

She cut short her days with the Super Falcons after falling out with the head coach and then switched to her second love, athletics.

Already, she had more than proved her abilities in the long jump, 100m and 200m, finishing the 1990 Commonwealth Games with a bronze and two gold medals and also performing well at the 1991 All Africa Games. Then, difficulties beset her and it was only an intervention by her then-boss at the Nigerian Police, Segun Odegbami – himself a former international star with the Super Eagles – that saved her career, she said.

“He took me up and sent me to the UK, where I concentrated on my training, under a very strict schedule,” she explained.

That was a turning point. She took part in the trials for the 1996 Olympics and made the cut-off that qualified her for Atlanta.

Her jump won her the Olympic gold medal. On that memorable day in the summer of 1996, when Ajunwa was called to the podium for the medal presentation, however, she still did not realise its import.

“Honestly, I won the Olympic gold medal but I did not know the effect or efficacy of one winning an Olympic gold. When they mentioned my name I felt so happy, I thought it was one of those medals I have been winning before, I did not know that this one was classic, ultimate, the one every athlete dreams to win in life,” she recalled. 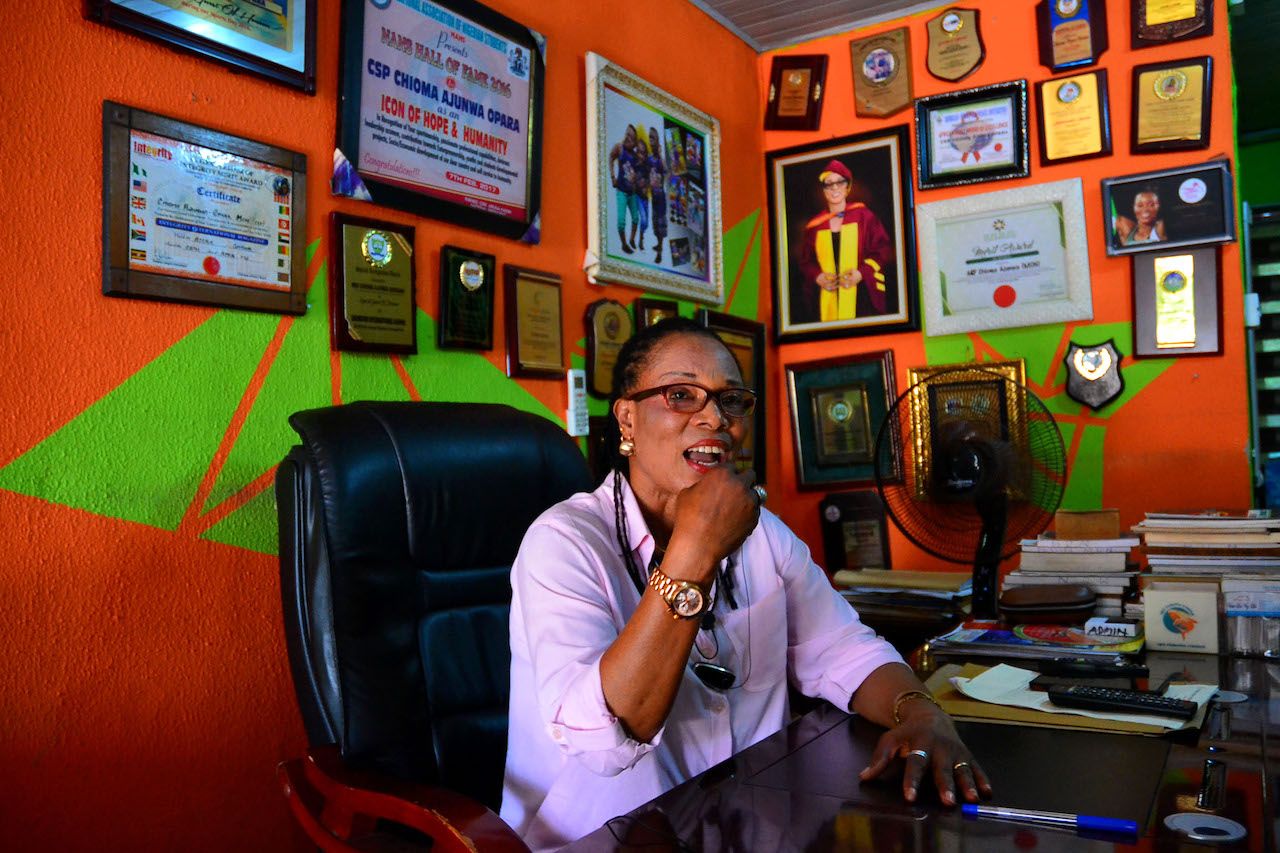 If she didn’t know then, she soon would.

“We transited Senegal. At the airport, I saw (a) massive crowd that came out to welcome us with different dance troupes, drummers and cultural attires. And when we came to Nigeria was the climax of it all. The crowd I met at the airport was overwhelming and unprecedented. Government declared a three-day public holiday, we were driven round the country in a motorcade.”

Ajunwa’s 7.12m Nigerian record, set that day in Atlanta, stood for another 25 years until recently being beaten by another up-and-coming Nigerian athlete, Ese Brume. Brume went on to win Nigeria’s first medal at the Tokyo Olympics, bagging bronze in the Women’s Long Jump event. Ajunwa now hopes to unearth more young women like Brume – and herself – through her Chioma Ajunwa Foundation.

“I wish well for my country, I wish well for my fellow athletes. It has been in history that Chioma Ajunwa was the first and only woman athlete to jump 7.12m. What else do I want? I have put in a lot another person should come and take over that is when it will show that we are doing well and that is why I’m joyous and I wish Ese Brume well and other athletes, too,” she said, days before the Tokyo Games.

There is no denying the pride in her own achievements, however.

“When you go to the track Chioma Ajunwa is the first human being on planet earth that played football to World Cup level, switched to athletics and won Olympic gold,” she said. Finally, a sense of the iron will that must have propelled a young Nigerian woman to Olympic gold that summer’s day in 1996.

Today, besides being a policewoman and a sports advisor, Ajunwa is also a masters degree holder who espouses education – as well, of course, as hard work.

“Immediately I left the track I went back to school, I dropped fame, everything and headed to the University of Lagos (Unilag) for my first degree in… health education. I never relented. I went back for my Master’s degree in Sports Administration and Management. What I’m trying to say is in life everything you want to do is in your hand, it depends on how you work towards it.”

That ethic of hard work is now being directed at new training facilities and bringing on a new generation of Nigerian athletes. Given her history, she is very likely to succeed.

“It’s not for me it’s for our new generation.”

They Said I Couldn’t: Author, Orator, Poet Maryam Bukar is using global platforms to break stereotypes in Northern Nigeria & Beyond