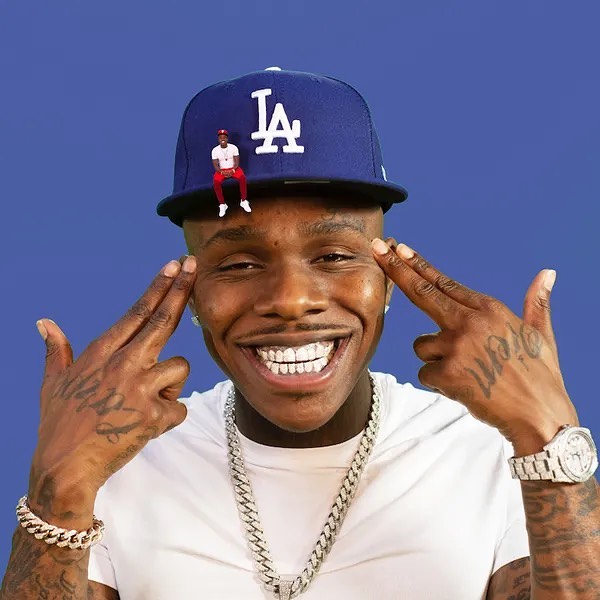 After getting called out by several celebrities including Madonna and Elton John, and being dropped from the final day of Chicago’s Lollapalooza and the lineup of New York City’s upcoming Governors Ball, American rapper DaBaby has finally tendered a public apology for the comments he made at Miami’s Rolling Loud festival last month.

During his Rolling Loud festival performance in Miami, DaBaby requested that fans turn on their cellphone flashlights if they “didn’t show up today with HIV/AIDS, any of them deadly sexually transmitted diseases that will make you die in two to three weeks, ”  The Hollywood Reporter says.

When he initially got criticism for his statement, DaBaby provoked more controversy when he said his gay fans “don’t have HIV/AIDS” because they’re not “nasty” or “junkies.

However, when the criticisms began to cost him some deals, he tendered an apology on social media saying, “Anybody who done ever been affected by AIDS/HIV y’all got the right to be upset, what I said was insensitive even though I have no intentions of offending anybody. So my apologies. But the LGBT community… I ain’t trippin on y’all, do you. y’all business is y’all business.”

But that didn’t cut it for the rapper. He continued to receive backlash and eventually got dropped from the final day of Chicago’s Lollapalooza and the lineup of New York City’s upcoming Governors Ball, which he had been enlisted for.

On Monday, DaBaby released an official statement on Instagram, apologizing to the  LGBTQ+ community for the “hurtful and triggering” comments he made and for his “misinformed comments” about HIV/AIDS. “I know education on this is important,” he added.

In DaBaby’s words, “Social media moves so fast that people want to demolish you before you even have the opportunity to grow, educate, and learn from your mistakes. As a man who has had to make his own way from very difficult circumstances, having people I know publicly working against me — knowing that what I needed was education on these topics and guidance –has been challenging. I appreciate the many people who came to me with kindness, who reached out to me privately to offer wisdom, education, and resources. That’s what I needed and it was received.” 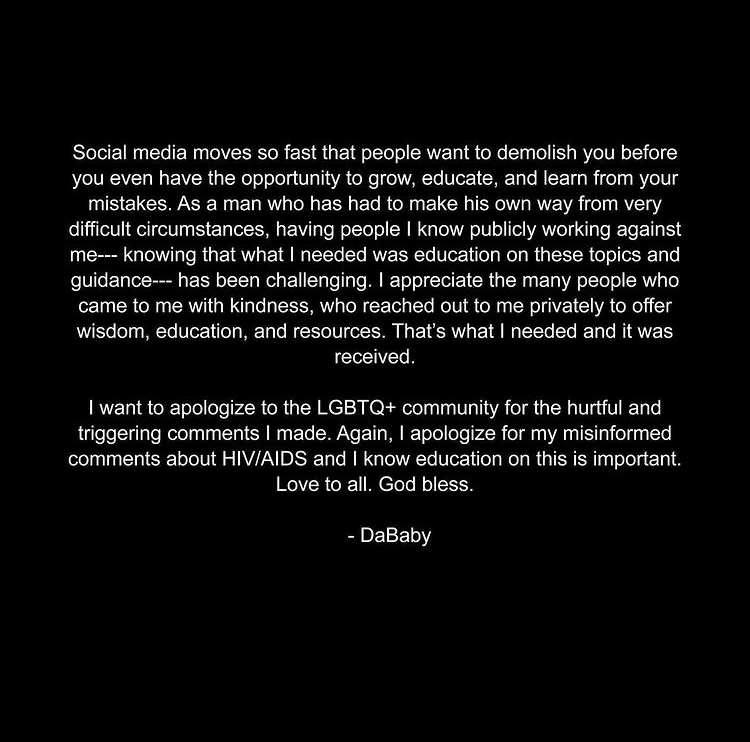