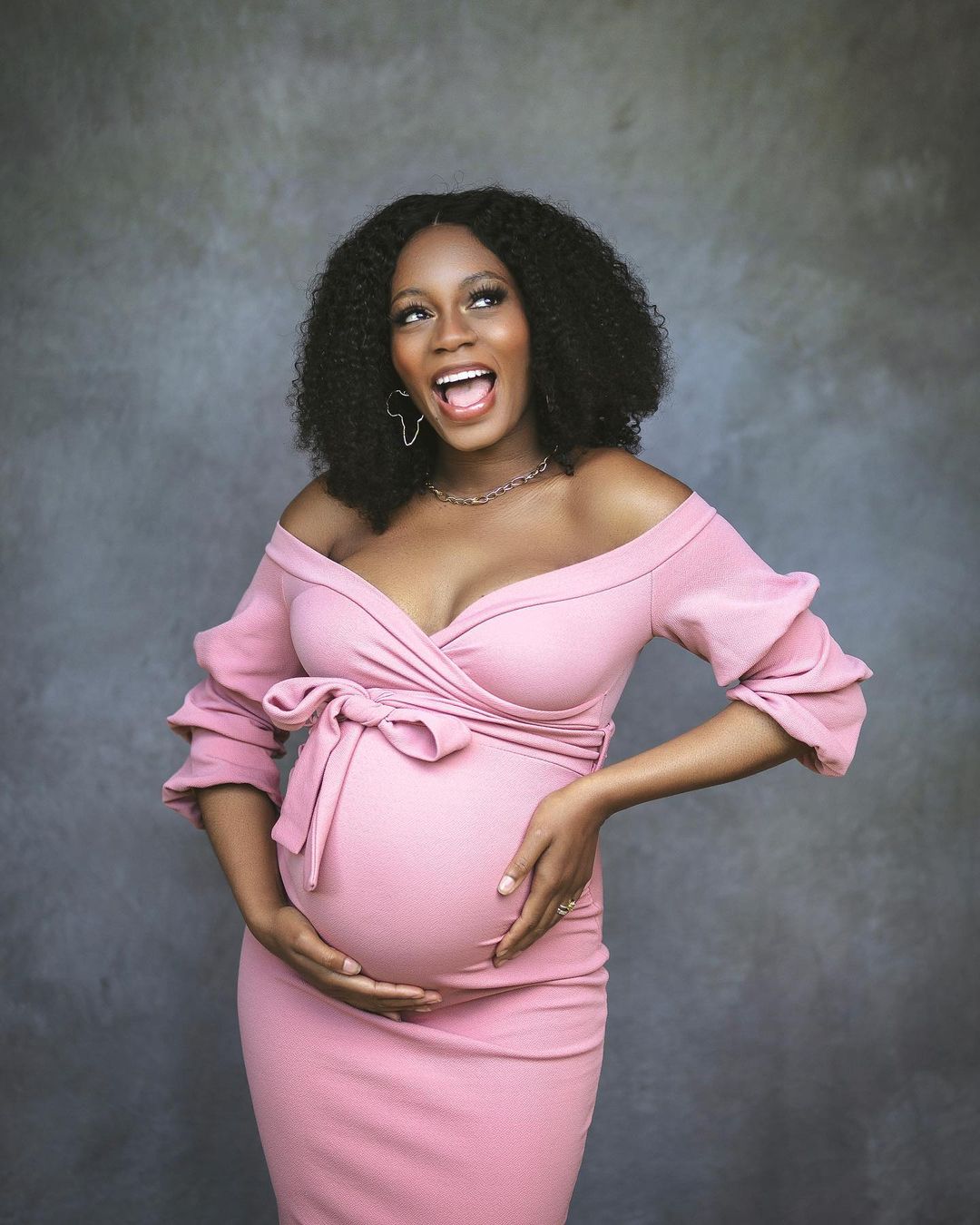 And the winning team is… Team BLUE!

Big Brother Naija 2019 couple, Khafi Kareem and Gedoni Ekpata unveiled their newborn boy to the world for the first time today, August 22, 2021, on their Instagram live.

Mom and Dad chatted to their fans while having a gender reveal, indicating it’s a boy before sharing the news of their new arrival.

Gedoni looked thrilled to be Dad as he said to the fans. “He’s very active like his mum.”

She also posted a selfie of herself carrying her child after the birth. The photo was accompanied with a caption; “Our Miracle is here, and HE is perfect. Thank you to everyone who joined our live gender and BABY reveal ? – SURPRISEEEEEE!!!.”

Gedoni also posted the same photo on Instagram with the caption; “What a feeling.. “My world in one frame” (now I can relate to this saying). I feel so blessed that God found us worthy to nurture and raise one of His very own. #Gratefulheart #Godpikin.”

In July, the couple revealed that they were expecting their first child with a cute Instagram picture.

Congratulations again to the couple on their new arrival!

Funke Akindele-Bello Shares Her Story of Love, “Omo Ghetto: The Saga” & 2020 on “#WithChude”