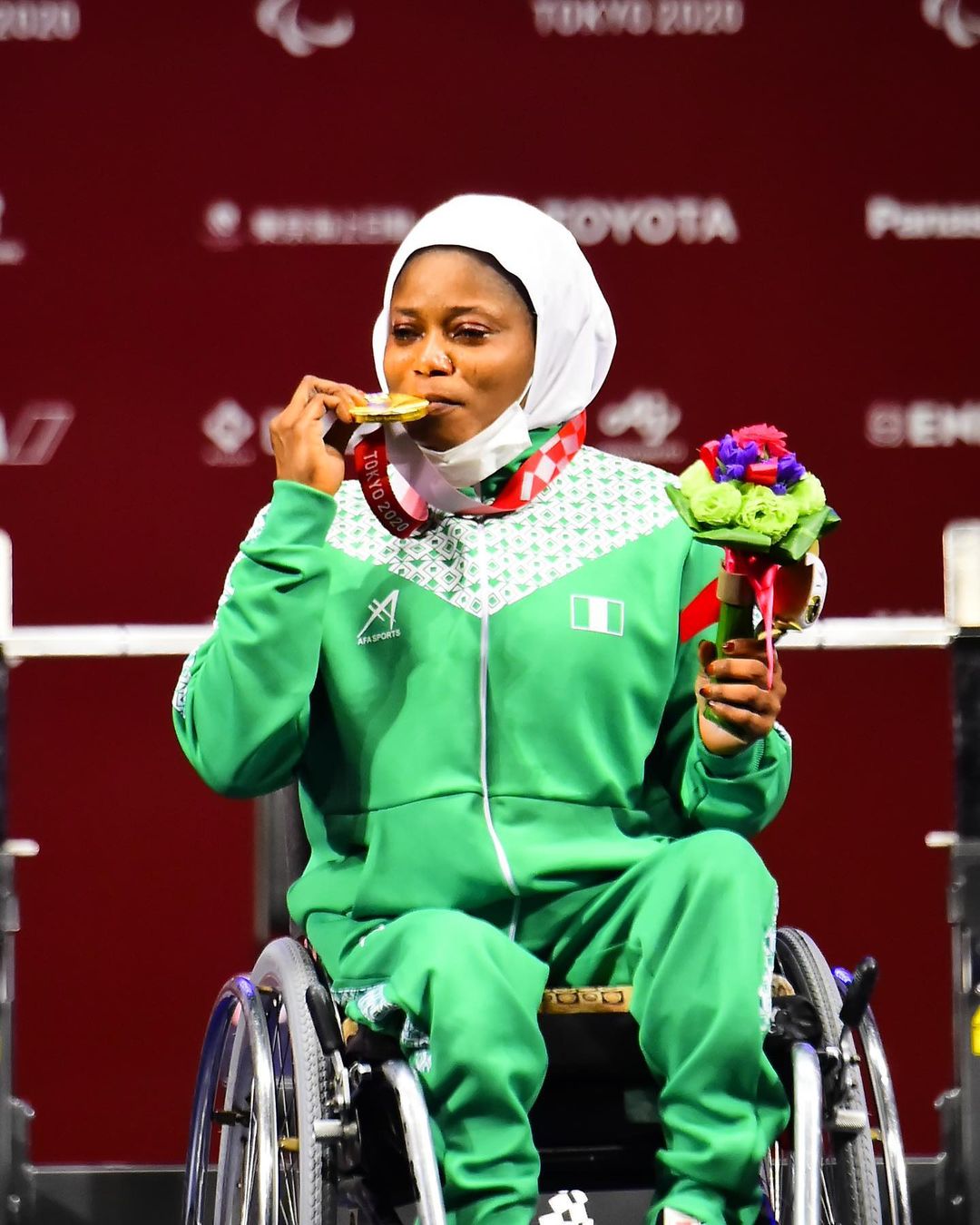 After beating China’s Zhe Cui and lifting 107kg to finish ahead of the competition, the 39-year-old Ogun state native won the medal in the women’s 45kg powerlifting competition. She adds this gold to the one she won in the Brazzaville Africa Games in 2015.

In 2016, she won a silver medal at the Rio Paralympic Games. She came second in the women’s 45kg category after lifting an impressive 106kg just a kilo behind China’s Hu Dandan who set a new world record with her 107kg lift.

At the 2019 World Para Powerlifting Championships, she also took bronze in the women’s 45 kg event.

Congratulations Latifat, we’re rooting for you!

#BNCelebratesOlympicsExcellence is our special column spotlighting inspiring stories from and about Nigerian athletes at the #Tokyo2020 Olympic Games.