MIPAD set to unveil its People of African Descent 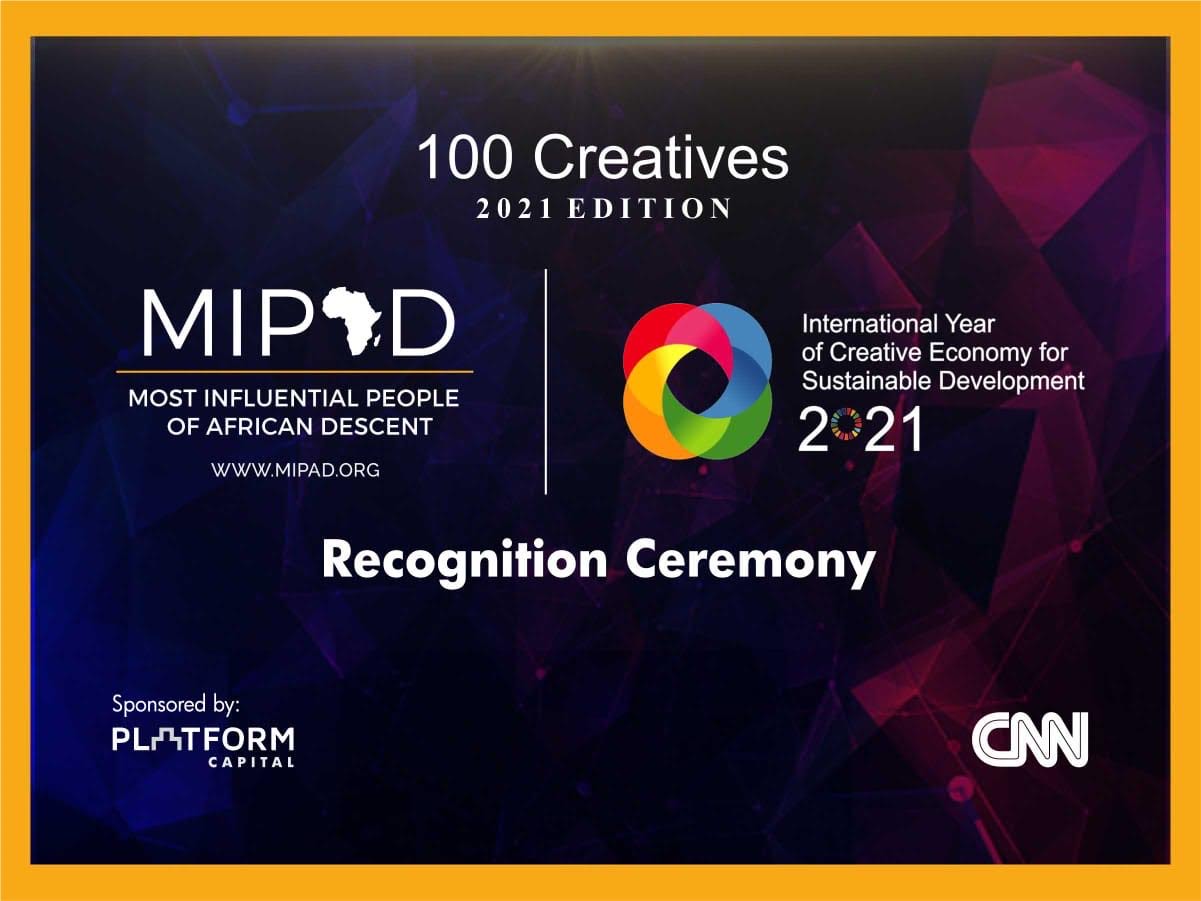 There are strong indications that a select few Nigerians will fly the country’s flag high when the Most Influential People of African Descent (Mipad), unveils the two global 100 lists of Most Influential People of African Descent,  in the Creative 100 Edition and the 100 Under 40 Edition, for the year 2021 on October 3rd, 2021.

These global 100 lists which aim at amplifying global black narratives of excellence, will be unveiled during the Mipad’s annual Recognition Week following the opening of the 76th United Nations General Assembly in New York City. The Nigerian honorees in the Creative 100 Edition, like their counterparts in the world, are selected for distinguishing themselves in the creative industry.

Kamil Olufowobi, Chief Executive Officer, Mipad, said that the global lists are in continuation of the Group’s efforts towards highlighting and showcasing the positive contributions made by people of African descent worldwide.

“With the declaration of 2021 as the International Year of Creative Economy by the United Nations, Mipad’s Recognition Week 2021 will celebrate high achievers of African descent who are using creativity to uplift and change the narratives for people of African descent worldwide.”

“Mipad working in support of United Nations and partnership with one of the leading global media companies like WarnerMedia, sets the stage for us to further amplify global black narratives to showcase the many untold stories of our struggles and triumphs in every corner of the world, sometimes in unexpected places and high positions,” he added.

Johnita Due, SVP and Chief Diversity, Equity, and Inclusion Officer for WarnerMedia speaking on the partnership said

“We are particularly excited to begin the relationship this year when Mipad is engaged in activities relating to the UN Year of the Creative Economy,” Due continued.

The event from the studio in New York will be streamed to a global audience with live-viewing around the world in cities like Dubai, São Paolo, London, and Lagos.

The Nigerian audience will have an opportunity to follow the proceedings in an event anchored by CNN Nigeria Bureau Chief, Stephanie Busari. The Lagos event will be a memorable night featuring a cocktail reception, dinner, and networking sponsored by the Platform Capital Group, one of the leading providers of investment and advisory services.

“We are obsessed with changing the African narrative, which is why we deploy long-term capital and social capital to our investee companies and work with them to achieve their goals. This is similar to the objective of Mipad, which is to project and celebrate the excellence that people of African descent have achieved,” said Akintoye.

Many notable Nigerians, including top government functionaries, members of the diplomatic corps serving in the country as well as other high-profile invitees are billed to grace the Nigeria viewing center.