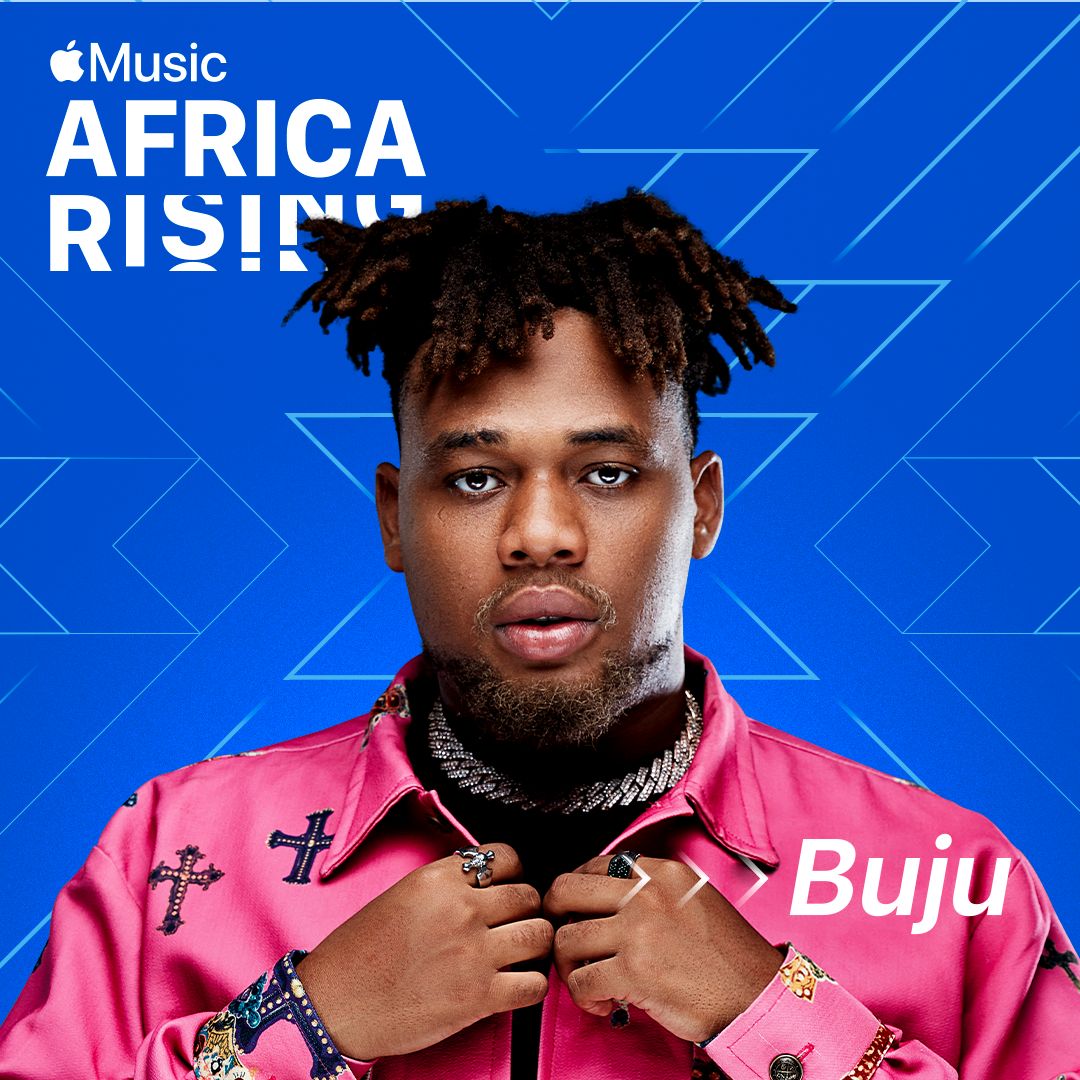 “I’m happy and proud to be the next Apple Music Africa Rising artist’, said Buju. “I appreciate the genuine love and support my fans and the Apple Music team have shown me and I promise to never stop.”

An acronym for “Beauty Underneath Just Understood”, Buju’s calling to be a performer manifested itself while he was unhappily studying IT at university. After fully realising his vision of being a singer, songwriter and record producer, he released his first single “Catch A Vibe” (2018) to hungry ears.

It was his viral hit “Spiritual” featuring Zlatan (2019) that skyrocketed him into the charts, earning him a nomination in the “Rookie of the Year” category at Nigeria’s HipTV Headies Awards the same year, and then a win at the City People Music Awards for “Revelation of the Year” (2020).

Perhaps his biggest career milestone came in 2020 when he released a remix of his hit single “L’Enu” featuring his idol Burna Boy. He has frequently referred to the experience of getting to meet and work with the Grammy Award winner as one of the highlights of his life.

Buju’s debut album “Sorry I’m Late“, available to stream on Apple Music now, is a seven-track tour de force of modern Afrobeats hooks and traditional Afro-rooted melodies, and does an expert job in introducing the essence of his craft to a global audience.

Apple Music’s “Africa Rising” is an exclusive artist development programme and companion playlist geared towards identifying, showcasing and elevating rising talent and introducing the next generation of African superstars.