Burna Boy Chats with Zane Lowe About His New Single "B. D'OR" & 2021 Highlights 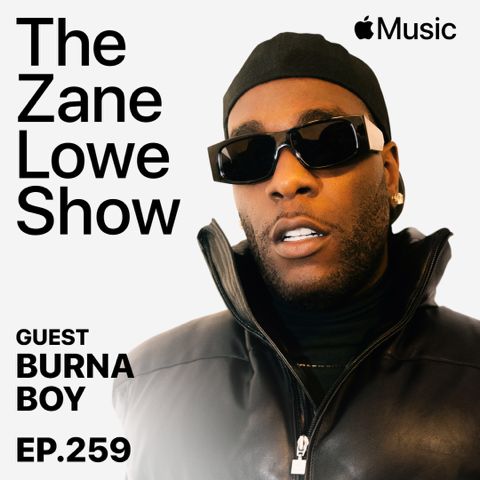 If you’re a lover of Afrobeats, you’ve probably heard about the major collaboration that was recently promised and delivered. Burna Boy teamed with Wizkid on “B. D’OR,” a song inspired by the world’s most prestigious football award, the Ballon d’Or.

Burna Boy spoke on “The Zane Lowe Show,” which aired on Apple Music 1, to discuss the song and his way of introducing African music to the world, as well as his 2021 highlights.

On his mission of telling the African story and bringing African music to the masses:

I see it, and sometimes it brings tears to my eyes. I definitely see it. When I don’t see it, I feel it. You understand? It’s something that is my biggest excitement in the whole thing. That’s really what excites me the most about this whole journey.

On the competition in the music industry:

There’s been too many, man. I don’t know where to start. All the shows, all the festivals, all the awards. I don’t know. I don’t know which one of them feels best. Hopefully, it keeps getting better. This year I kind of made up for a lot of things I couldn’t do last year. I’m thankful for that.

Fuji Vibrations Yaba Edition Was A Night to Remember, All Thanks to FUMAN, Orijin & First Bank