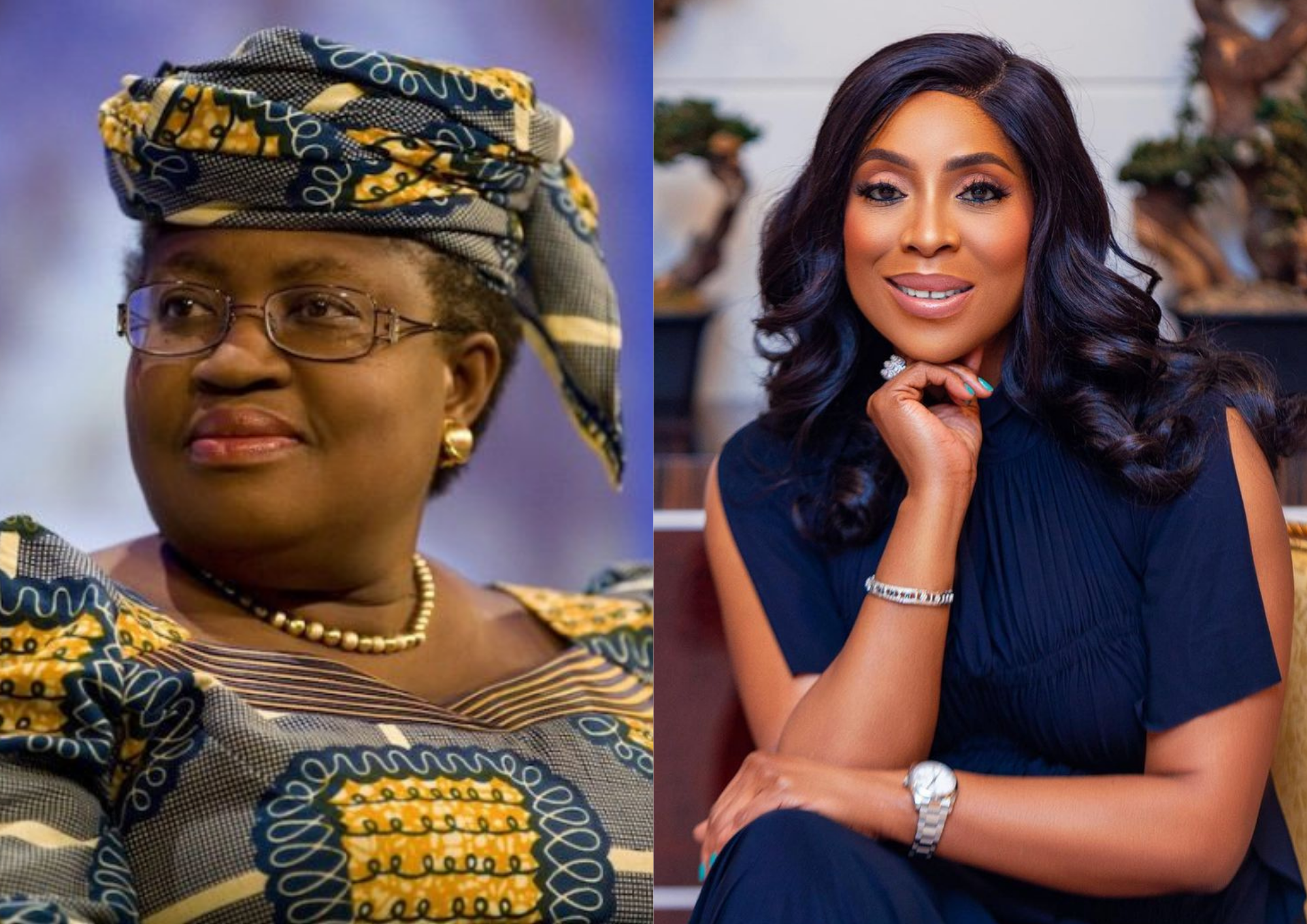 Forbes has released the 18th annual ‘100 Most Powerful Women’ 2021 list which includes “40 CEOs, 19 world leaders, an immunologist and, for the first time in more than a decade, a new number one.”

At number 91 on the list, in the Policy & Politics category, is the first woman and first African to serve as Director-General of the World Trade Organization, Nigeria’s Ngozi Okonjo-Iweala who Forbes describes as “an economist and international development professional with more than 30 years of experience working in Asia, Africa, Europe, Latin America and North America.”

Also on the list at number 98 for Media & Entertainment, is Nigerian media mogul, philanthropist, Founder, EbonyLife Media Mo Abudu, who Forbes describes as “one of the most powerful women in global media.”

Other fabulous women on the list include US TV host Oprah Winfrey at number 23, Barbados singer Rihanna at 68, UK’s Queen Elizabeth II at 70, US’s Beyoncé Knowles at 76, Taylor Swift at 78, Serena Williams at 85 and Tanzania’s President Samia Suluhu Hassan making her debut at number 94. 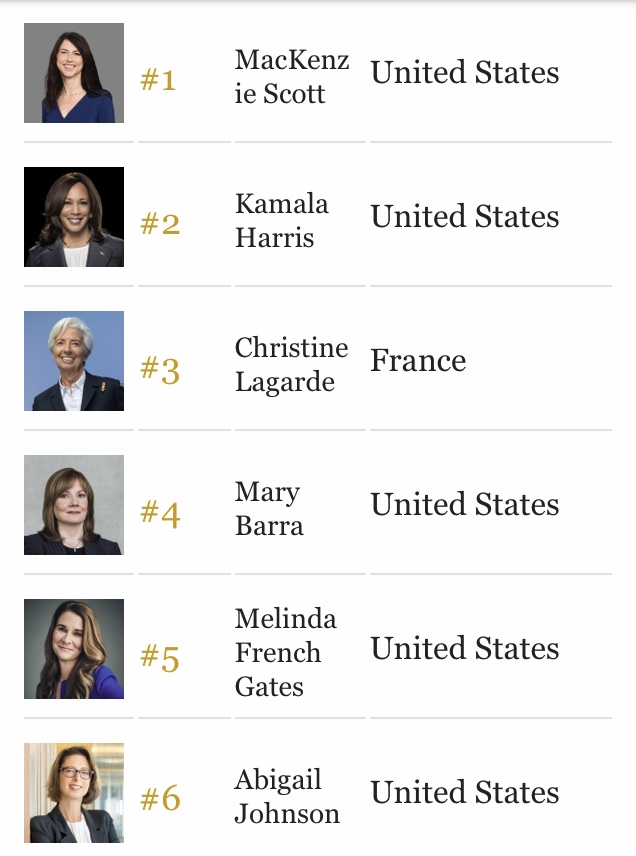 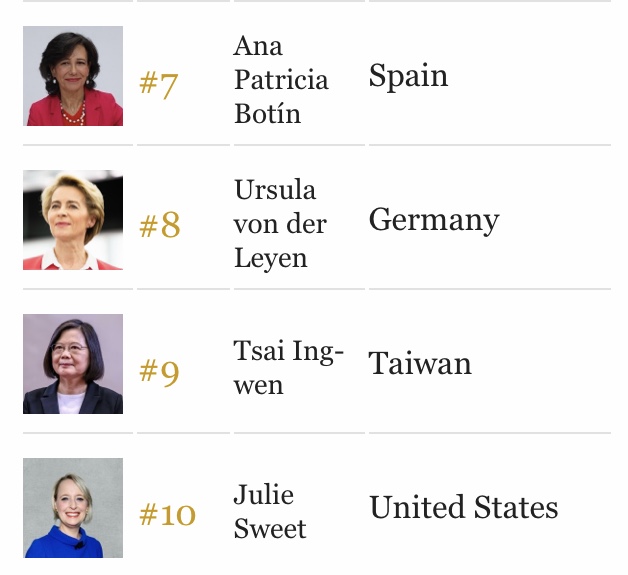 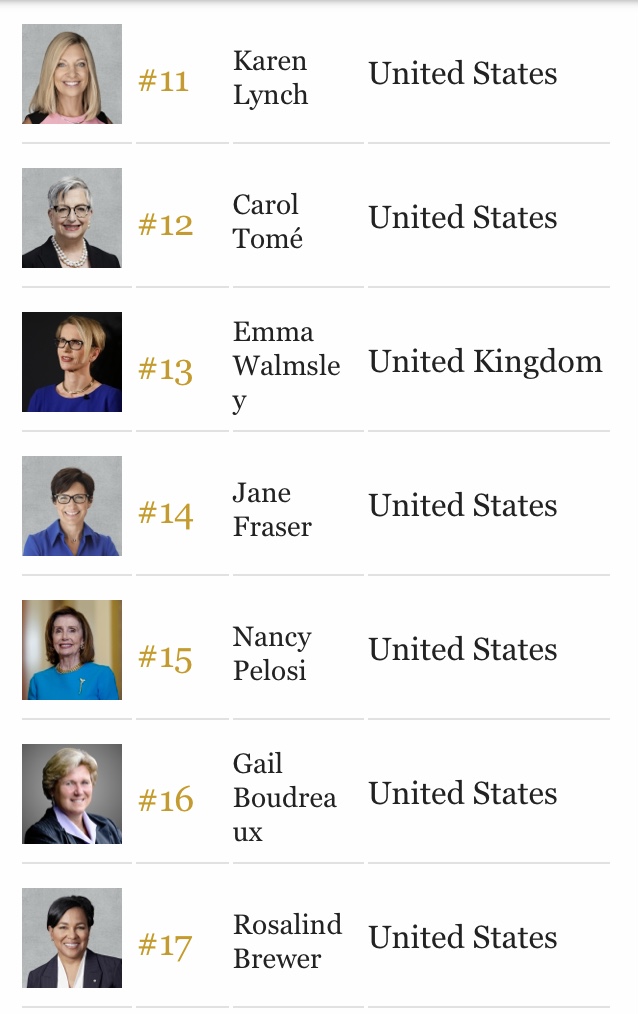 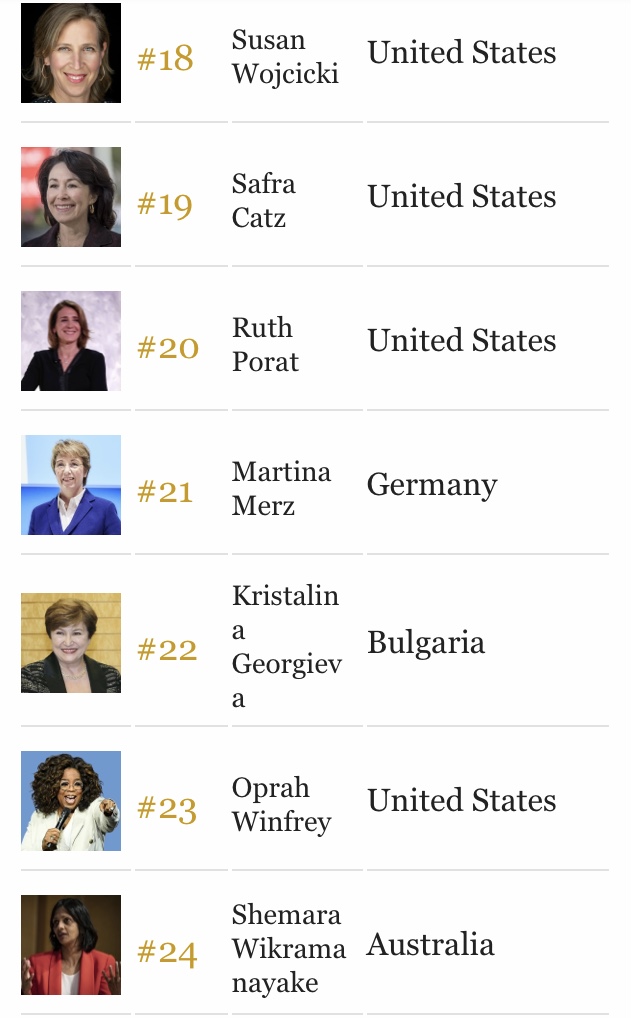 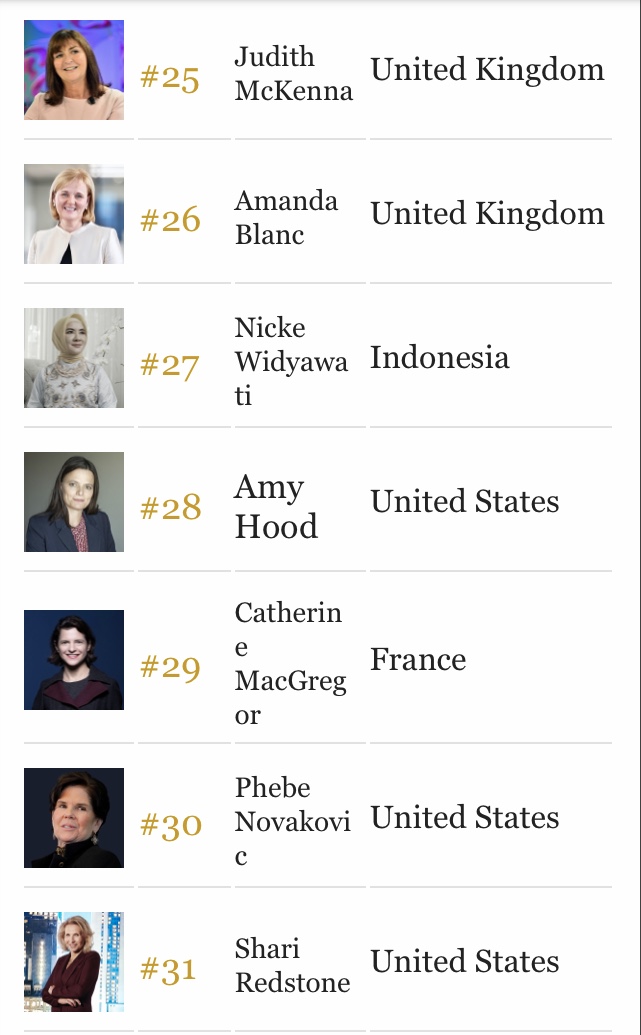 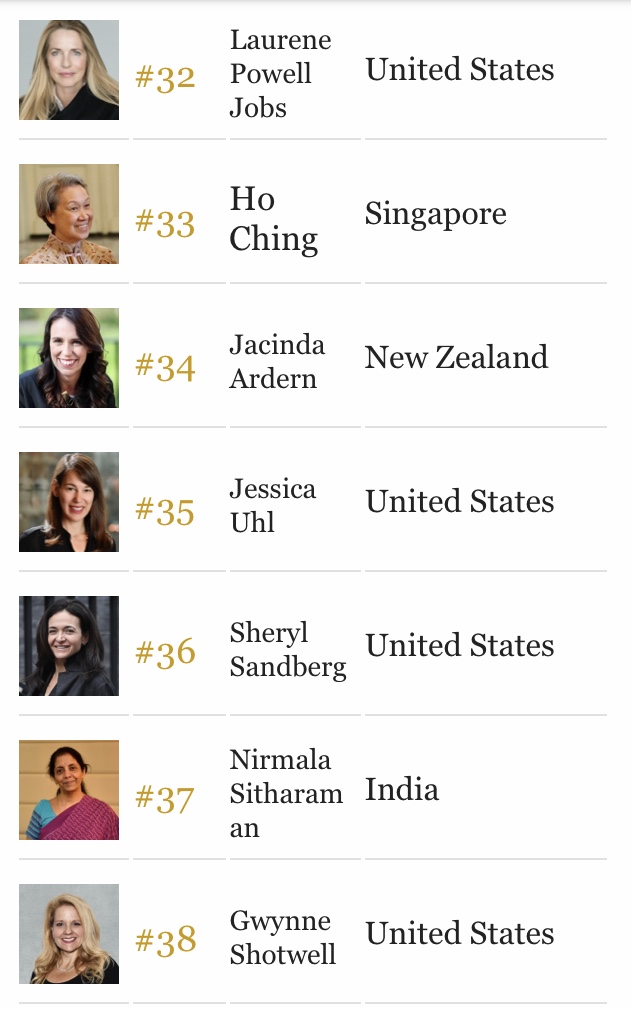 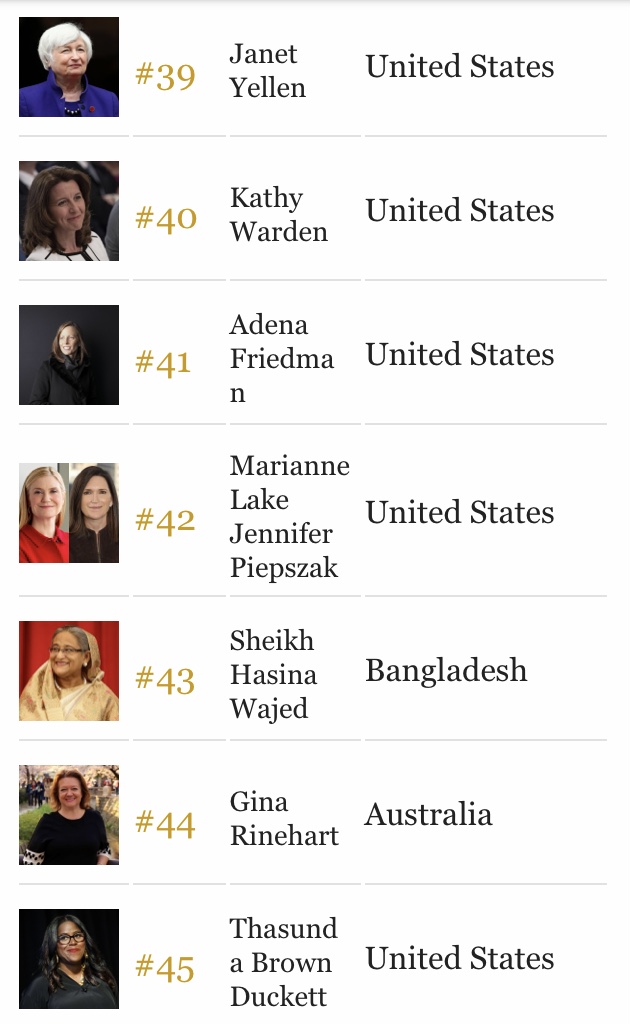 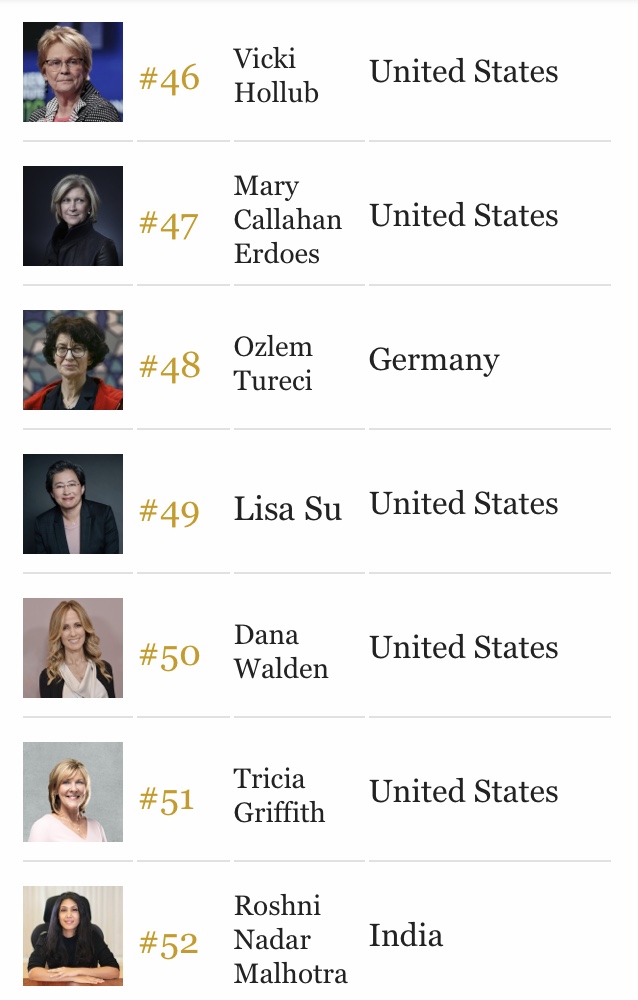 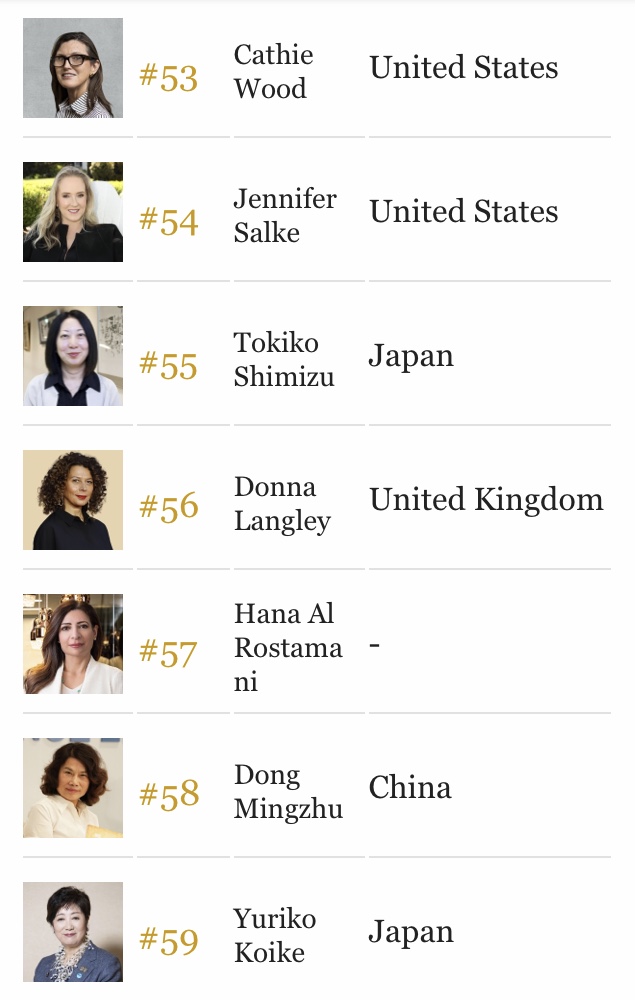 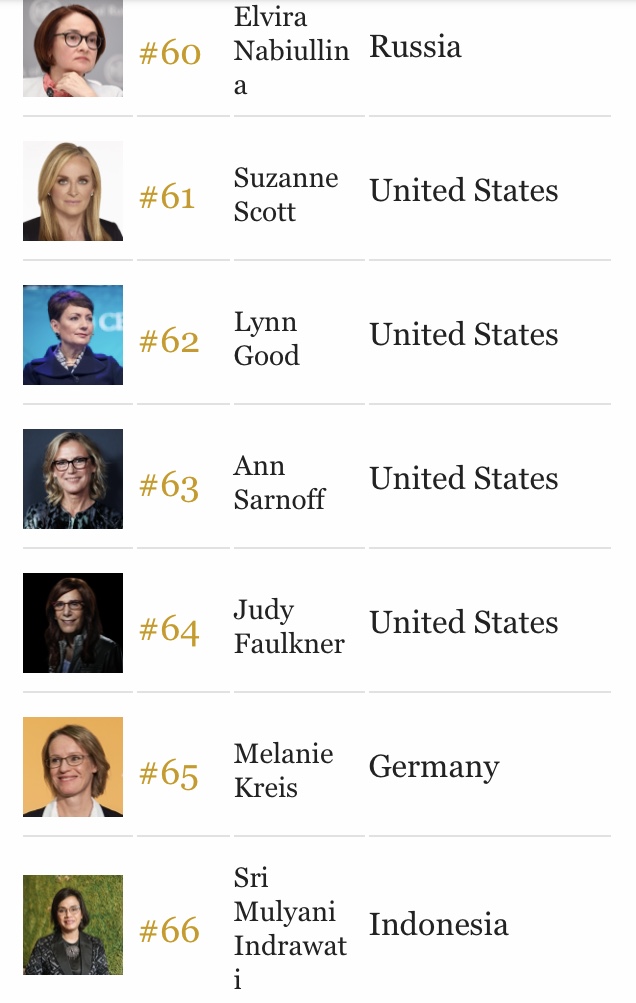 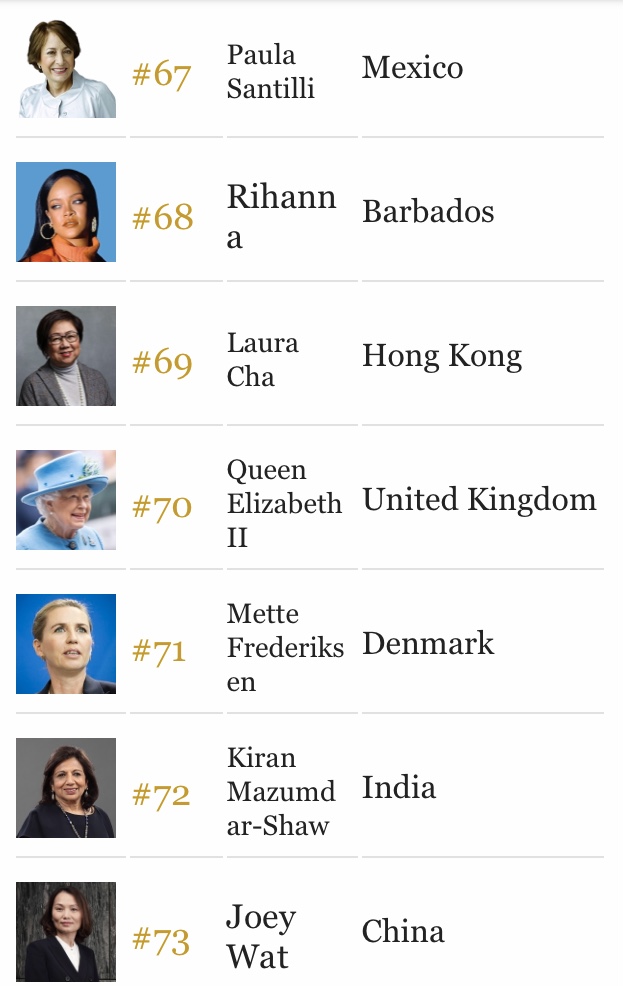 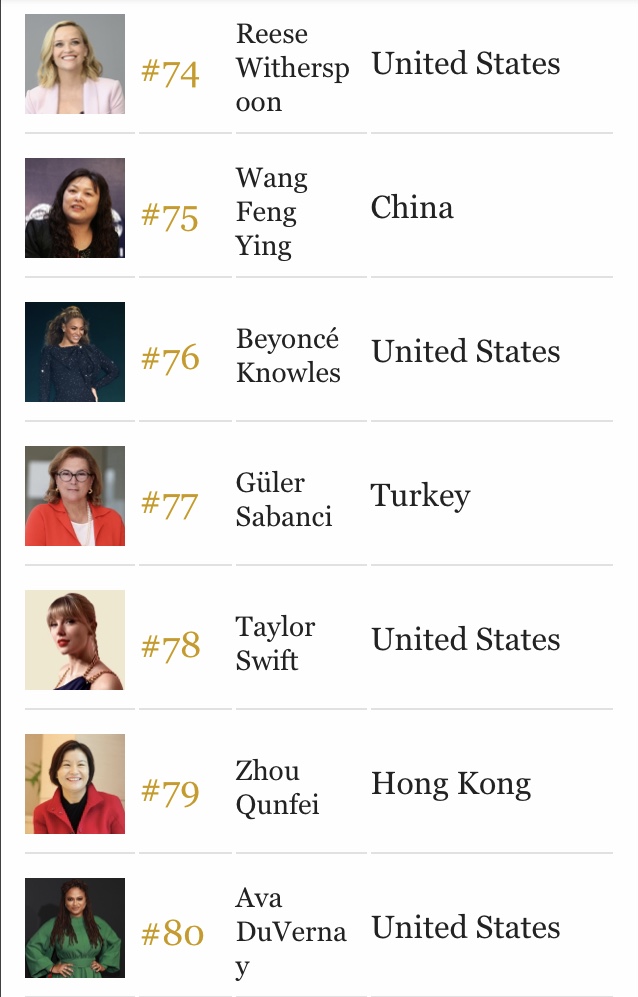 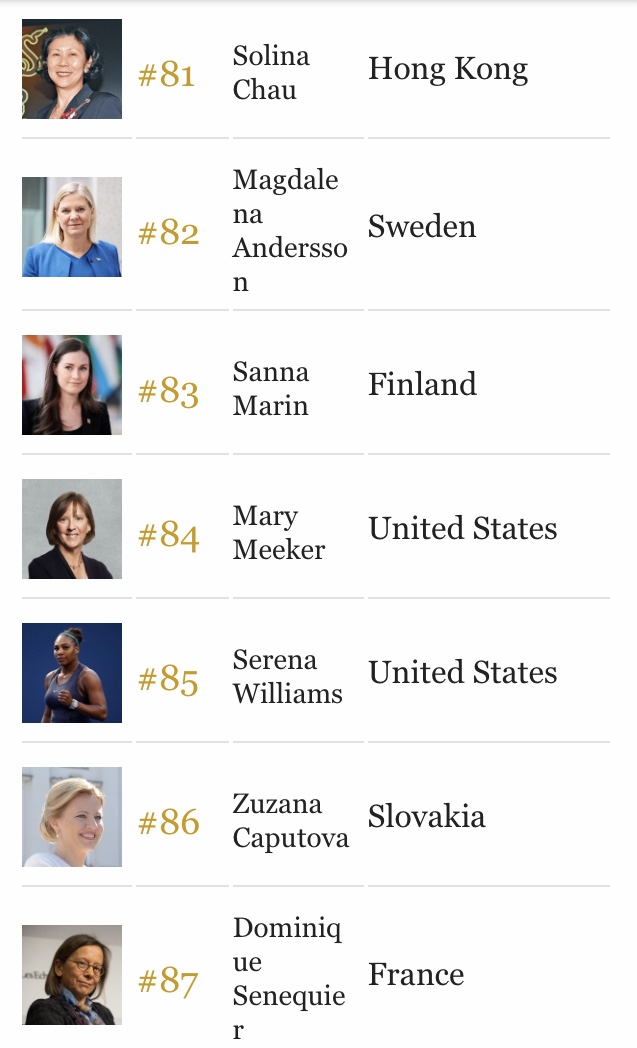 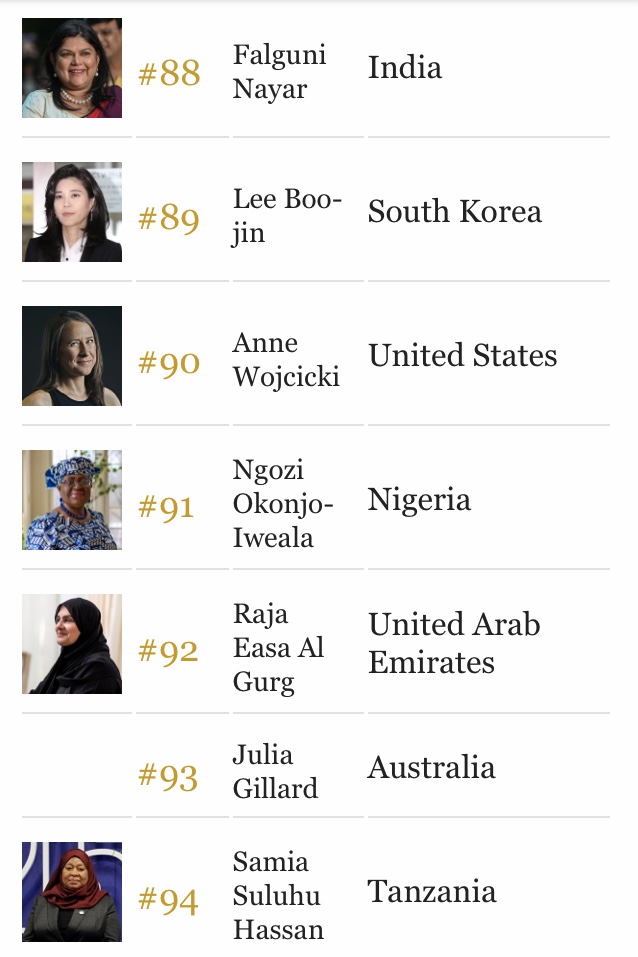 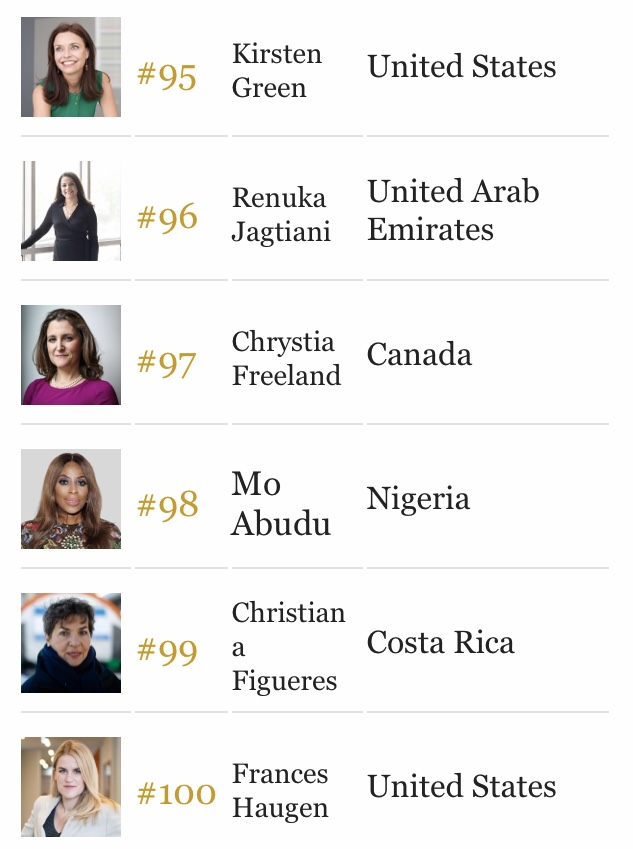