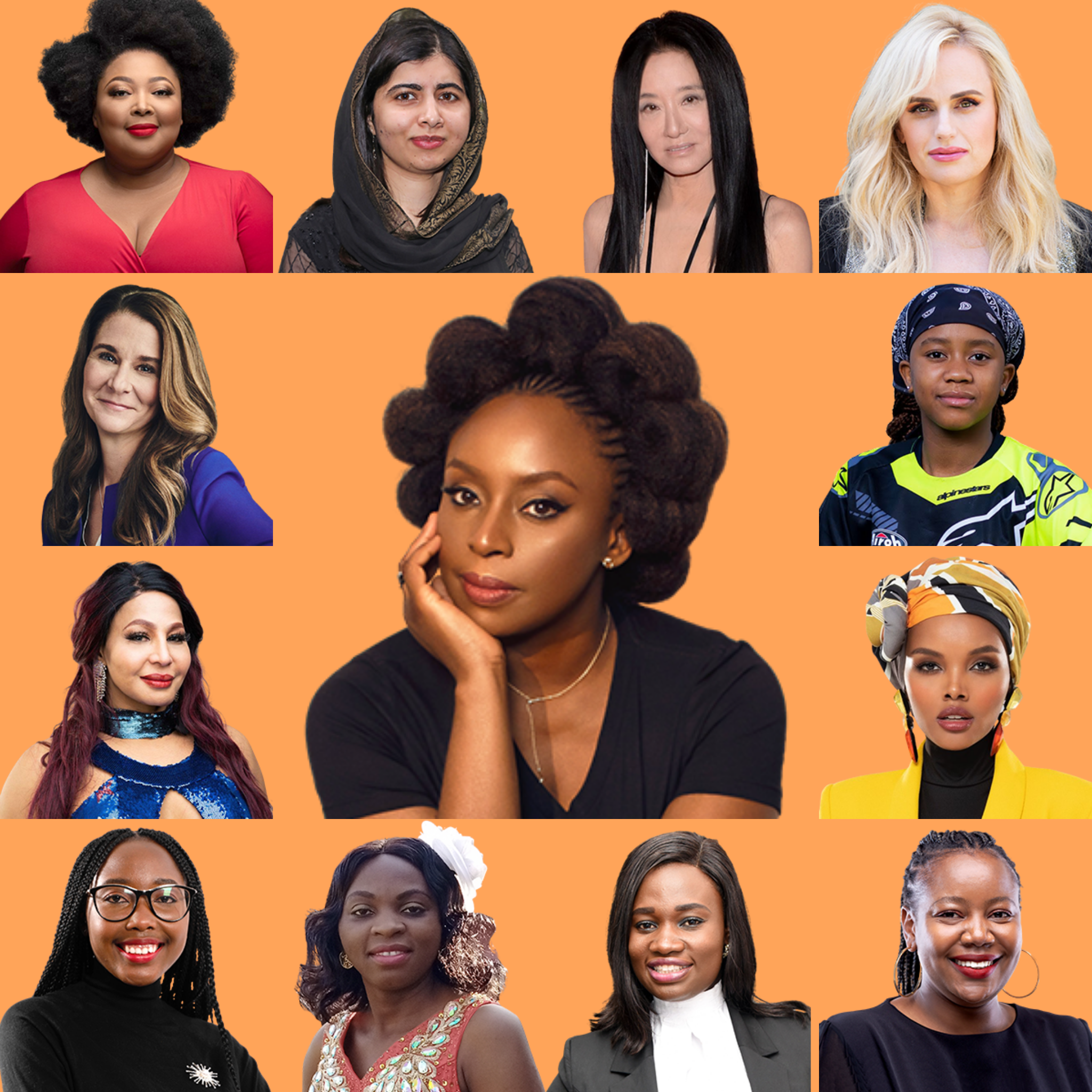 “This year 100 Women is highlighting those who are hitting “reset” – women playing their part to reinvent our society, our culture and our world… Women from Afghanistan make up half of this year’s list, some of whom appear under pseudonyms and without photos for their own safety… This year’s list recognises the scope of the” BBC writes.

We are really proud of the African women, as well as other well-known powerful women from around the world, who have been recognized for their fortitude and achievements. 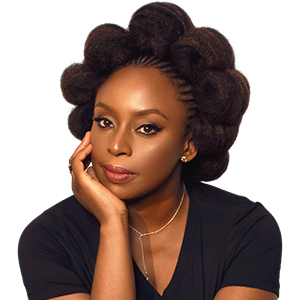 An acclaimed Nigerian author and feminist icon whose work has been translated into more than 30 languages. Chimamanda Ngozi Adichie moved to the US at the age of 19 to pursue a degree in communication and political science. Her first novel, Purple Hibiscus, published in 2003, won a Commonwealth Writers’ prize and in 2013 her novel Americanah was named one of The New York Times’s top 10 books. Adichie’s landmark TED Talk in 2012, We Should All Be Feminists, started a worldwide conversation about feminism and was published as a book in 2014. She recently wrote Notes on Grief (2021), a very personal tribute to her father after his sudden death.

Her quote: “Let’s use this moment to start to think about health care as a human right everywhere in the world – what a person deserves simply by virtue of being alive, not when you can afford it.” 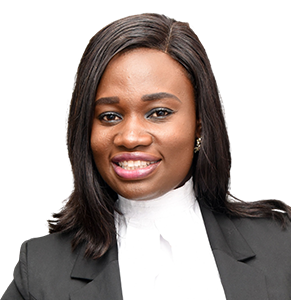 Criminal lawyer and founder of the all-women law firm Headfort Foundation, which offers pro-bono legal services. Based in Lagos, the four-person legal team visits prisons to help poor and wrongly incarcerated inmates who are unable to get bail, as well as citizens enduring long pre-trial detentions (in Nigeria, those awaiting trial makeup about 70% of the prison population). Oluyemi Adetiba-Orija and her team focus on underage offenders, offering them another chance at life outside prison. Since it started operating in 2018, the foundation has provided free legal assistance to more than 125 people charged with minor offences.

Her quote: “For the world to be reset, we all have a role to play! Speak, advocate and support good causes, ensuring freedom and safety for the world” 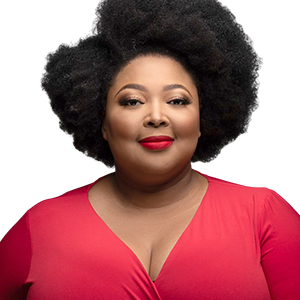 Affectionally known as Doctor T, she is a medical doctor and rights activist for women’s sexual and reproductive health, who advocates for universal health access, HIV care and family-planning services. Dr Tlaleng Mofokeng is currently the United Nations’ special rapporteur on the right to physical and mental health – the first woman, the first African, and one of the youngest people to hold this position. She is also the best-selling author of Dr T: A Guide to Sexual Health and Pleasure. Mofokeng was one of the 2016 winners of the 120 Under 40 award for young champions of family planning, from the Bill & Melinda Gates Institute for Population and Reproductive Health.

Her quote: “How do I want the world to reset? (By) practising self-care as community love.” 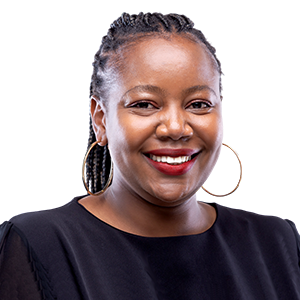 Award-winning journalist Lynn Ngugi is known for her work on the Tuko digital news platform, where she covered a wide array of inspiring human-interest stories. She first worked as a volunteer, caring for cancer patients, and in 2011 she began a media career with Kiwo films and later with the Qatar Foundation. Ngugi is also regarded as a social media influencer and a celebrated media personality in her own country. She won the Cafe Ngoma humanitarian journalist of the year award in 2020 and this year’s iChange Nations community ambassador award.

Her quote: “I’d like the world to reset as a place where everyone feels safe.” 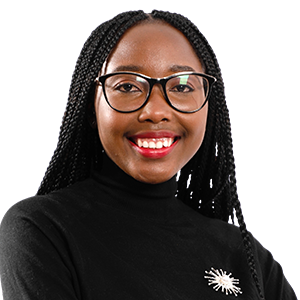 She became one of Africa’s youngest cabinet ministers – aged 23 at the time of her appointment – last year. Emma Inamutila Theofelus is a member of parliament and deputy minister for information and communication technology, with the task of leading the country’s official Covid-19 communication efforts. Before that, she was a youth activist, campaigning for gender equality, children’s rights and sustainable development, a speaker in the youth parliament and junior mayor of the City of Windhoek, where she was born. Theofelus holds a law degree from the University of Namibia and a diploma in African feminism and gender studies from the University of South Africa.

Her quote: “The world can reset through acceleration: we need to accelerate the implementation of all the plans that have been in the pipeline for years. There’s no time for delays. In fact, we have run out of time.” 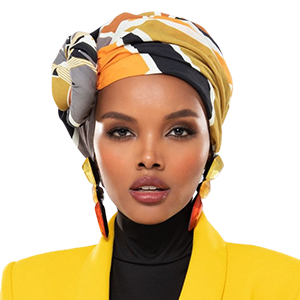 The first hijab-wearing supermodel, Halima Aden is of Somalian descent but was born in a refugee camp in Kenya. In 2017, she signed to one of the world’s biggest modelling agencies, IMG Models, adding a clause to her contract that she would not be asked to take off her hijab when modelling. She was the first model to wear a hijab on the cover of British Vogue, Allure and Sports Illustrated’s swimsuit edition. Aden campaigns to improve awareness and visibility for Muslim women and was a Unicef ambassador for children’s rights. In 2020, she stepped away from modelling as she found it incompatible with her Muslim faith, but she continues to make an impact within the fashion industry and beyond. 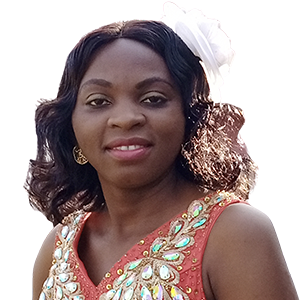 Using beekeeping as a strategy to control bushfires, the organisation that Sevidzem Ernestine Leikeki founded has trained more than 2,000 bee farmers in honey production, quality control and beeswax extraction, and has planted more than 86,000 “bee-loving” trees to fight deforestation. Leikeki is a founding member of Cameroon Gender and Environment Watch, which focuses on the country’s environmental issues and especially the role of women in natural resource management. She believes forests can be conserved through community-wide efforts, such as the 20,000-hectare Kilum-Ijim Forest project in the northwest of the country.

Her quote: “I want a world where the ecological and socio-economic rights of women in forest conservation and livelihood initiatives are given full consideration.” 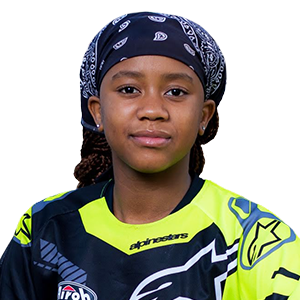 Taking on the male-dominated world of motocross, or off-road motorcycle racing, Tanya Muzinda has become her country’s off-road circuits champion. She is the first Zimbabwean woman to win a motocross championship since the competition started in 1957. Inspired by her father, a former biker, she started training when she was five. Now 17, Muzinda hopes to be the first black African to win a women’s motocross world championship. In 2018, she was crowned junior sportswoman of the year by the African Union. With her motocross earnings, she engages in charitable work, paying tuition for around 100 students to attend school in Harare.

Her quote: “I don’t want to reset the world – it was never perfect. There was always some good and some bad. Let’s fix the present so future generations don’t have to fight for the same things we fight for” 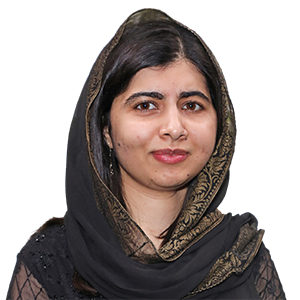 The youngest-ever Nobel Peace Prize laureate, Malala Yousafzai is a Pakistani girls’ education activist and UN messenger of peace. She has spoken up for the right of young women to education since she was 11. Her activism began with blogs for the BBC about living under Taliban rule in Pakistan and the ban on girls attending school. In October 2012, a gunman boarded her bus, looking for her, and shot her in the head. Following her recovery, she has continued her work as co-founder of the non-profit Malala Fund, aiming to build a world where every girl can learn and lead without fear. 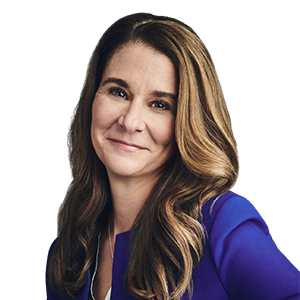 Philanthropist, businesswoman and a global advocate for women and girls. Melinda French Gates sets the direction and priorities of one of the world’s largest philanthropic organisations in her role co-chairing the Bill & Melinda Gates Foundation. She is also the founder of Pivotal Ventures, an investment company working to drive social progress for women and families, and author of the best-selling book The Moment of Lift. French Gates has a degree in computer science and an MBA from Duke University. She spent a decade developing multimedia products at Microsoft before leaving the company to focus on her family and philanthropic work. 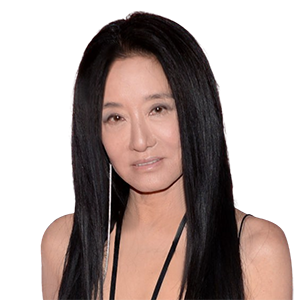 A prominent bridalwear designer who has been at the forefront of fashion since the 1970s, Vera Ellen Wang has expanded her business to include fragrance, publishing, home design and more. She was born in New York to Chinese parents and was a senior fashion editor at Vogue and then a design director for Ralph Lauren. She is also a talented figure skater and competed professionally throughout her teens. She is a member of the prestigious Council of Fashion Designers of America, which honoured her with the Lifetime Achievement Award in 2013. 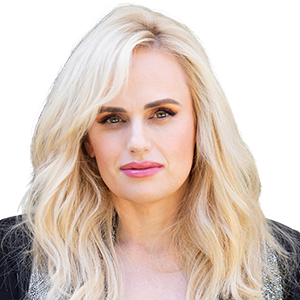 Hollywood megastar: actress, writer, producer and director – and a law graduate. Her acting career began on Sydney stages, where she often wrote her own work, and she made a name for herself in Australian comedy before moving to the US in 2010. For her Hollywood debut, she joined the cast of female-led comedy hit Bridesmaids. She had a role in the Oscar-winning Jojo Rabbit but is perhaps best known as Fat Amy in the box-office hit musical trilogy Pitch Perfect. In 2022, Wilson will be directing her first feature film.