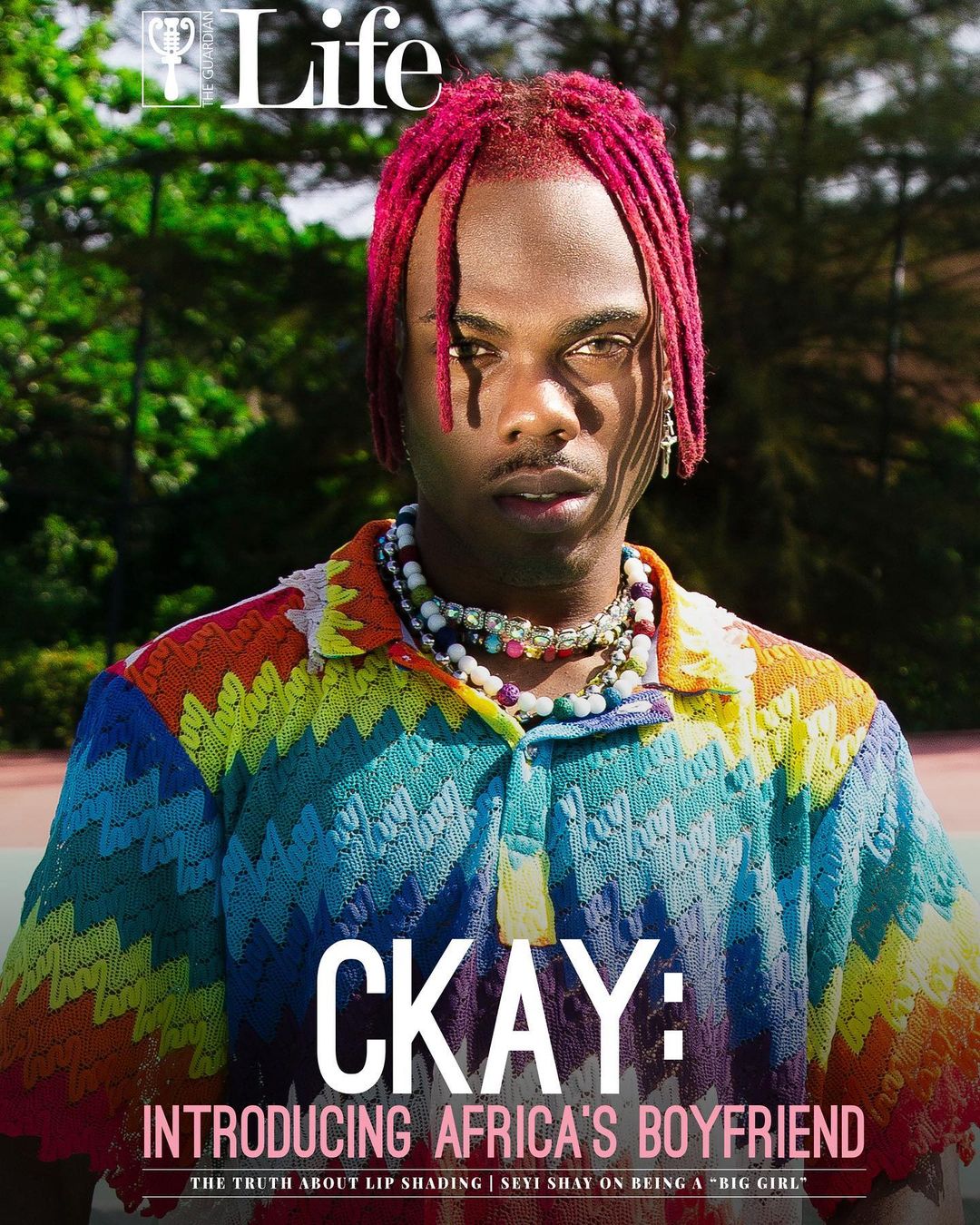 Guardian Life Magazine‘s latest exclusive interview delves into the world of Afrobeats global sensation and this edition’s cover star Ckay as he talks about his time in Kaduna, moving to Lagos and becoming a viral music super star.

Read excerpts from the interview by Chisom Njoku below.

On growing up in Kaduna:

I grew up in Kaduna and it was very uninteresting. My parents didn’t let me go out a lot because they were strict Christian parents. My life revolved around home, church, and school. My childhood was very regular and my parents were middle-class earners so it’s not like I had rich parents and I was balling, it was just very average but I had a deep curiosity for music that led me to learn how to play the piano, guitar and eventually producing and that’s kind of how everything started.

On his musical influences:

My dad taught me how to play the piano and read musical notes, but after a few years, I felt like I wanted to start writing my own music not playing Beethoven’s stuff which was in a book I would easily read and okay.

Westlife, Backstreet Boys, Cisco, Usher, Chris Brown, Ne-Yo. I really listened to them a lot growing up so you can say that they influenced my taste in music.

On his struggles in the entertainment industry:

When I moved to Lagos, I had to make money somehow to take care of myself because I wasn’t depending on my parents, so I started producing in studios around to make a living while pursuing my own stuff.

I didn’t have friends, and I was literally just walking up to studios I found online and I would introduce myself as a producer and tell them what I could do for them.

I was working in three studios at the same time, one in Dolphin, Ikoyi; another in Surulere, and the last one around Alfred Riwane in the boys’ quarters of a house there. Then I started working in Chocolate City at some point, making it four. I did all this because I had to survive.

On the process and how far he has come:

It didn’t just magically happen. It is a product of consistency because I watched it [the music] spread from Lagos to the rest of Nigeria, then Ghana and West Africa, to East Africa, then South Africa and eventually the rest of the world.”

On what inspires his music:

Read the full article on www.guardian.ng.