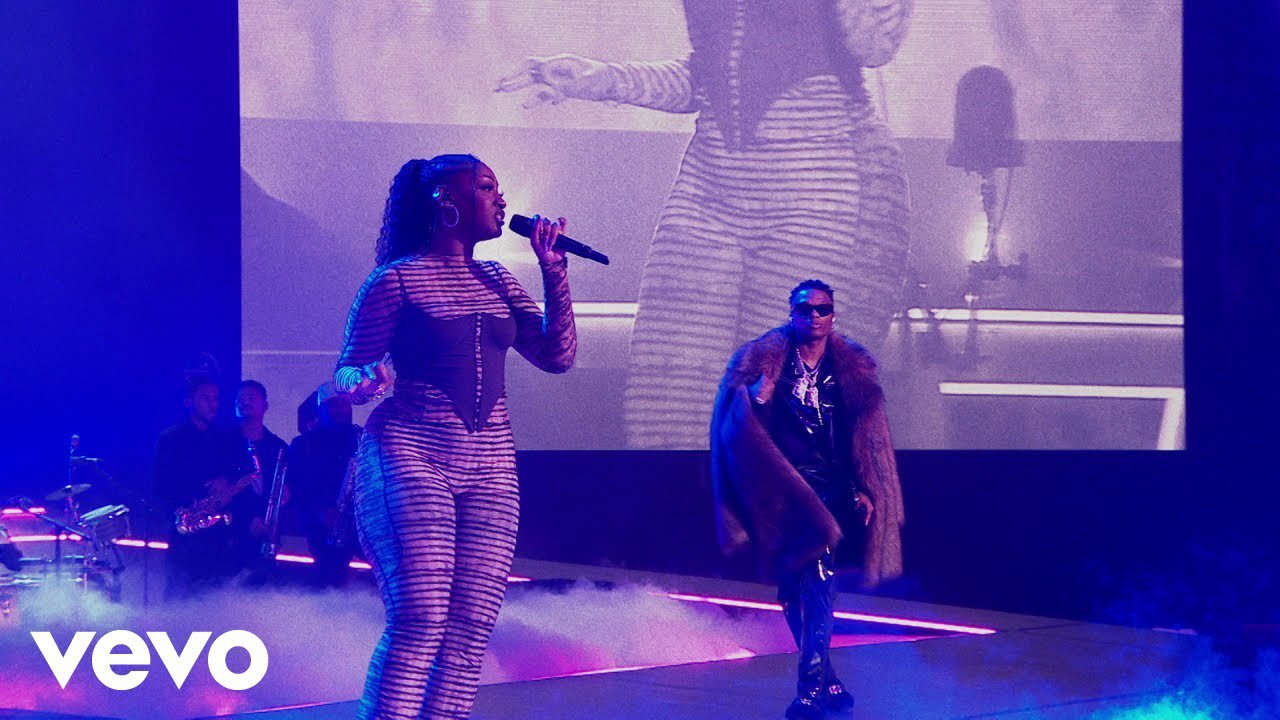 Wizkid and Tems shine in the limelight of “The Tonight Show starring Jimmy Fallon” just a few days after their final performance at the three-day O2 stadium concert. This show, which is televised throughout the world from New York City, includes comedic sketches, celebrity interviews, and, of course, the African acts performed the multi-award-winning “Essence,” a major track from Wizkid’s “Made In Lagos” album.

“Essence” is now a song that listeners will remember for a long time, which is why it ranked second on TIME’s ‘Best Song for 2021‘ list. We can’t wait to hear Wizkid’s upcoming album, “More Love, Less Ego,” which is set to be released in 2022.

Watch the live performance of “Essence” on The Tonight Show: