To mark the Cervical Cancer Month, Giving.ng Partners with The 100k Club to Offer Free Screening to Over 400 Women in Lagos 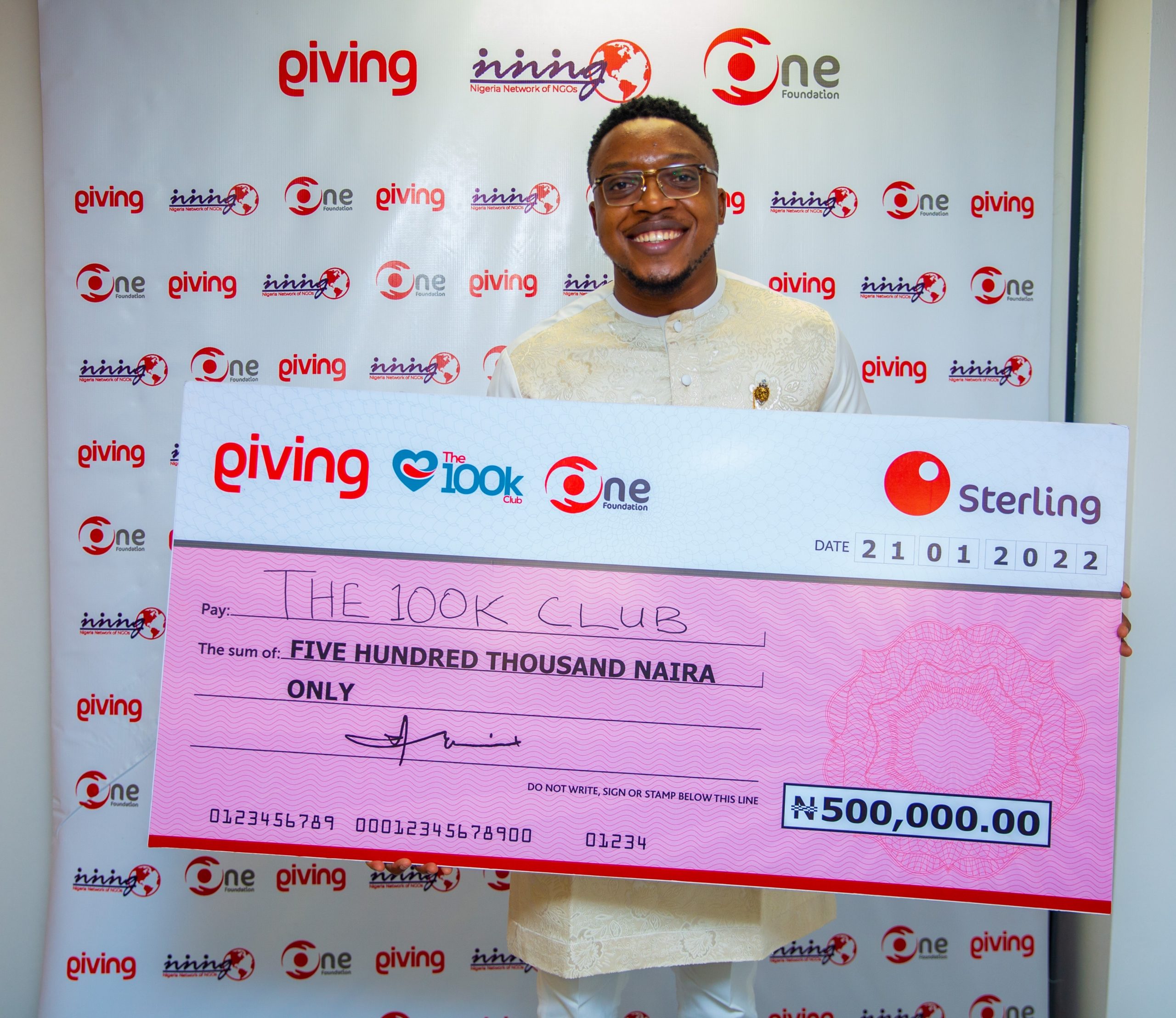 The screening exercise, which attracted a ₦500,000 grant from Giving.ng, was held across three different locations in Lagos and gave 70 of the 411 women screened the opportunity to receive free cryotherapy treatment for cervical changes detected. 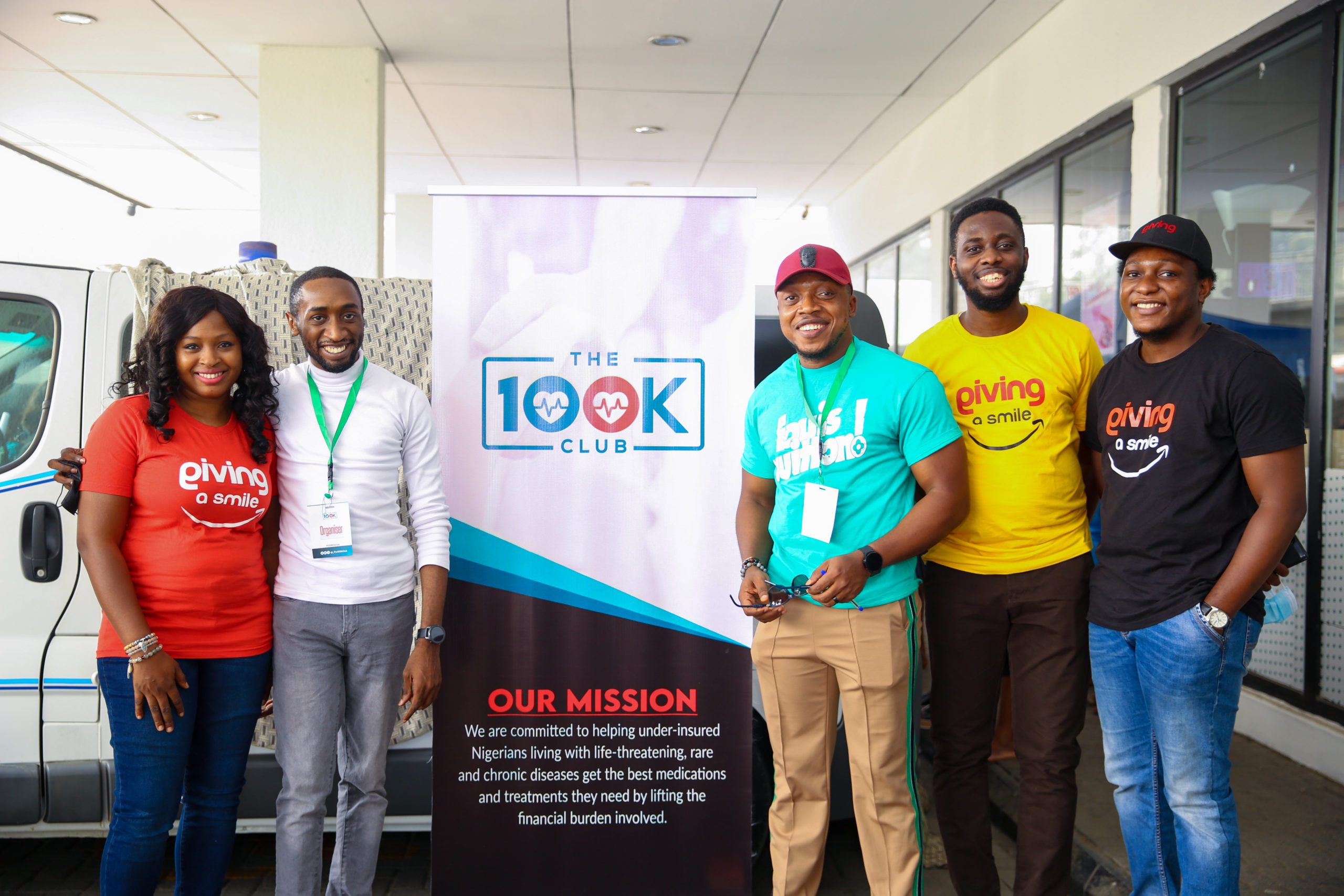 Cervical cancer, which is caused by at least 14 strains of the sexually transmitted human papillomavirus (HPV), has become the second most common form of cancer among Nigerian women, with over 14,000 cases annually and an estimated 28 deaths per day. Although preventable, late detection in many women continues to account for the rising number of cases, which led The 100k Club to organize this outreach to raise awareness about the need for early detection.

Providing more insight into the condition while announcing the free screening exercise, Dr Chinonso shared via his Twitter timeline that “the earlier a person starts having sex, the higher their risk of contracting a Human Papilloma Virus (HPV) infection, so it is essential to get screened for HPV.” In their announcement of the exercise, the non-profit also expressed gratitude for the ₦500,000 grant from Giving.ng to support the initiative.

We initially planned to screen 100 women, but currently, we have screened 411 women. I want to say thank you to Giving.ng for providing the much needed support.” Dr. Egemba noted. Cervical cancer is one of the killers of women in Africa and we are doing our part to ensure that it doesn’t take more lives than it should.” he added.

Speaking about the grant award, Olapeju Ibekwe, CEO of Sterling One Foundation, investors in the Giving.ng platform, stated that it was part of their approach to supporting social impact projects that use the giving.ng platform for their crowdfunding needs. In her words,

The 100k Club has a crowdfunding campaign on Giving.ng, and this finishing grant of ₦500,000 is our way of supporting the great work they do. We are excited about the impact they have made with our support and encourage more social impact project owners, including non-profits and individuals, to take advantage of our platform for their fundraising activities, as that gives them access to our grants and other very useful resources. 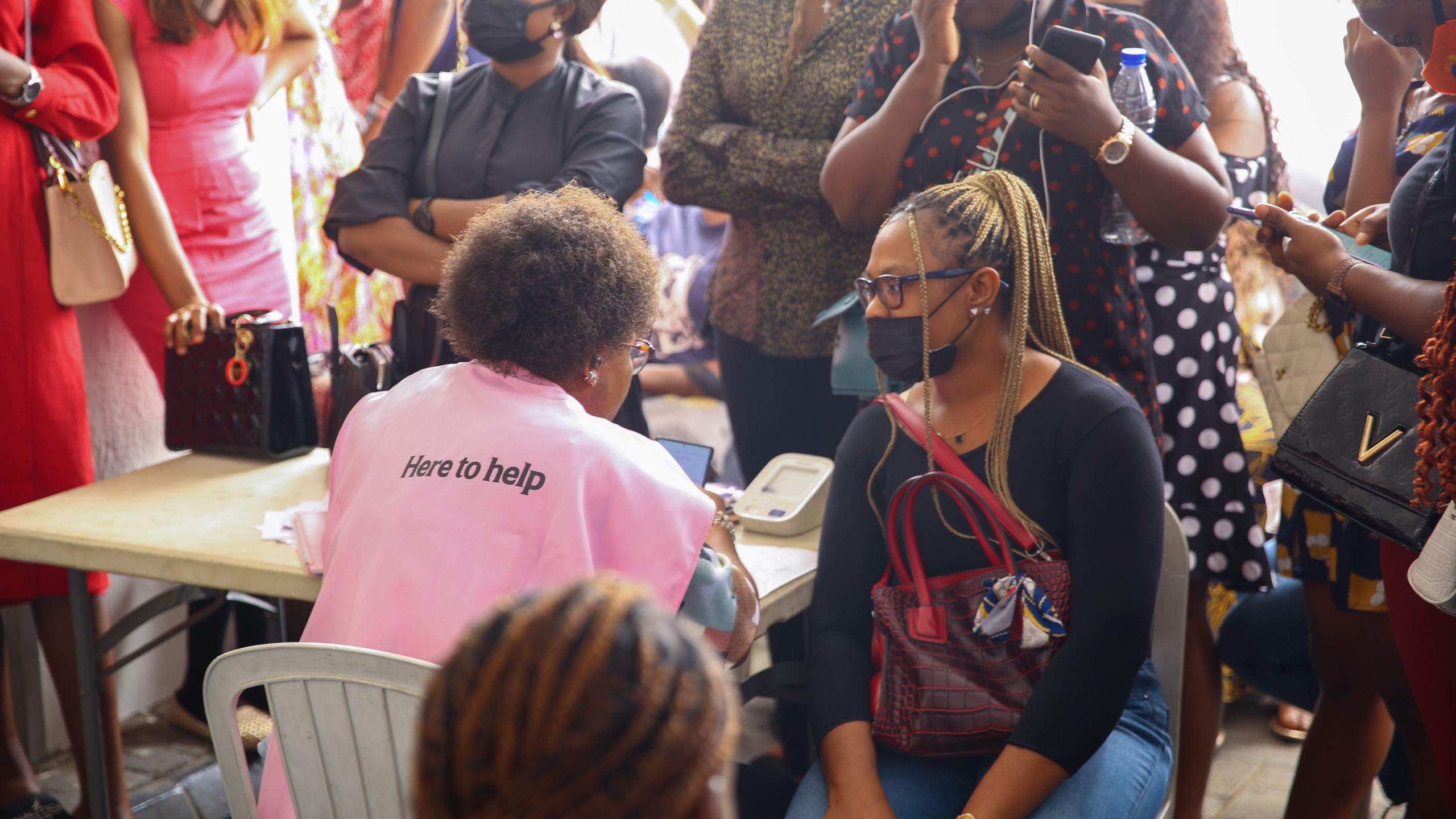 In addition to the screening by The 100k Club and its partner, Quinta Health, the free screening exercise also helped drive cervical cancer awareness within the Yaba, Maryland, and Alausa areas of Lagos where it was executed, as well as online.

As part of their cancer awareness campaign the team will be hosting an IG Live session on February 6, 2022 on @givingng to educate more people on ways they can protect themselves from the disease. 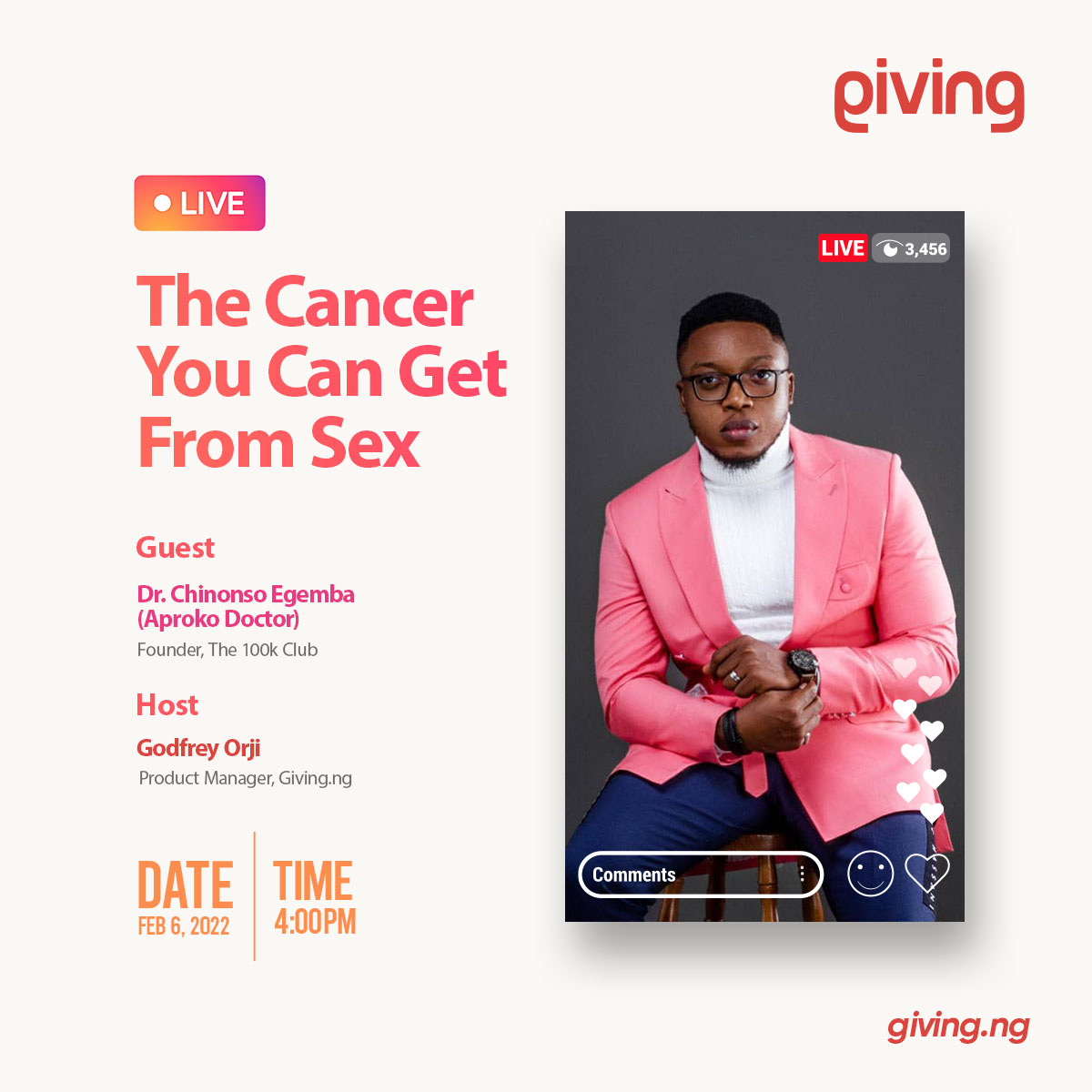 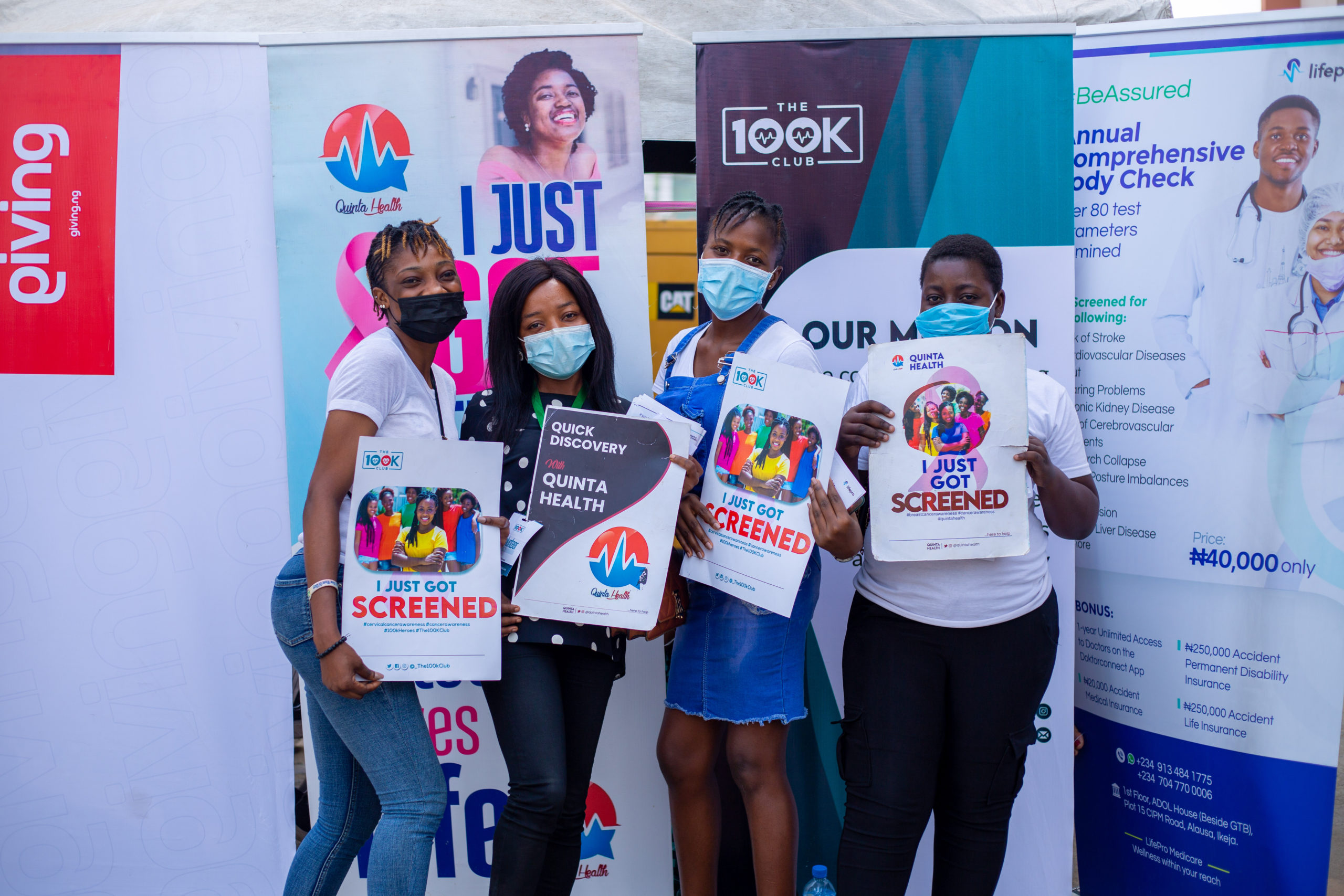 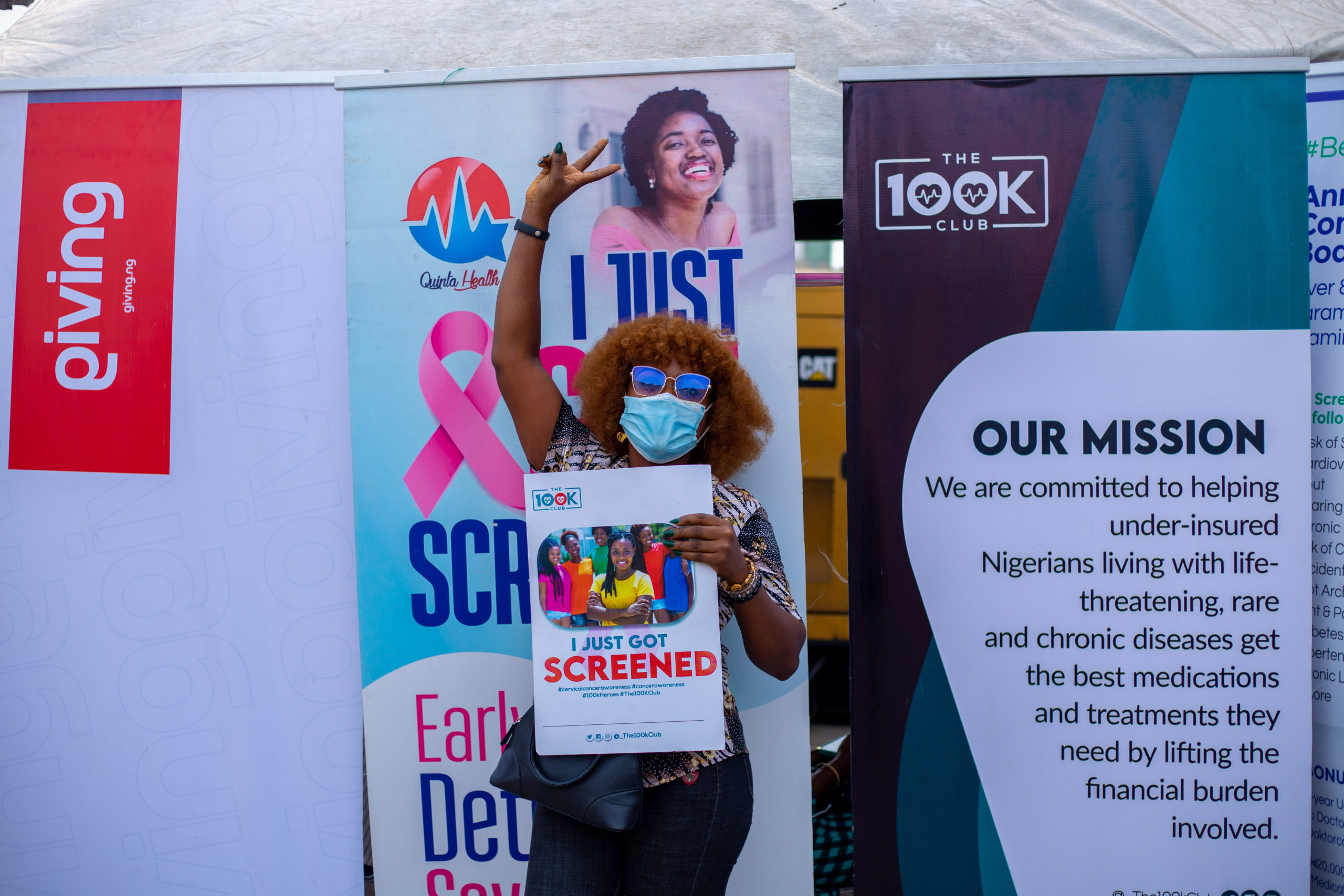 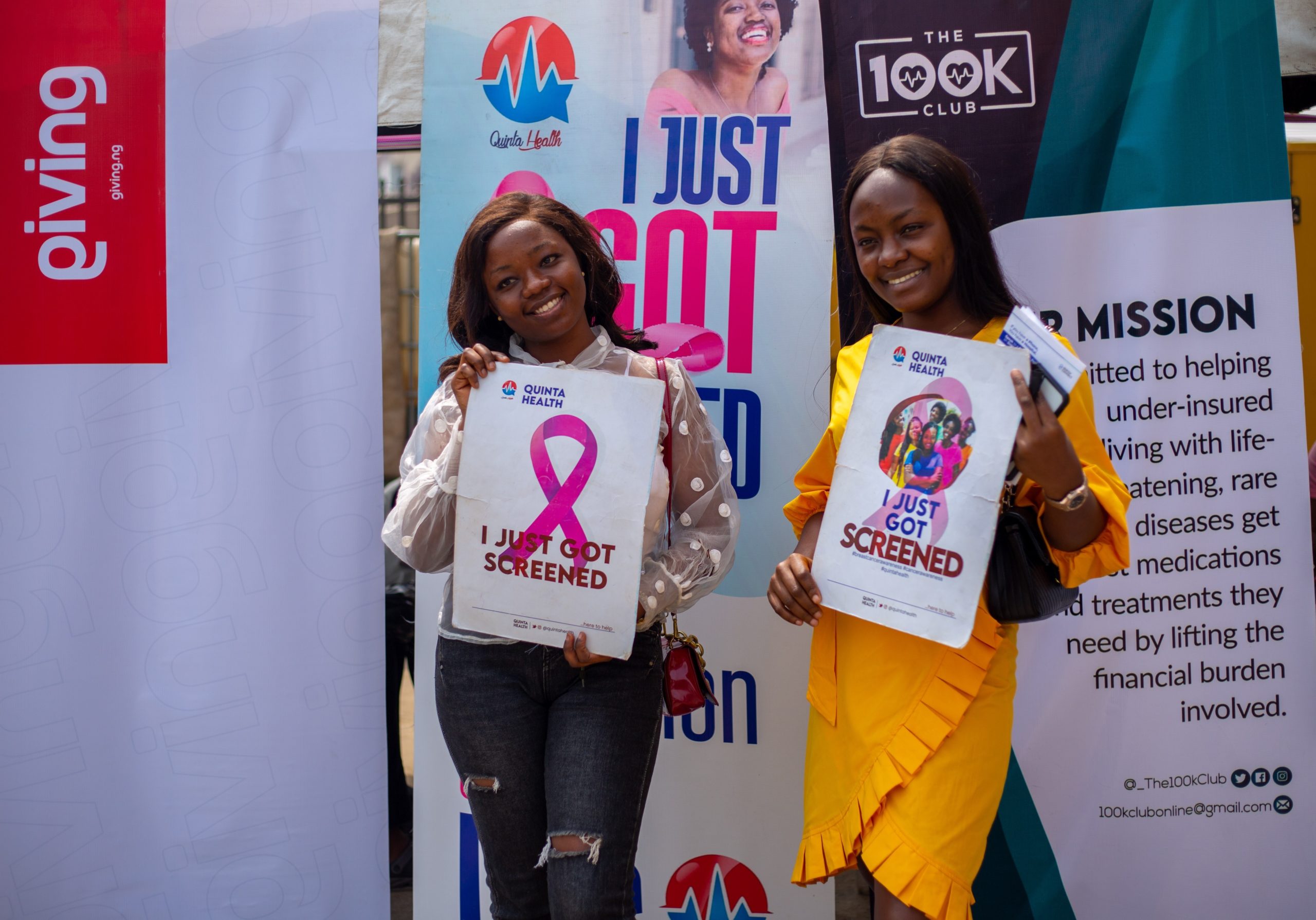 Ralph Lauren Fragrances Invites Mavericks of Style to the “Greatest Night” of their Lives with the Launch of Ralph’s Club in Lagos, Nigeria