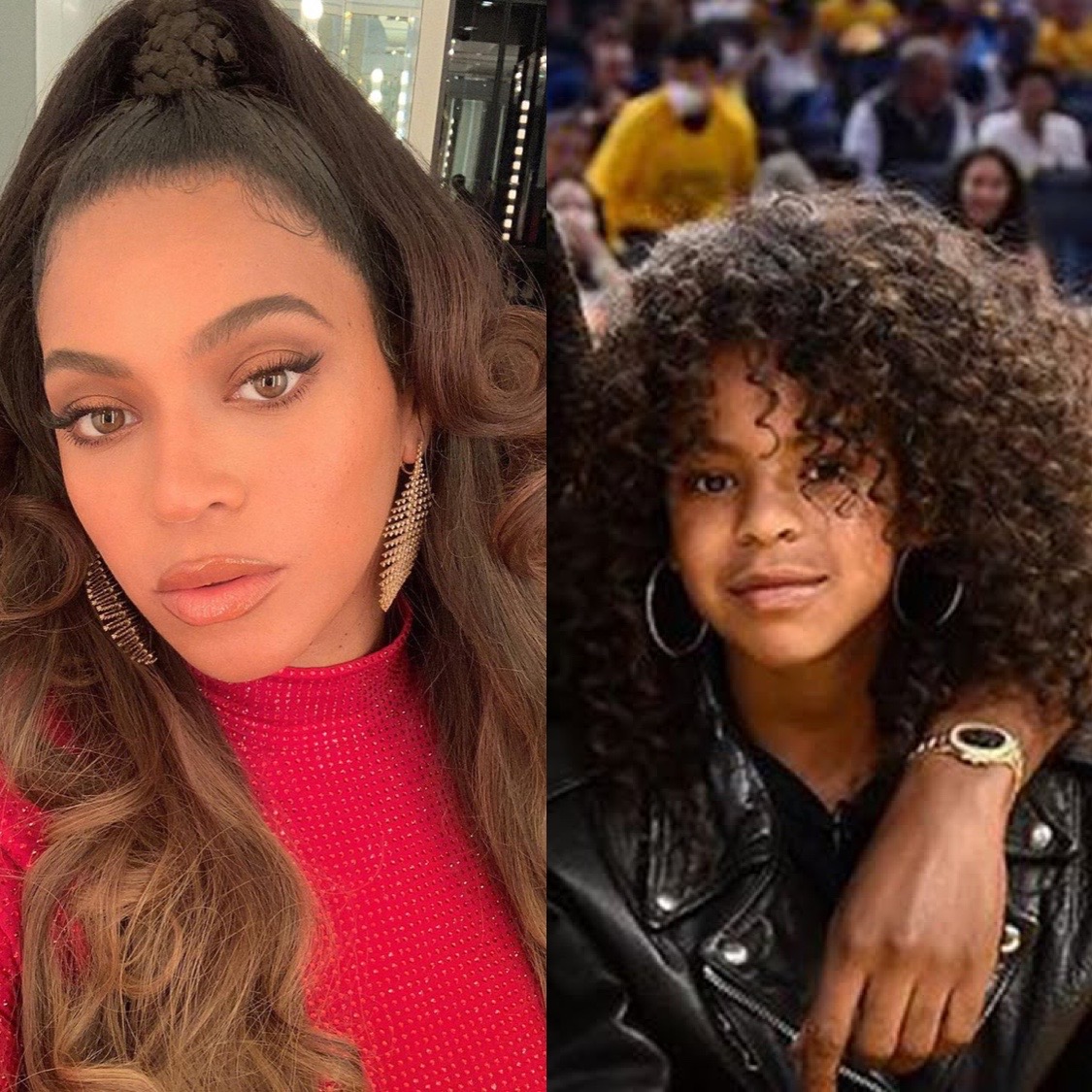 There is some resemblance in this photo and for a second, we even believed it was Beyoncé (LOL!)

Even though it’s not usually a big deal when a child looks a lot like their famous parents, but when it’s about Queen Bey, we just have to point it out. Blue Ivy Carter looks just like her award-winning singer mum in her most recent photo.

Jay-Z and his daughter Blue Ivy at Game 5 🙌 pic.twitter.com/8lbMFNPrsa

Blue and her famous dad, Jay-Z, attended the NBA Finals in San Francisco on Monday, where the Golden State Warriors competed against the Boston Celtics for the 2021–2022 title. She looked effortlessly stunning with a leather jacket, Nike Dunk Lows, and a full head of healthy hair, like her momma.

To us: Jay Z, the all time rap legend
To Blue Ivy: embarrassing dad pic.twitter.com/yOsIpBUVyz

Fans of Beyoncé were quick to put a picture of Blue Ivy next to her mother to show how much they look alike, and we have to say, they do.

Blue Ivy is beautiful!!! She looks so much like Beyoncé!!! pic.twitter.com/HEekpLYlc5

#Beyonce and #JayZ's daughter Blue Ivy looks so grown up at the NBA finals with her dad! pic.twitter.com/BMystiBqbb