Make Plans to Get Your PVC! Continuous Voter Registration will Be Suspended July 31st

The Independent Electoral Commission (INEC) has announced a new deadline for continuous voter registration as July, 31. This was made known in a press release published on July, 15.

He also mentioned that the timeline for potential voters seeking a voter’s card may be short, but that INEC has a lot of work to accomplish within the electoral framework.

Consolidate the national register of voters (existing voters and new registrants) and display same on Polling Unit basis for each of the 8,809 Registration Areas (Wards) across the 774 Local Government Areas nationwide for public scrutiny. This lasts for a period of one week. On the basis of a new projection of 95 million voters, on the basis of 10 voters per page, the Commission has to print 9,500,000 pages for the display;

Print millions of Permanent Voters’ Cards (PVCs) for all fresh registrants and applicants for transfer and replacement of lost or damaged PVCs;

Ensure that there is ample time for voters to collect their PVCs ahead of the 2023 General Election;

Print the final register of voters in triplicate for the 2023 General Election involving a projected 28,500,000 pages for accreditation and display at 176,846 polling units for national elections (Presidential and National Assembly) on 25th February 2023 and State elections (Governorship and State Assembly) on 11th March 2023; and

Make copies of the updated national register of voters available to political parties not later than 30 days to the date fixed for the General Election.

The INEC commissioner appealed “for the patience and understanding of all Nigerians as we conclude the exercise which will resume after the 2023 General Election.

See the press release below: 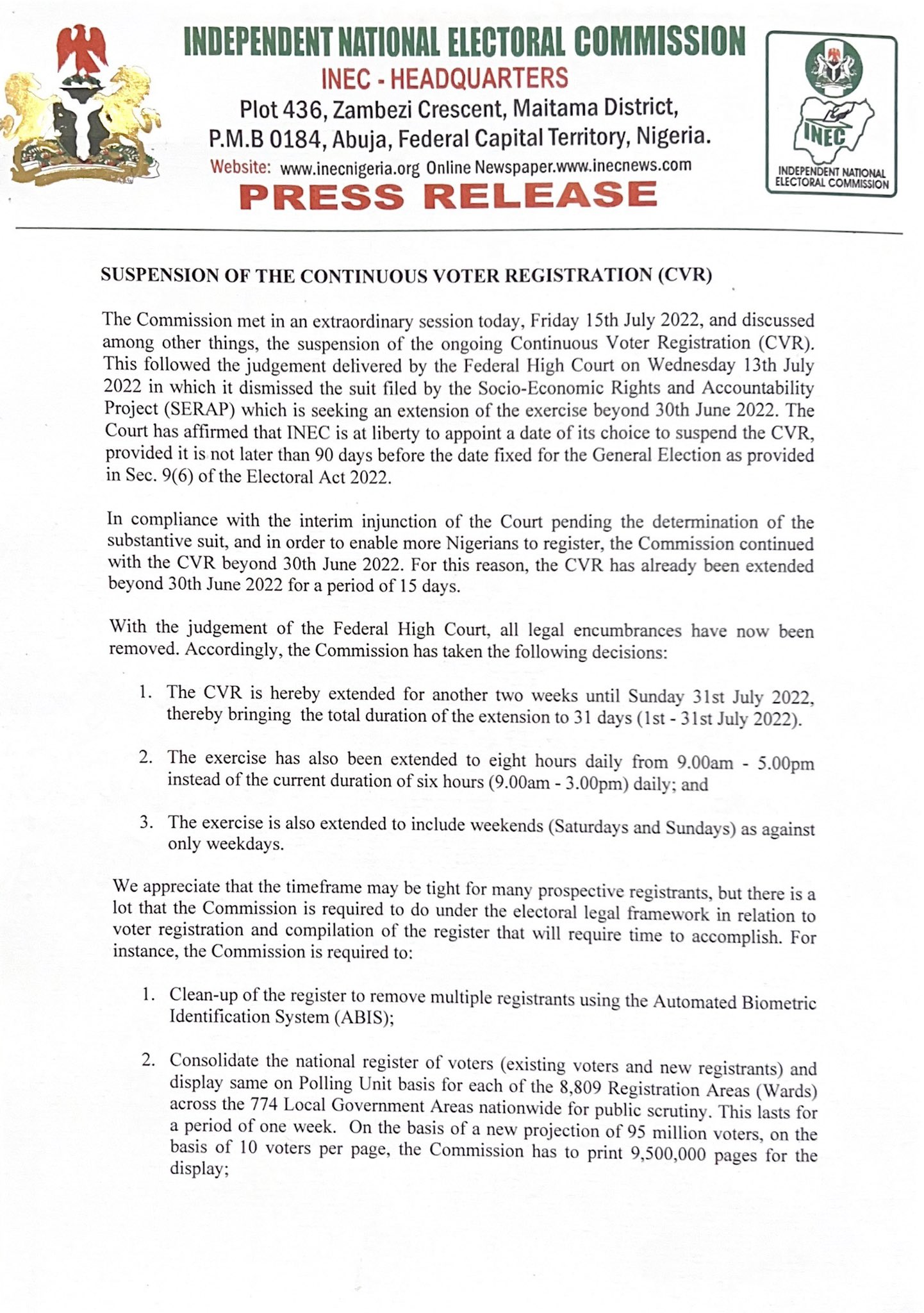 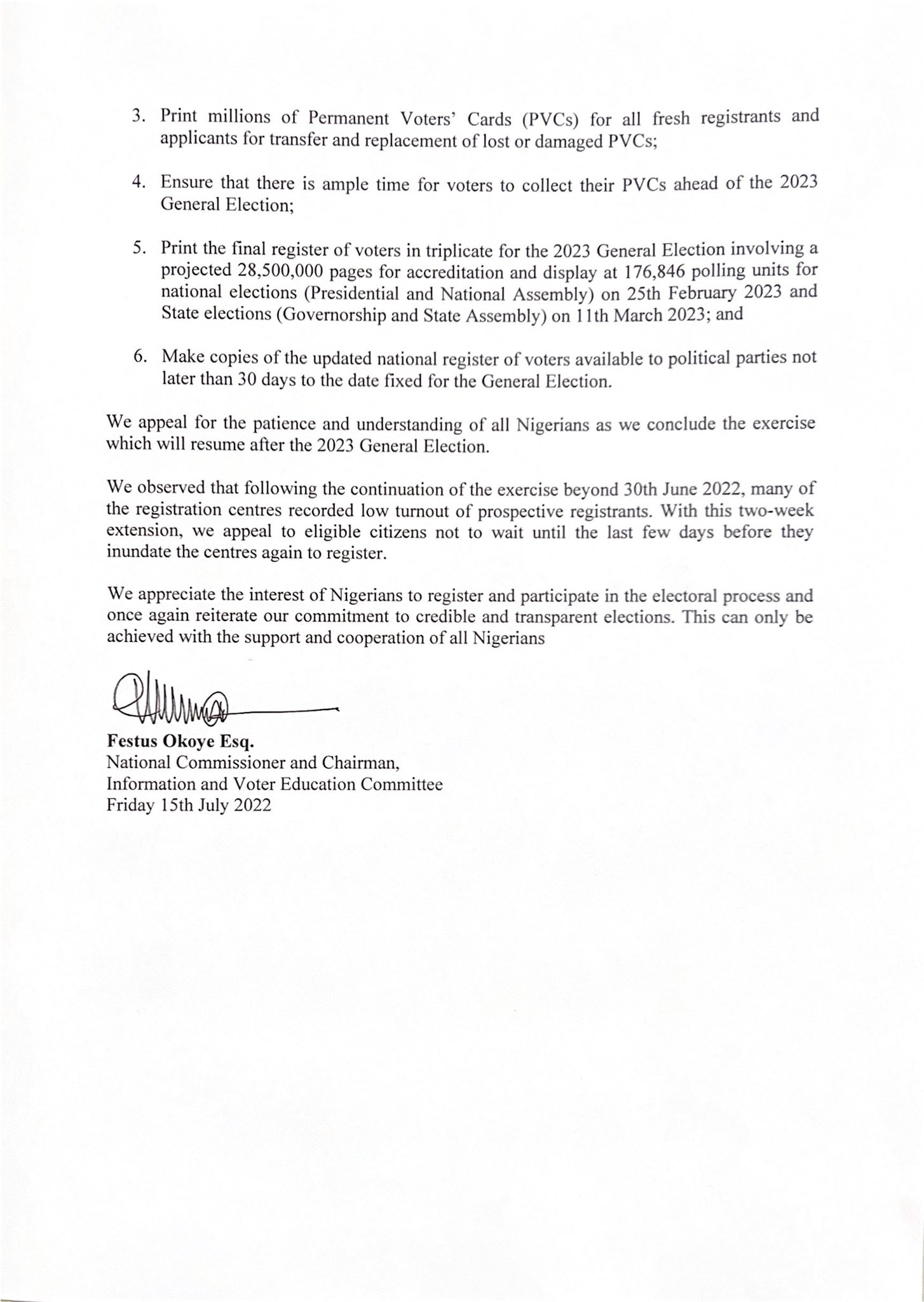 Stop the Abuse & Stop the Hate! Report Any Form of Gender-Based Violence Now