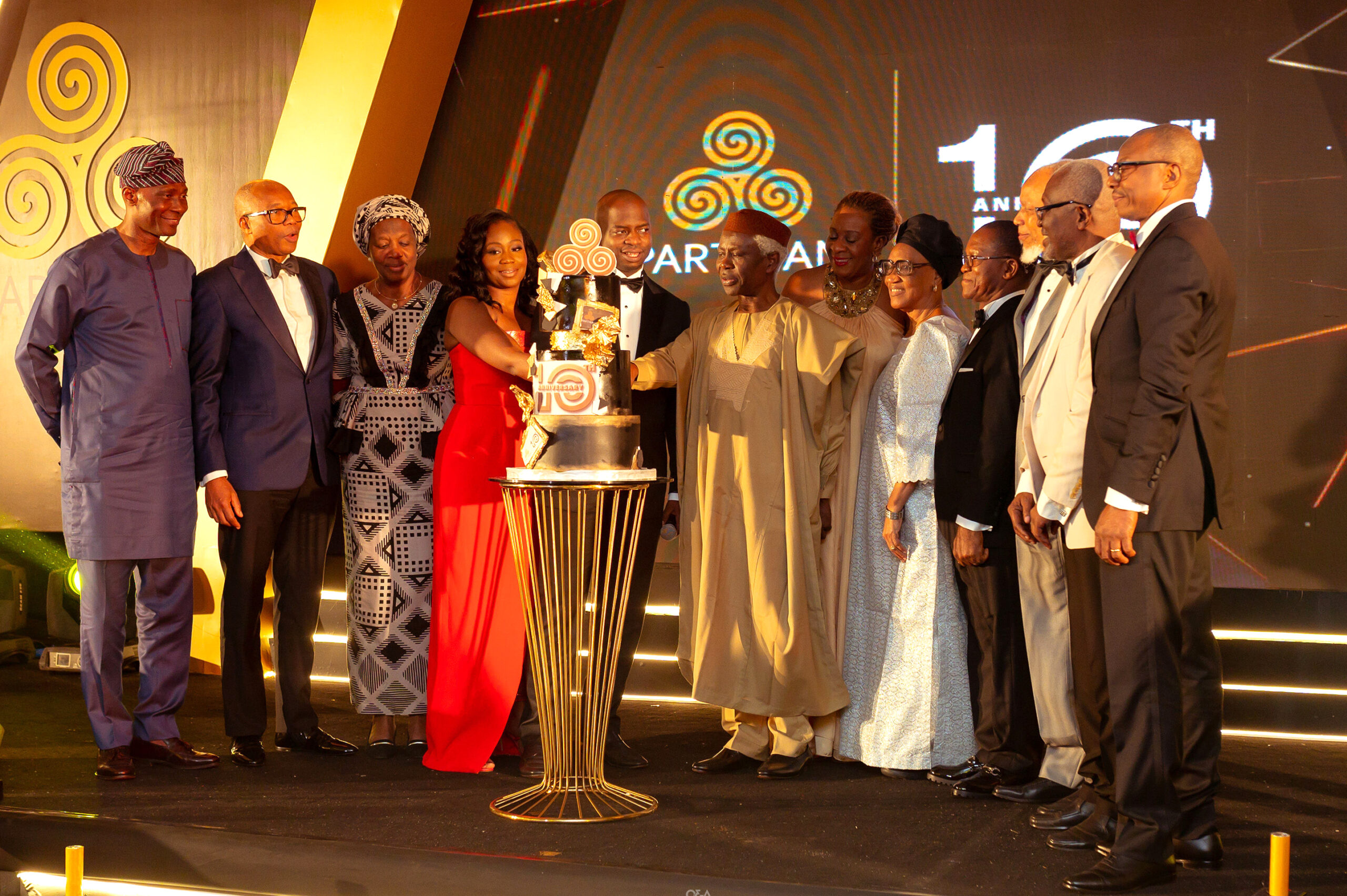 Parthian Partners, over the weekend, celebrated 10 years of operations in an event that was as exciting as it was nostalgic. Clients, friends and well-wishers from all over, joined the company, led by Oluseye Olusoga to commemorate 10 years of outstanding achievements.

Highlights of the anniversary of the company were its maiden awards ceremony as members of staff who had excelled over the past year were rewarded in the midst of guests.

In attendance at the epic night of activities were captains of industry, political leaders, clients and friends of the investment company. 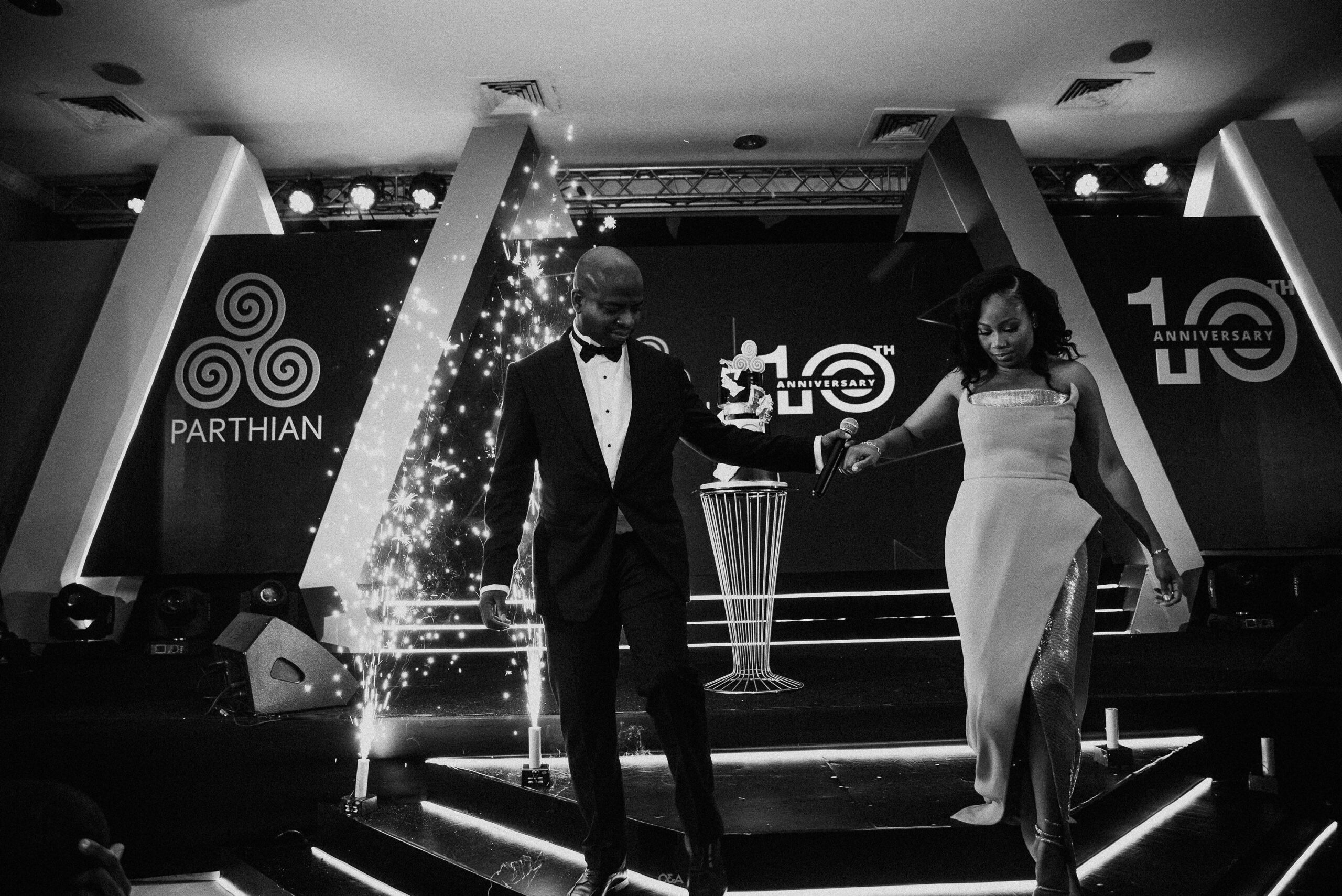 The Chairman of Parthian Group, Adedotun Sulaiman, MFR, while commenting on the early beginnings of the company and its achievements, said,

“Today we are celebrating all those who have contributed to the success of Parthian and the industry in general. For us, success was achievable because we had a clear vision of what we wanted to achieve, and we were focused on making it work. Parthian Partners became an interdealer broker in Nigeria at a time when the concept was alien to the region, so we had to build from scratch. It was no mean feat to introduce this vision and work with regulators and develop a framework for its regulation and operations. A vision which birthed not only a successful business but also a thriving sector.”

As we celebrate Parthian’s 10th anniversary, it is an appropriate time for us, as pioneers of this great company, to reflect on our phenomenal achievements and to commit ourselves to build a legacy for the future generations.” Adedotun Sulaiman further disclosed. 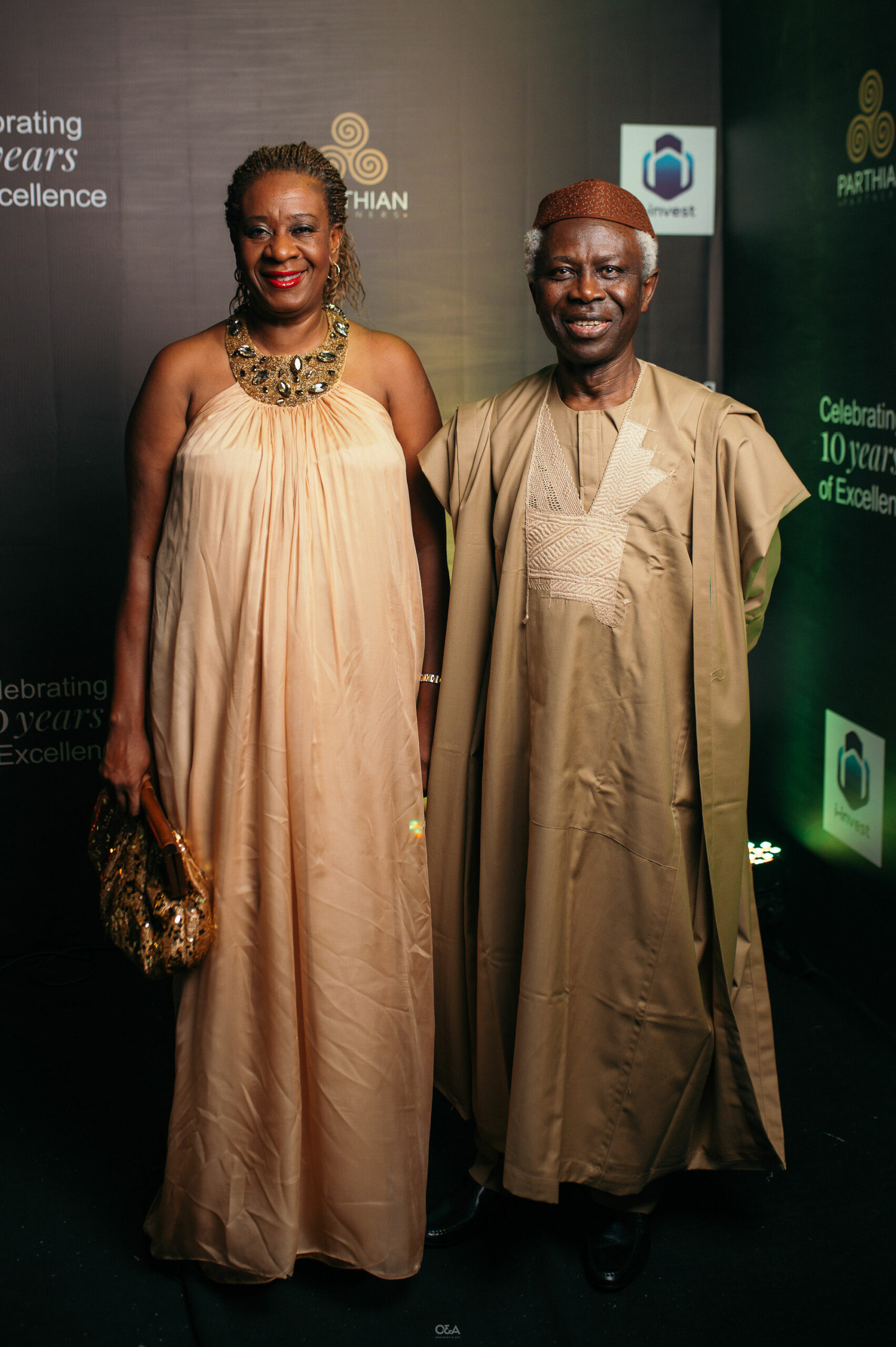 During the event which was attended by prominent industry personalities, celebrities, staff and management of the organisation and other stakeholders, the Chief Executive Officer of Parthian Partners, Oluseye Olusoga said the company has greatly contributed to bridging the gap in both the wholesale and retail financial sector. He said:

“The wholesale brokerage industry is one with huge potentials though when we decided to set up the first ever interdealer brokerage business in Nigeria, there was no regulatory framework, the industry didn’t even exist. Now, there are so many other businesses in Nigeria who do what we do. We are happy that we have pioneered a bourgeoning industry that improves liquidity, financial integration, transparency and efficiency in the African OTC and fixed income market.”  Oluseye Olusoga also expressed his appreciation to everyone who contributed to the growth and success of the company. 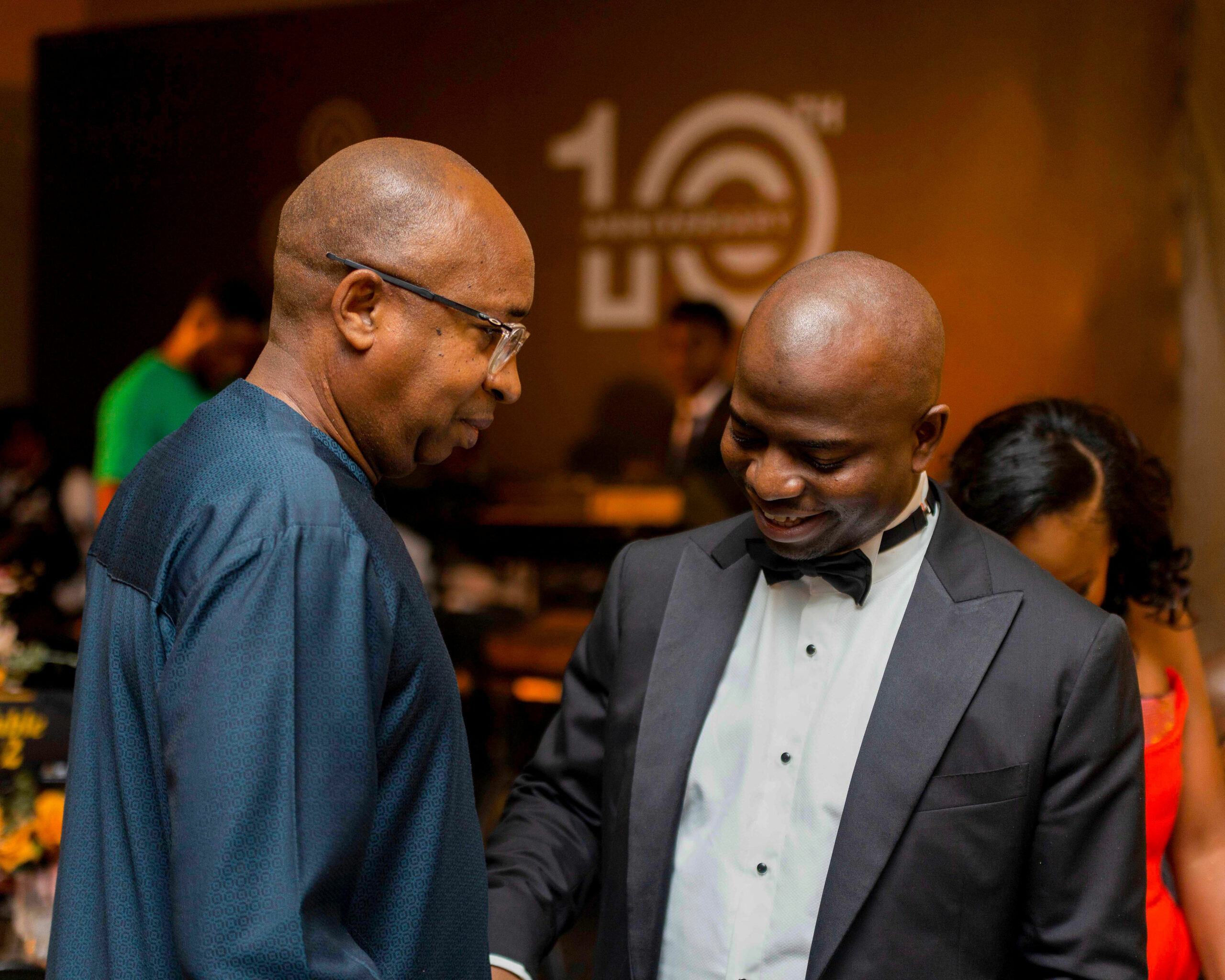 Looking back at how the company came into existence, Interdealer brokerage – a financial system where an intermediary known as an interdealer broker facilitates transactions between wholesale market participants – was established in Nigeria in 2012, and as the industry marked a decade of existence in Nigeria this year, Parthian Partners also commemorated its 10 years anniversary as the pioneer of this burgeoning industry during a grand gala which took place on the July 16 at the prestigious Civic Centre in Lagos. 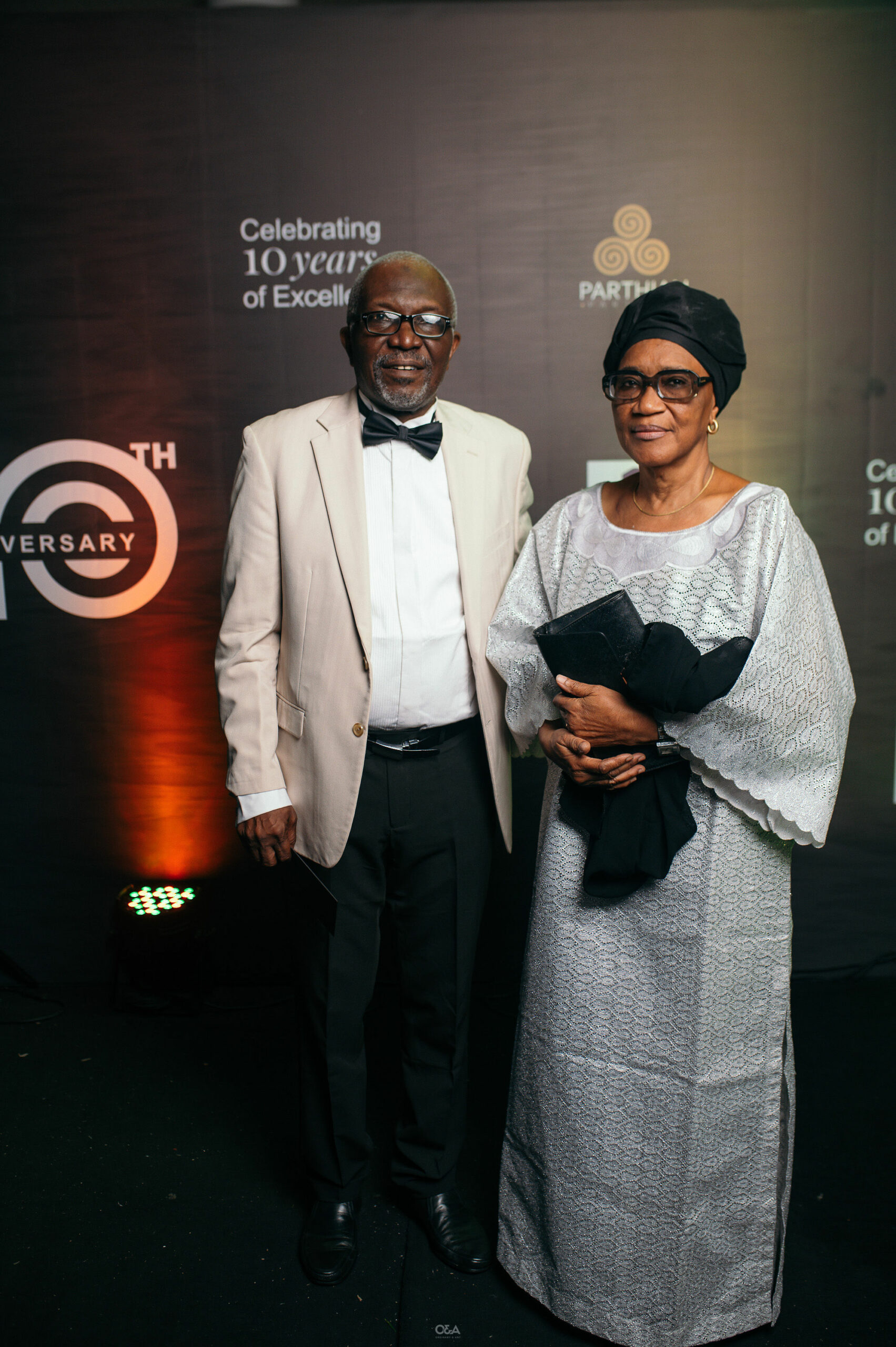 The Parthian 10th Anniversary Gala featured an outstanding performance from one of Africa’s prominent artists, Wande Coal and a beautiful rendition from Esther who is the recent winner of The Voice Nigeria. The black-tie gala also featured a black carpet which was graced by celebrities, captains of industry and other dignitaries. 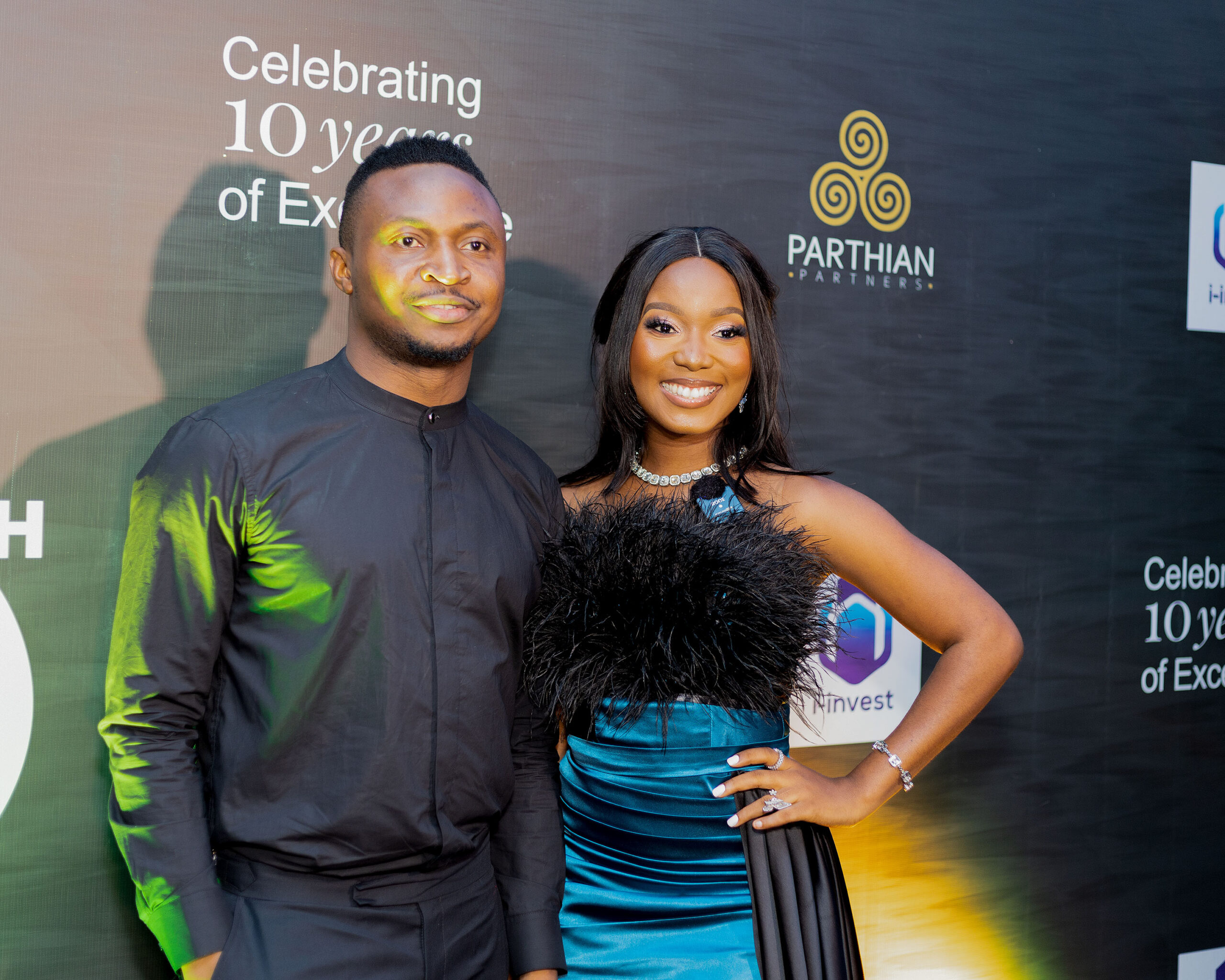 Parthian Partners is one of Nigeria’s first inter-dealer broker, serving both buy-side and sell-side wholesale market participants and providing liquidity by showing prices on all on and off-the-run FGN, State and corporate bonds, and Treasury Bills, Promissory notes, and Eurobonds. With a long history of firsts, in 2021, Parthian Partners became the first Inter-Dealer Broker in Nigeria to successfully issue and redeem an N20Billion (NGN) Commercial Paper on the FMDQ Exchange. 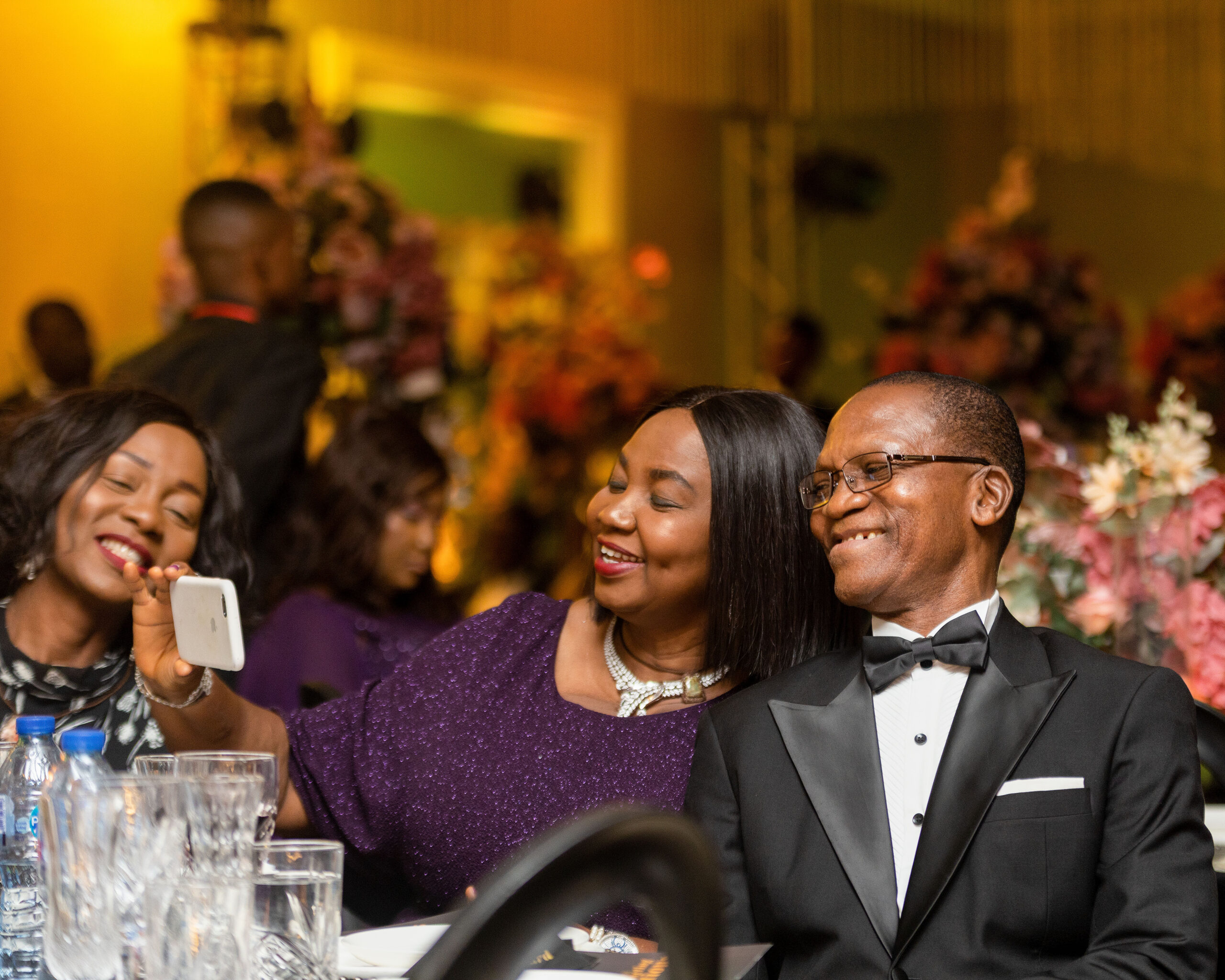 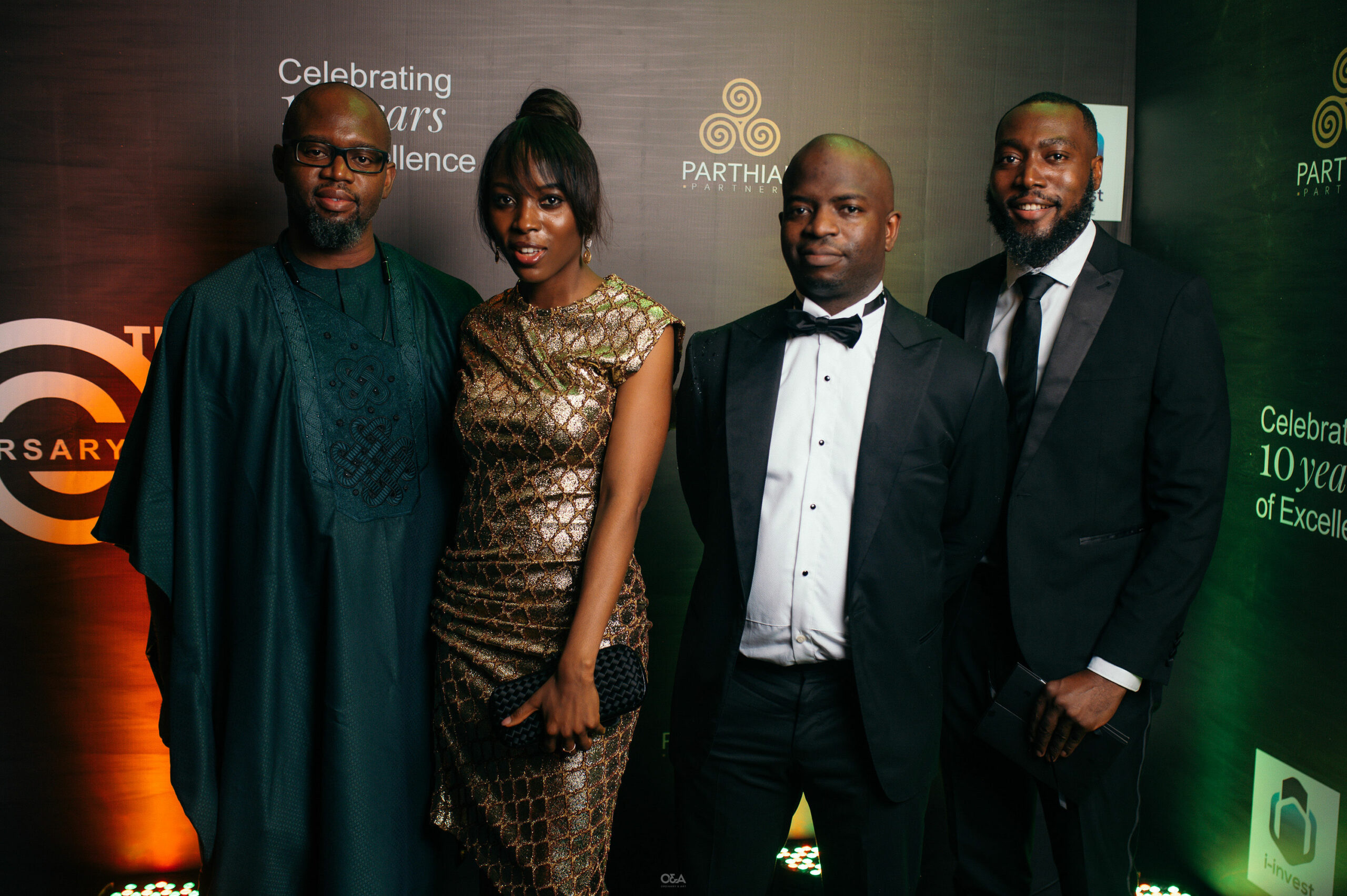 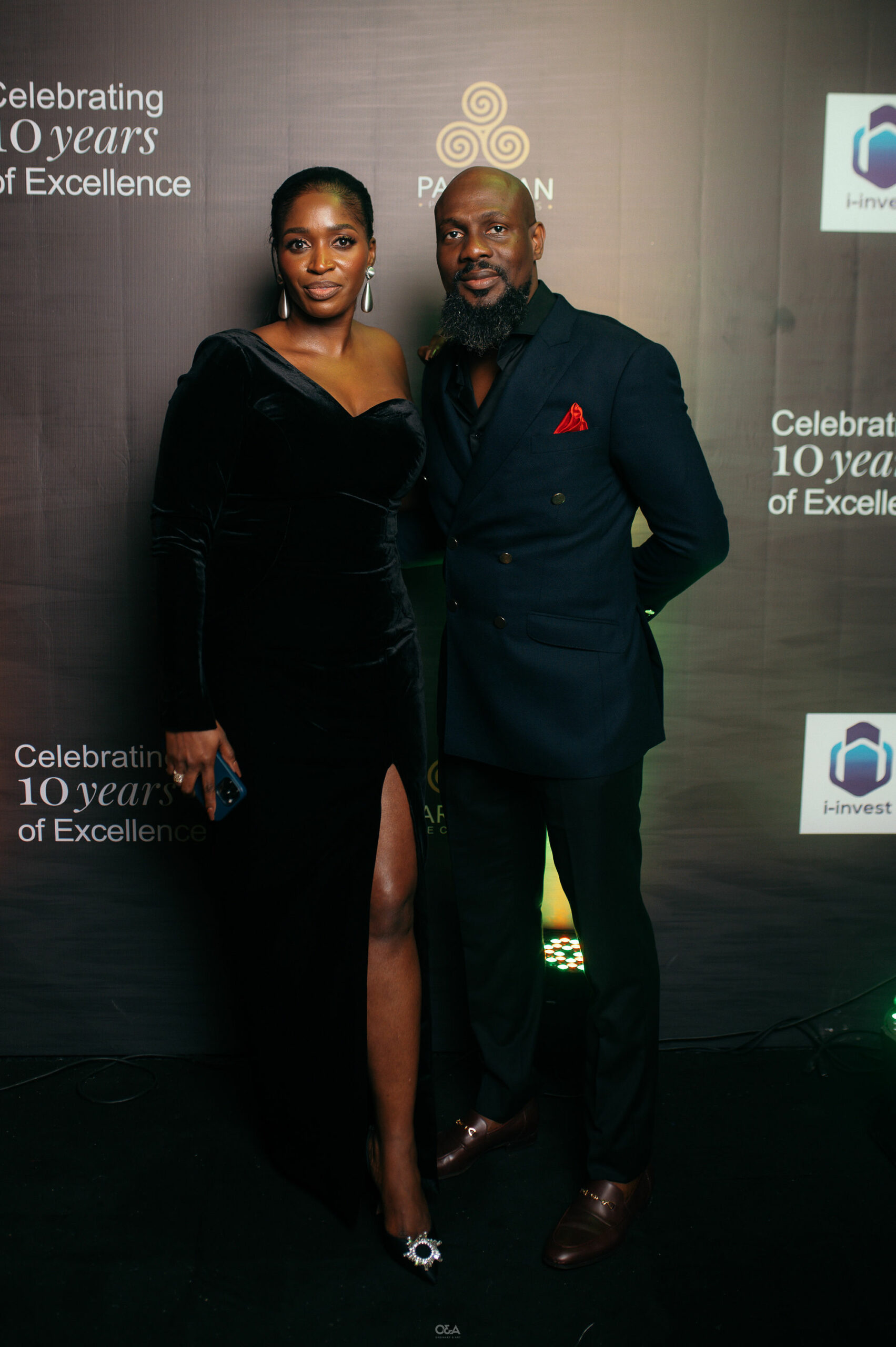 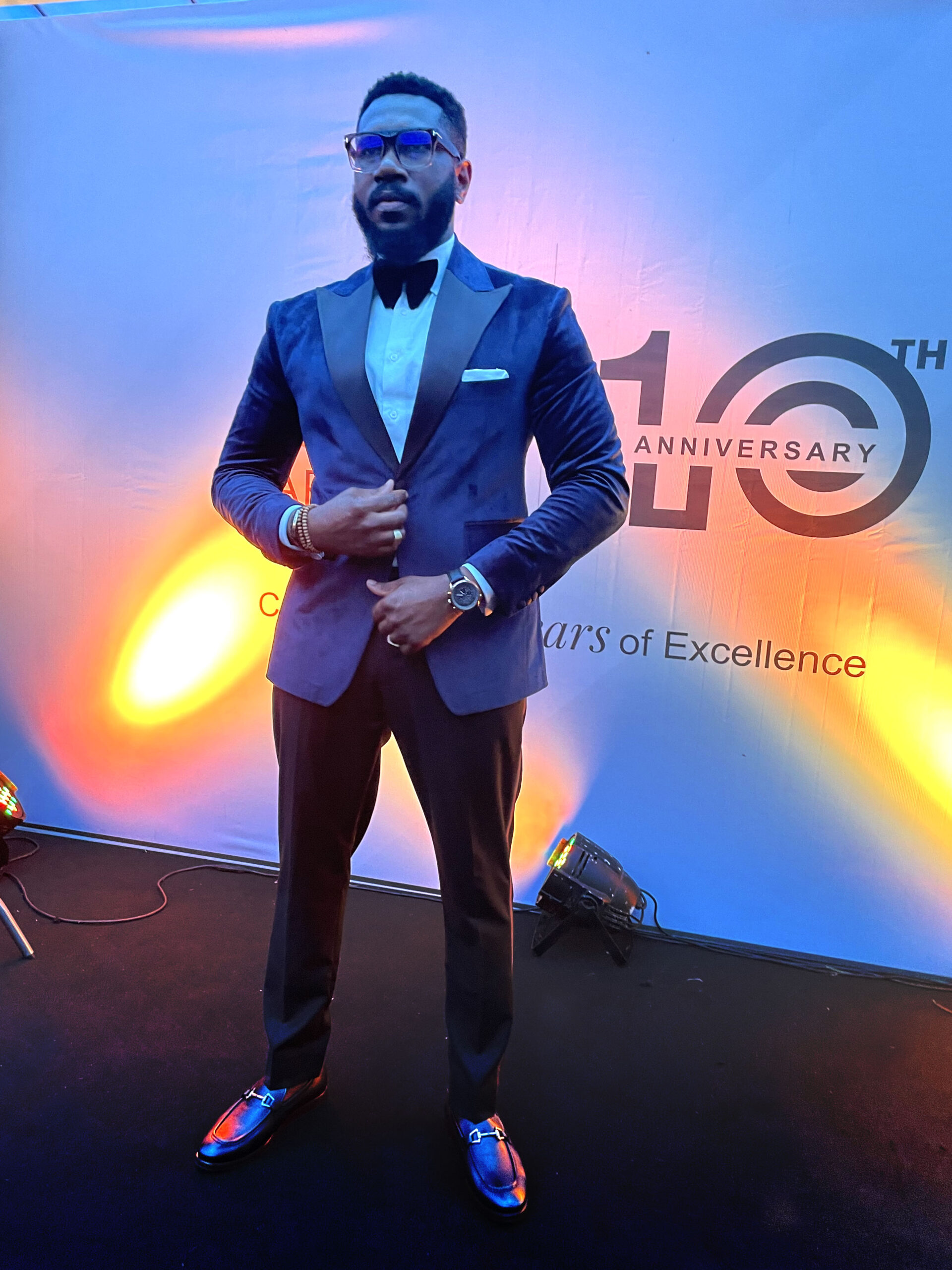 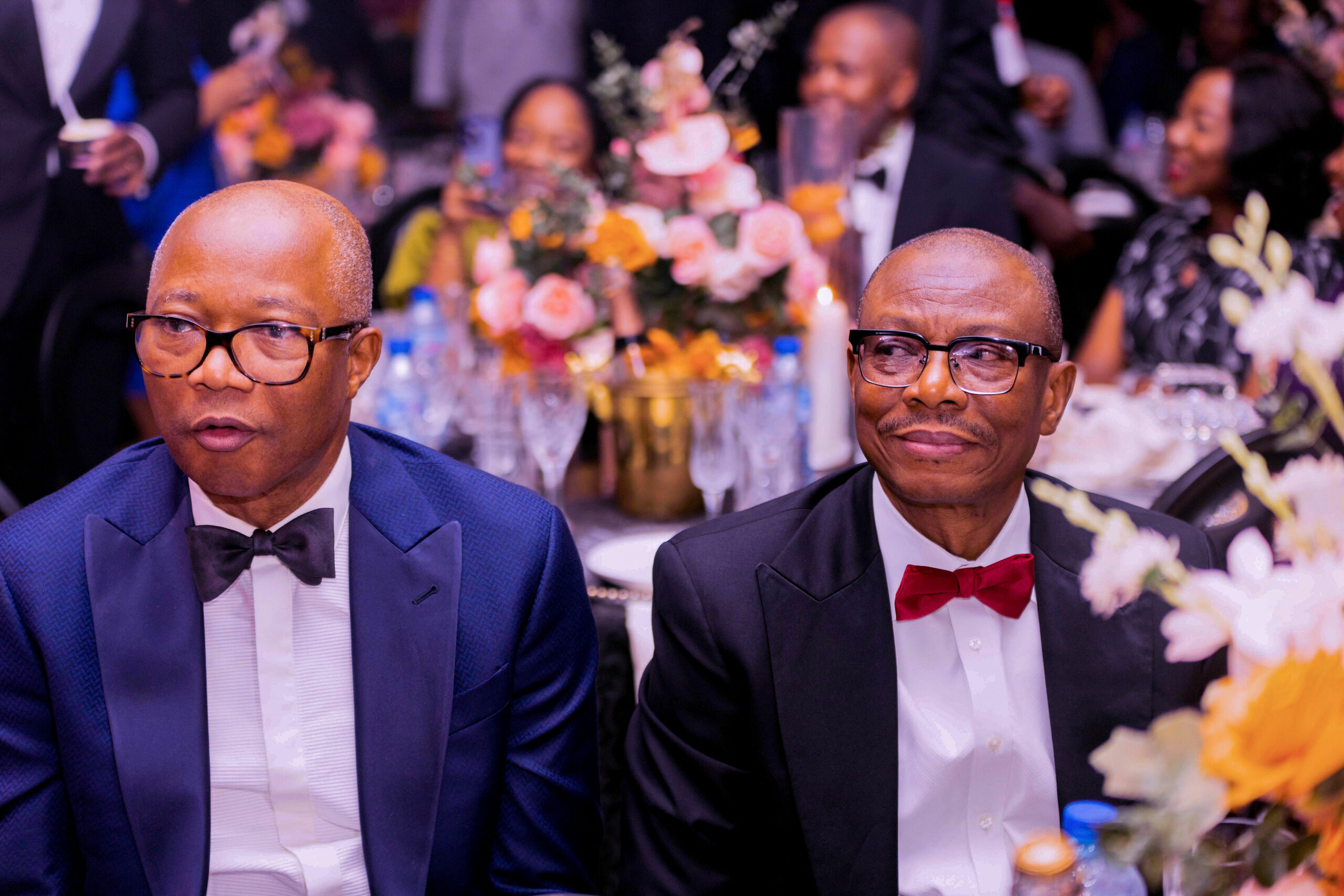 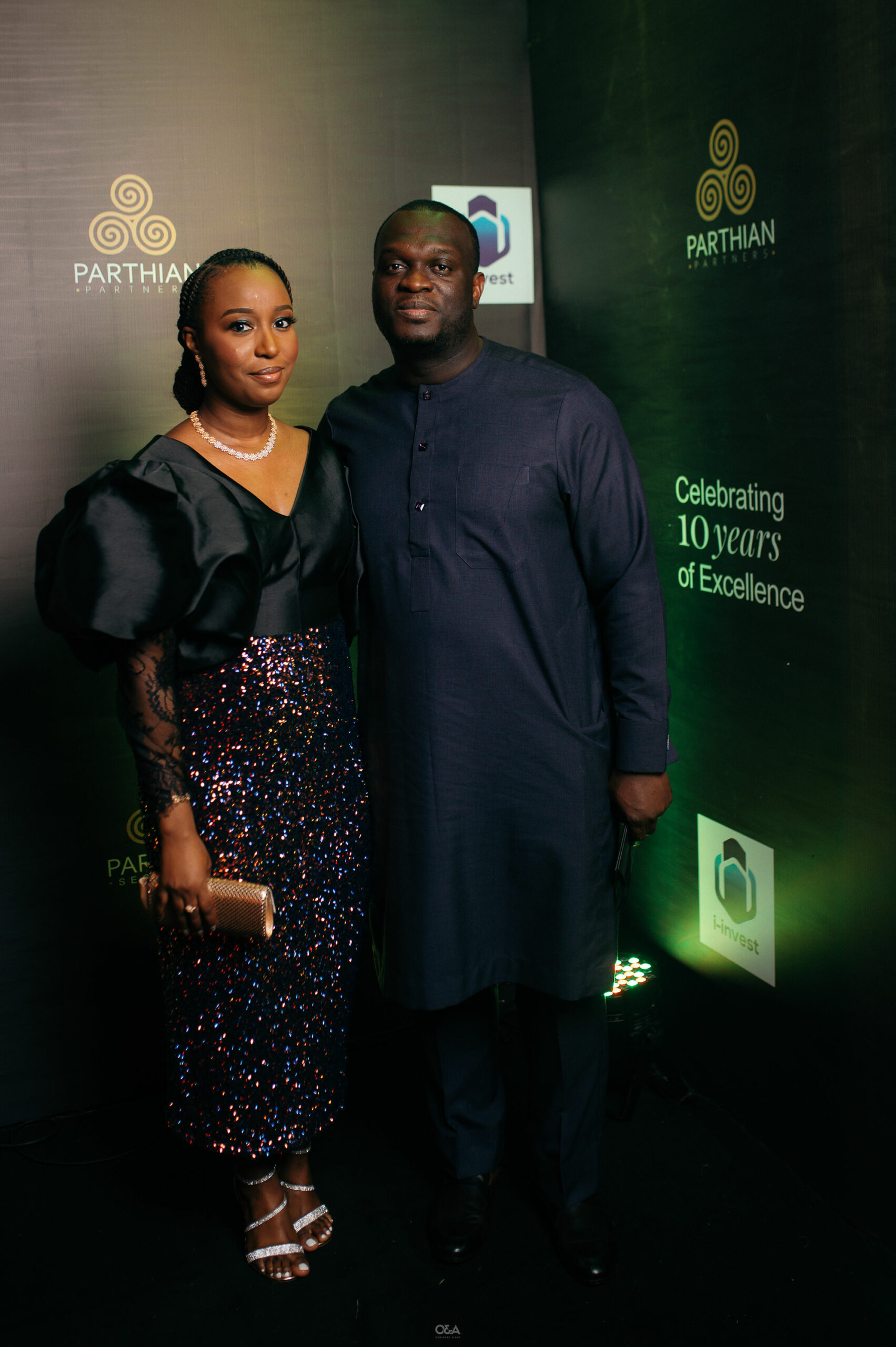 Kunle All and wife, Tolu 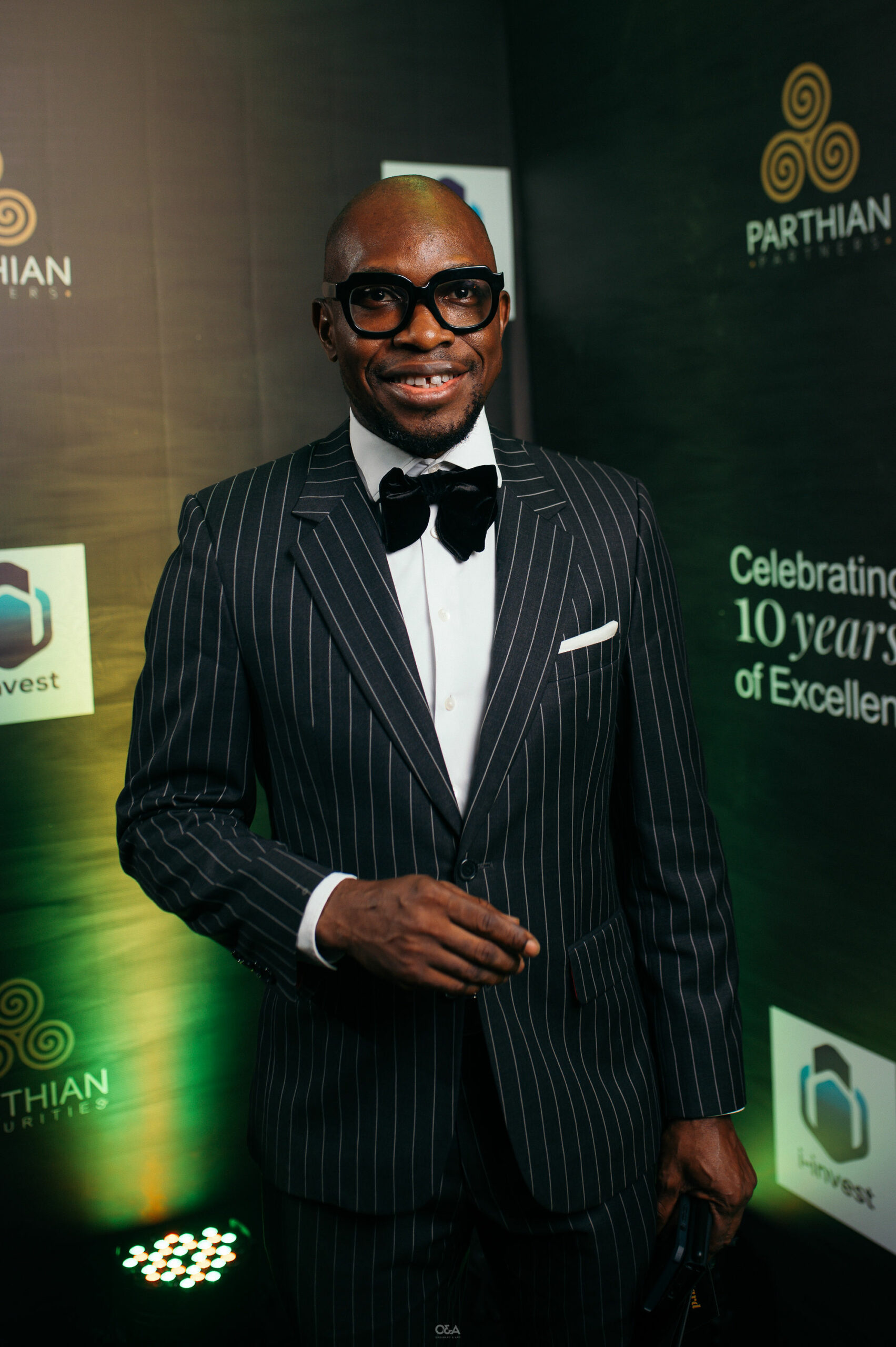 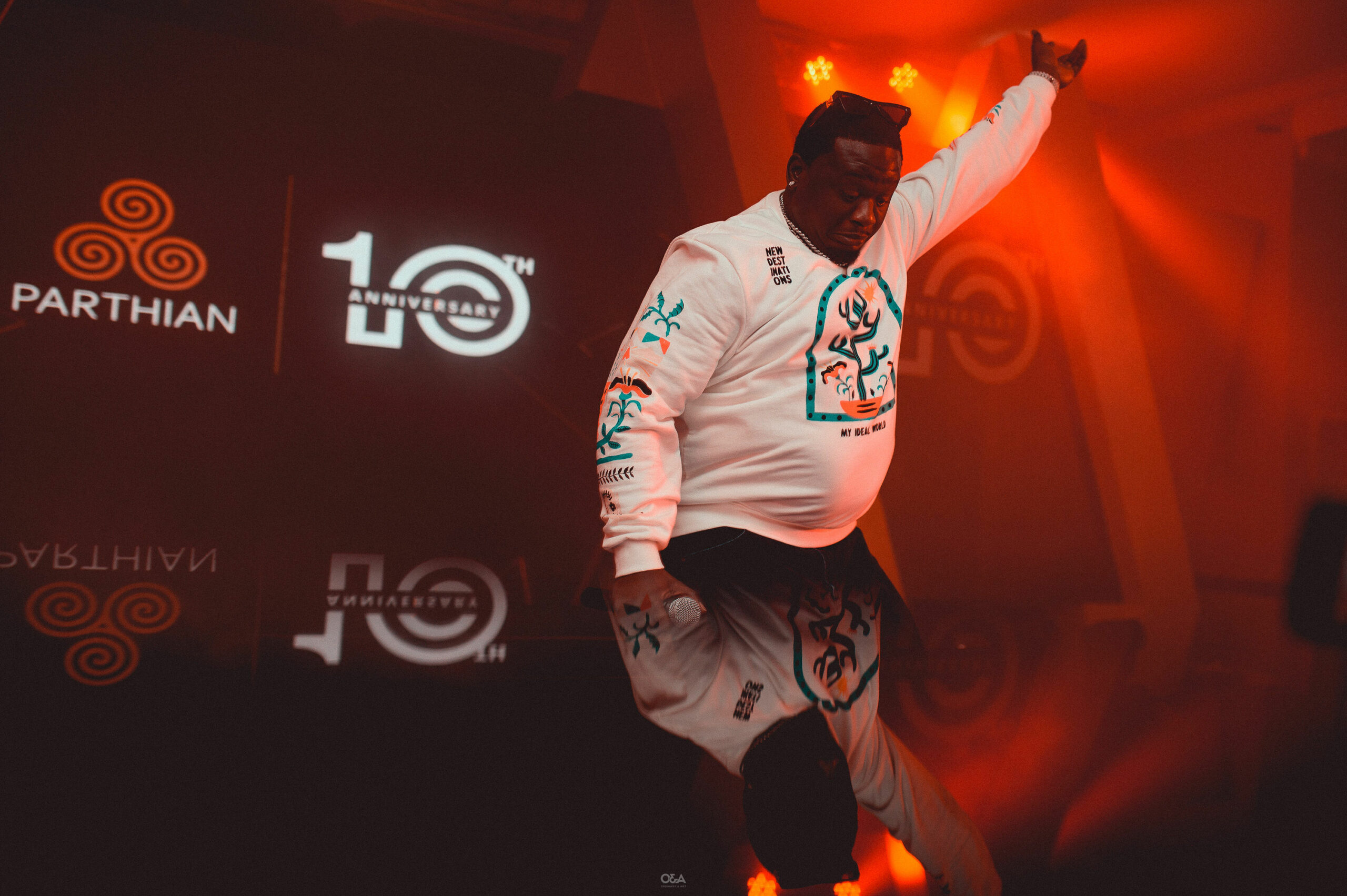 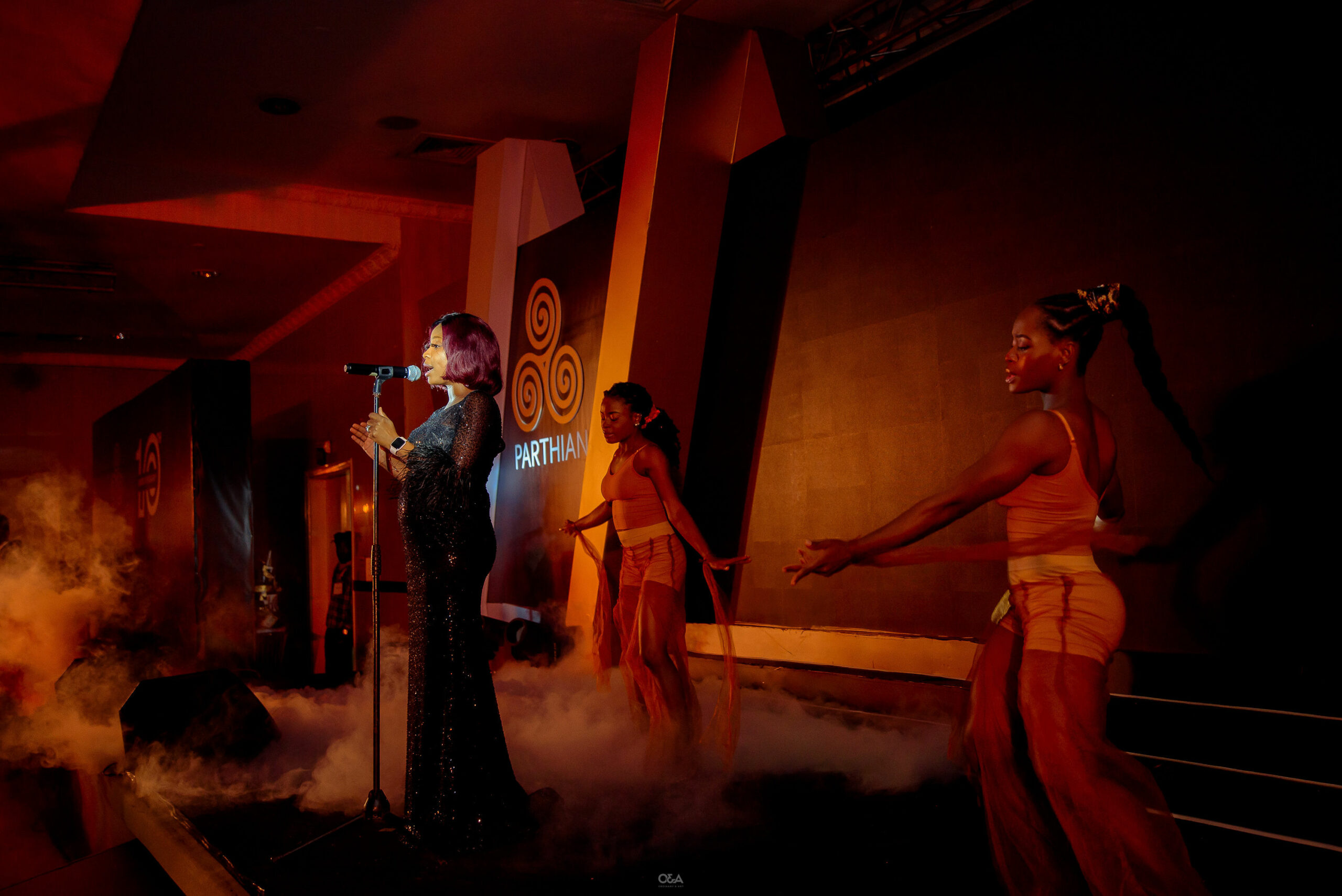 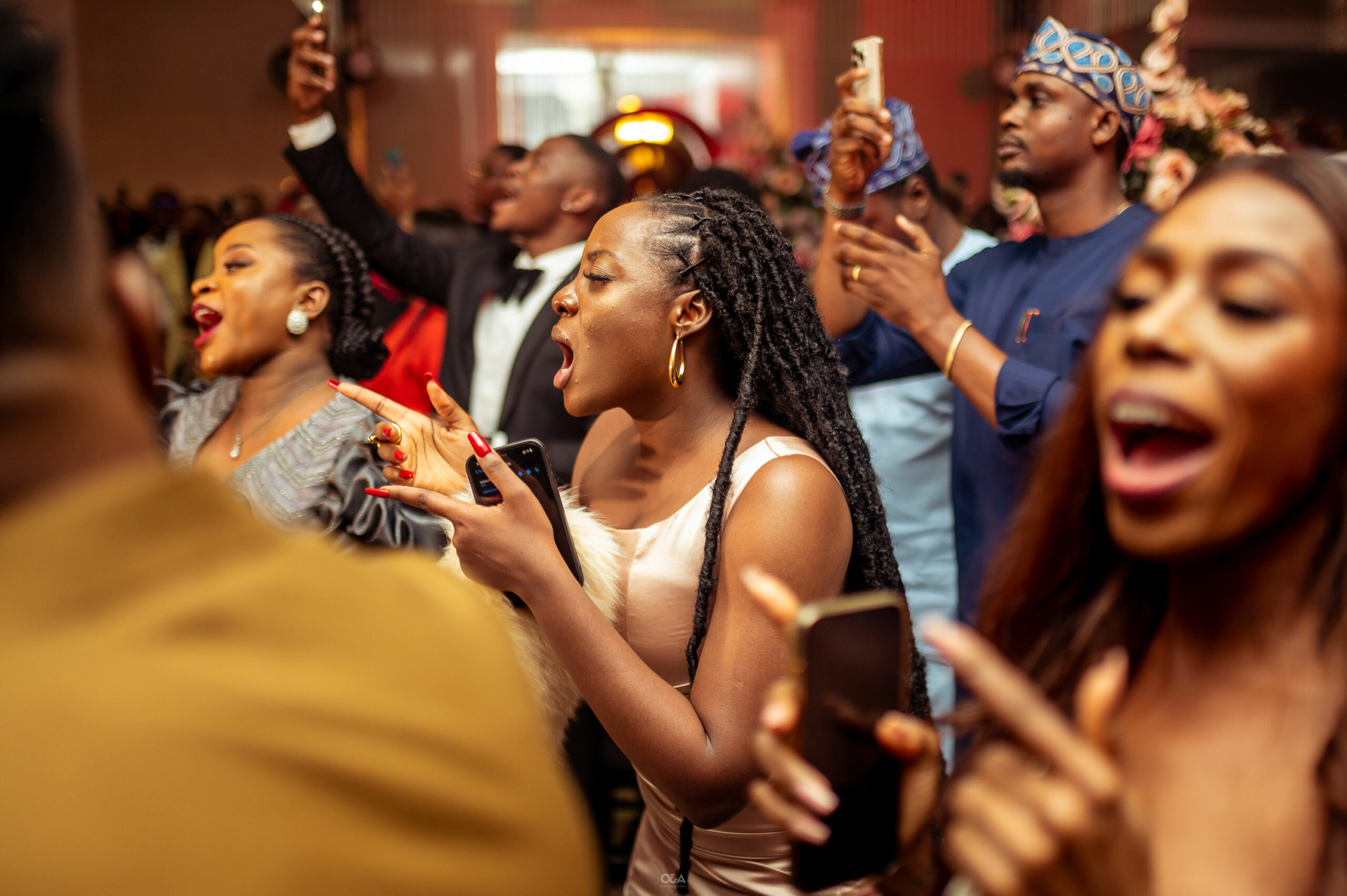