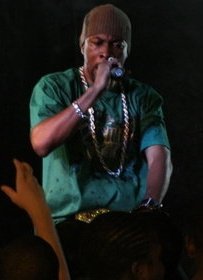 Fearless is one way to describe award-winning rapper, Ruggedman. He has no qualms about speaking his mind even if it stings. His first major single ‘Ehen’ was a testament to that. The stinging criticism from Ruggedman bruised some artistes egos but for others, it was a wakeup call which pushed them to step up their game. He followed his words up with actions, bringing us smash hits like ‘Baraje’ and introducing us to 9ice with ‘Ruggedybaba’ but a lot has happened since Rugged’s last album, the music game is no longer a game – its a bigger business than ever before. Buka Food has entered the picture and flipped the sound, videos are no longer shot by ‘your cousin’s friend with his camcorder’ – they are done by heavyweights DJ Tee, Clarence Peter, Gbenga Salu & numerous South Africa directors. Mr. Michael Ugochukwu Stevens is back once again with ‘Bangin’. Check it out!