The annual ThisDay Music Festival rolled into town some weeks ago. BN was on the scene for the opening night of the concert in Lagos. Unlike previous years where a plethora of musical stars performed, this year it was just R Kelly. As great as it was experiencing ‘the R’ perform live, as we have come to expect the logistics issues were a huge turn-off! The show was held in a marquee at the Federal Palace Hotel in Lagos and was billed to start at 8.30PM…Guess what time R Kelly hit the stage? 1.20AM! Note that ticket prices for this VIP performance were over a 100,000 naira. Just before R Kelly began his performance, Basketmouth did his best to entertain the crowd with some jokes while D’Banj and Wande Coal worked the crowd (they did not perform though). Overall, R Kelly was a good performer. Each one took us back to some moments in our past – maybe your prom, maybe the first party you ever went to, perhaps your last birthday. The clouds of R Kelly tumultuous past (as in his alleged tape with a minor and subsequent trial) hung over certain aspects of the night though – I felt very uncomfortable during some of the crotch-grabbing, tongue darting moments of the performance – many ladies in the crowd seemed to lap it up though and there were screams of encouragement from around the audience. Overall, R Kelly’s his greatest strength is his portfolio of hits and he showed that off well.

Any feedback from anyone else who attended? Let us know. R Kelly also performed in Abuja and an encore performance in Lagos – Sauce Kid and Ikechukwu opened that show.

Now that we are done with the show. How about the fashion? Check out BN Red Carpet Fab at the ThisDay Music Festival 2009 (VIP Performance Night) 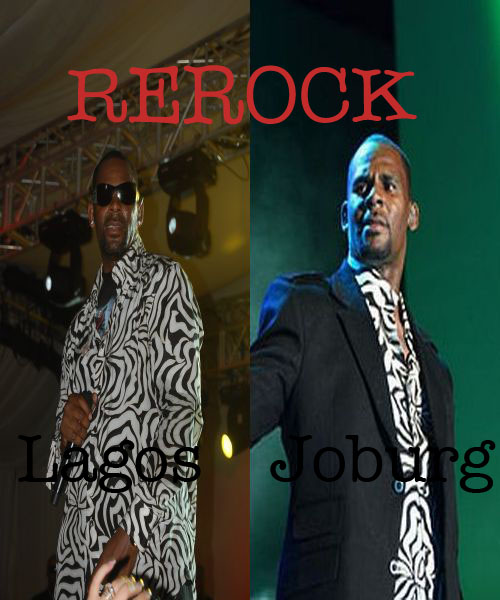 We'll start with the headliner, R Kelly - Mr. Kelly does the 'geographical rerock' by rerocking the Zebra print shirt that he wore at the ThisDay ARISE Fashion Awards held in Johannesburg. In Lagos, he rocked the shirt partly unbottoned with a Michael Jackson Tee Shirt underneath. Nice One R. Given the global economic situation, even stars have to count their pennies! 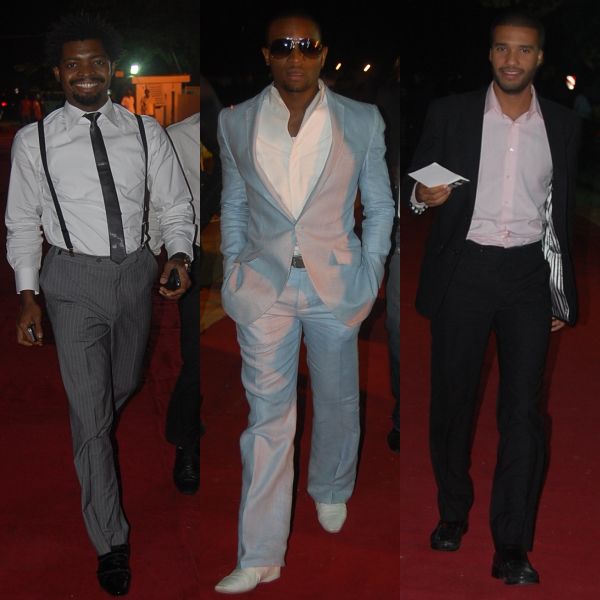 These gentlemen went for the semi-formal look. Basketmouth in his grey trousers and suspenders. D'Banj in his pale blue suit and our other gentleman in his paired down black suit with a powder pink shirt. Nice one fellas! 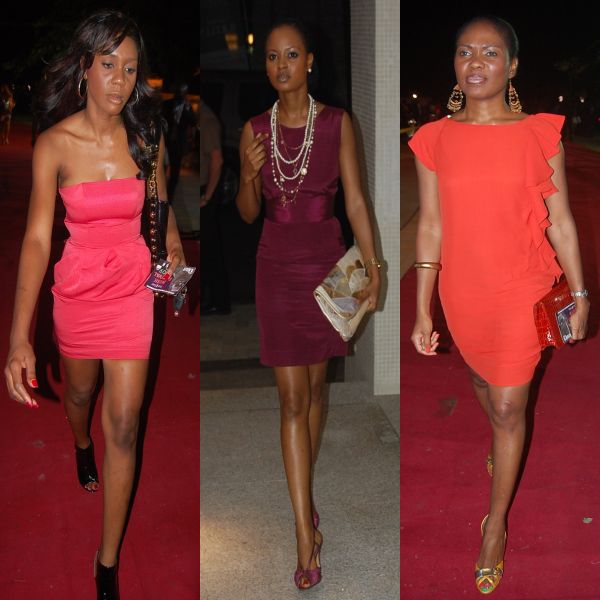 Coral, Plum and Orange! 3 bold colours choices for these 3 ladies on the ThisDay red carpet. The lady in the structured strapless coral dress rocks it with black booties, Omowunmi Akinnifesi matches her dress with her shoes and then ivory & gold accessories while our final lady goes for orange & gold 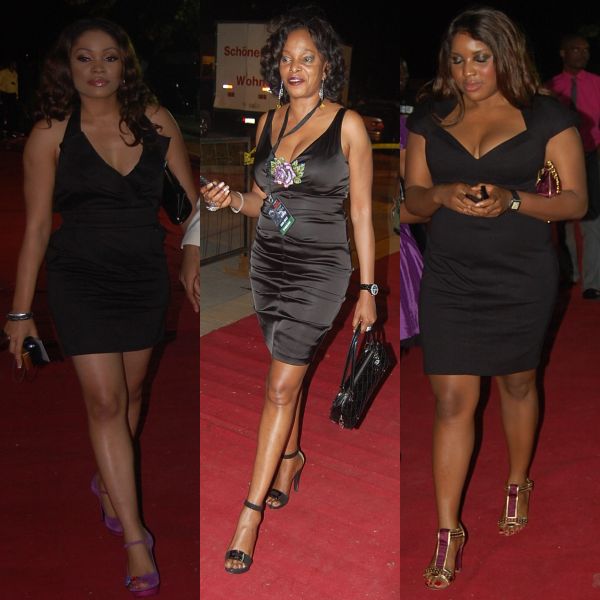 3 different spins of the LBD 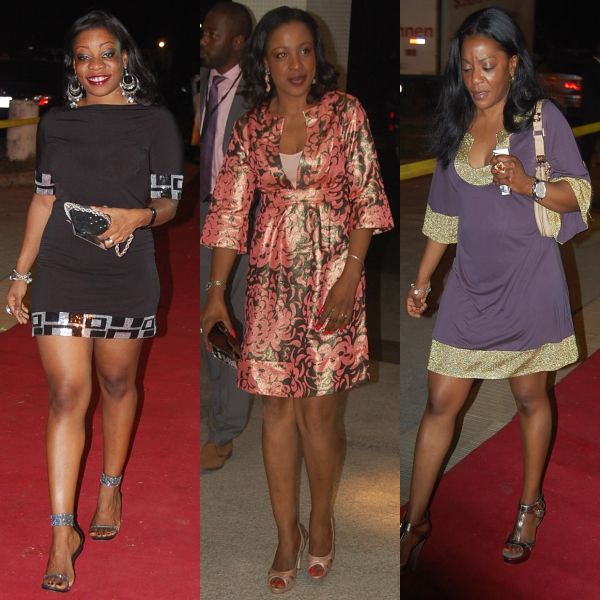 You don't have to show it all off to look hot. Sometimes, less is more - these ladies are spot on in their sleeved minis 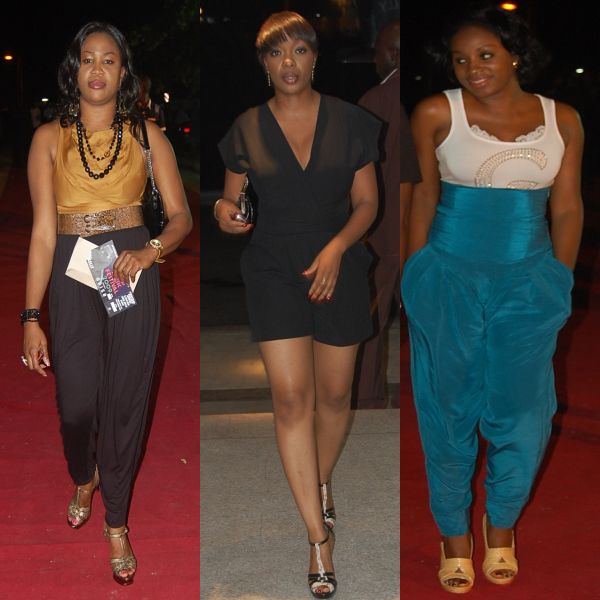 The trendy trio attempt 3 current trends. The harem pants, the playsuit and the hammer pants. Who pulled it off? you be the judge 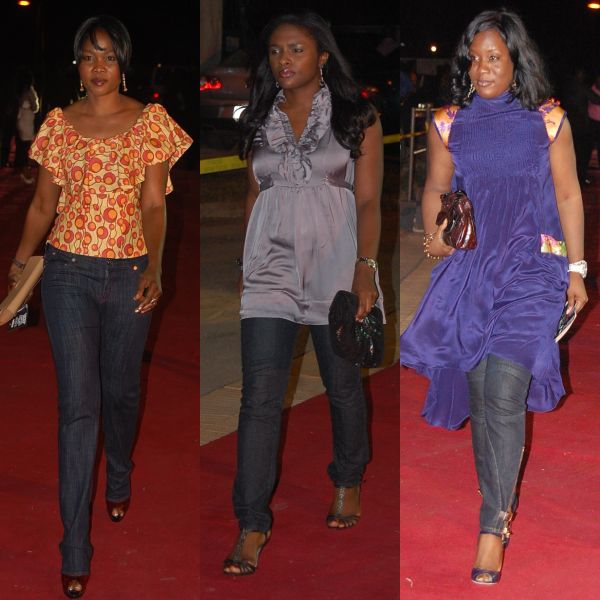 Denim will never go out of style! We love how Odio Oseni spun her outfit by styling up the skinny jeans with the long ethnic top 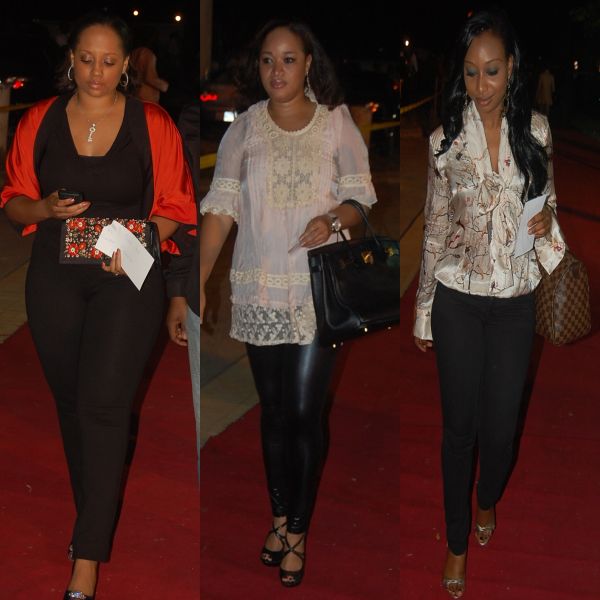 It takes a brave girl to wear skinny pants. However, in a black it can be very flattering - check out these ladies from Dara in the black leggings to the lady in liquid leggings and then on the safer end of the spectrum skinny black denim 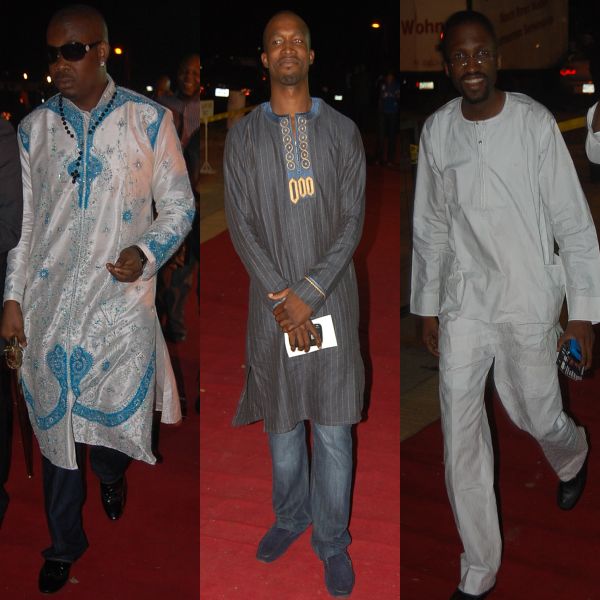 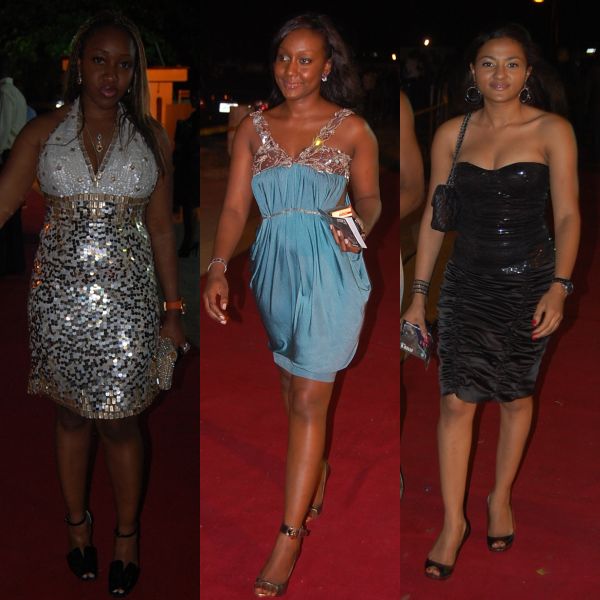 Shimmer, sequins and more shimmer. Jennifer, Halima and Linda go for the more is more look! 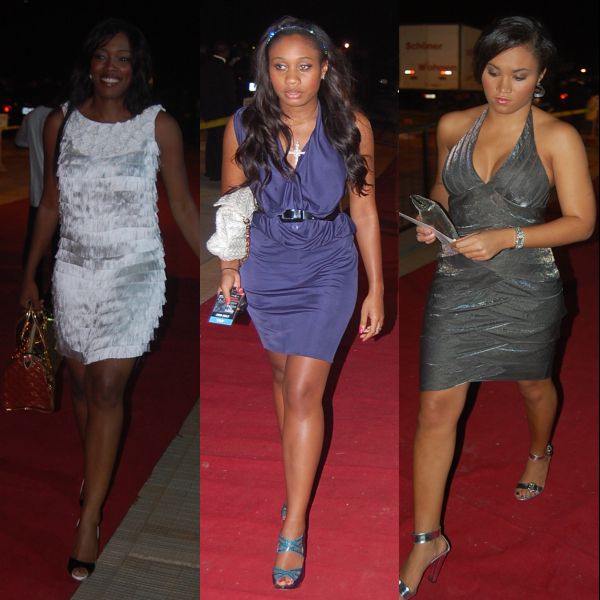 'The Party Dress' look can take on so many identities. Elohor Isiohor does it classic flapper style while the other guests go for a more modern 'party dress' look 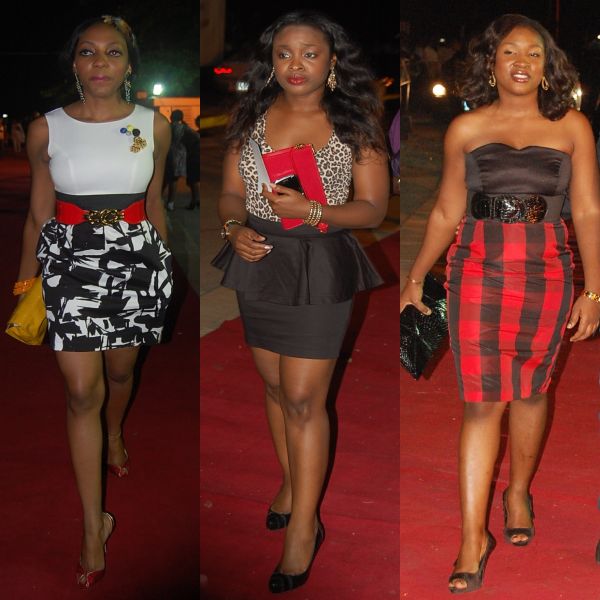 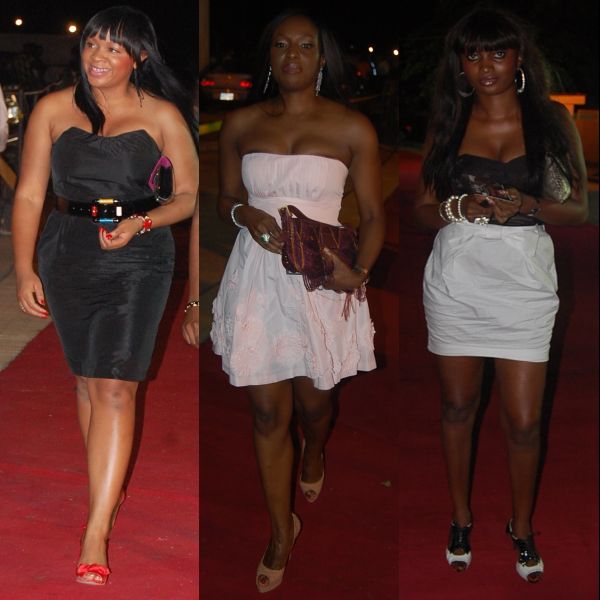 The strapless dress is always popular on the red carpet. From the classic black to the full-on monochrome to Mo Abudu showing that hard work in the gym pays off! 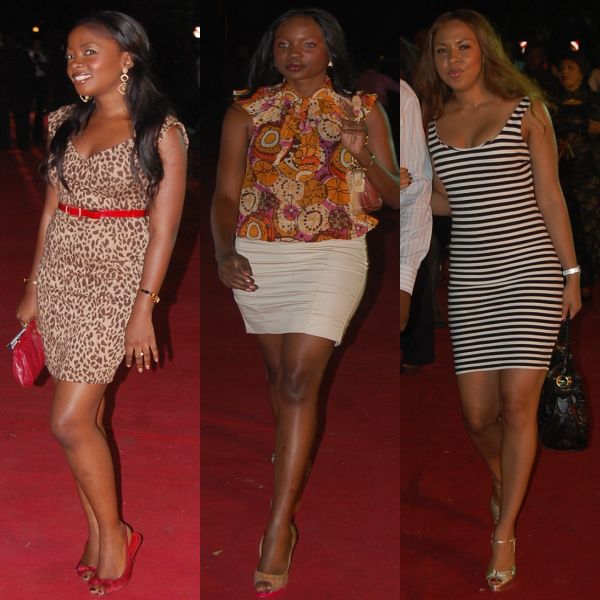 Toke Oyegoke, Modele Fadayomi and Jania Ogbeide show that if you've got it - flaunt it.

What are your hits and misses? Any faves?
For Previous BN Red Carpet Fab Posts. Click HERE
Want to learn about the art of ReRocking? Find out HERE

How Many Ways Can You Say Stunning? Oluchi on the cover of July’s ARISE