The red carpet looks at the 2009 Soundcity Music Video Awards were immensely diverse.
Elegant, sexy, dapper and in some cases – just downright wrong!
Check out BN Red Carpet Fab picks from the 2009 SMVAs. 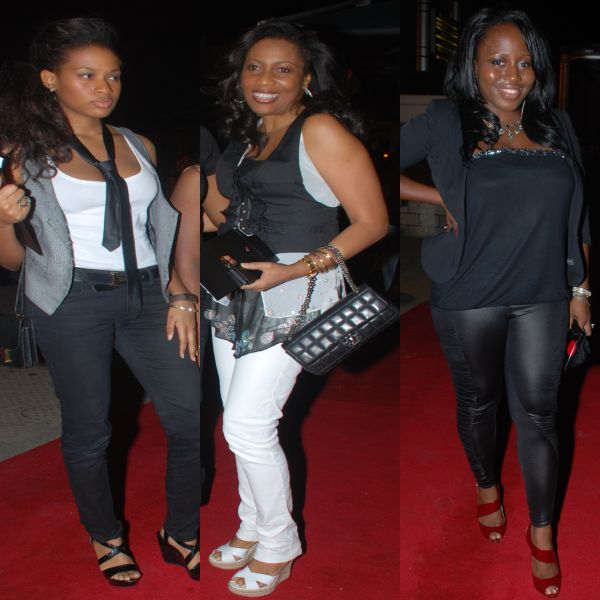 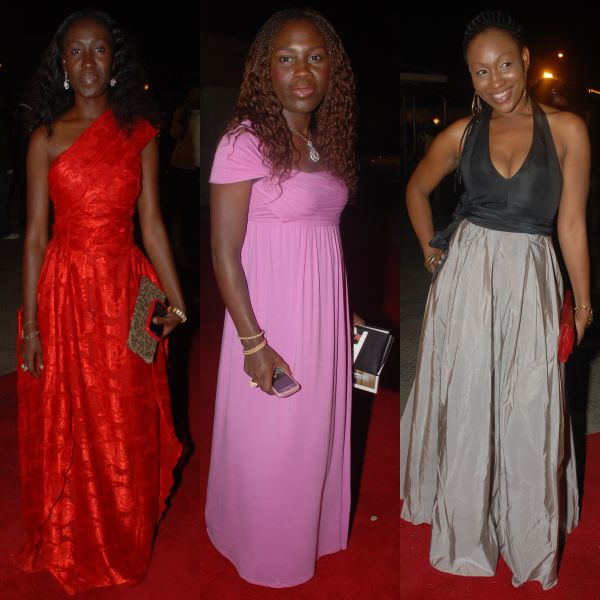 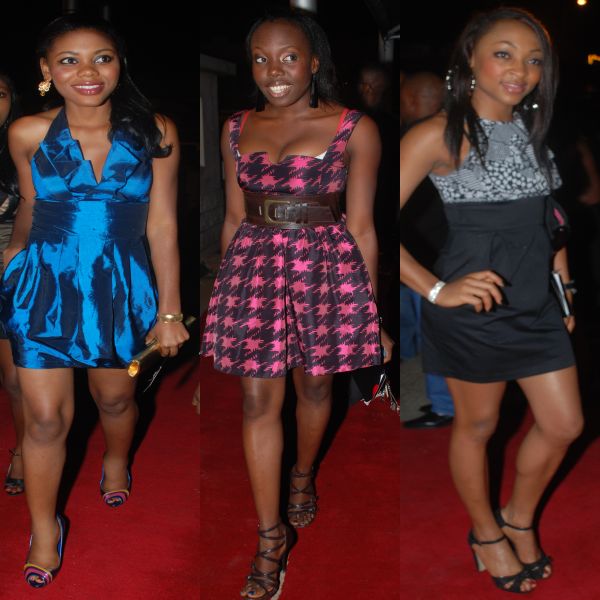 Young and Trendy: The SMVAs is a musical awards show, therefore its very fitting that many of the guests including Kokolette Rekana were decked out in trendy, colourful minis 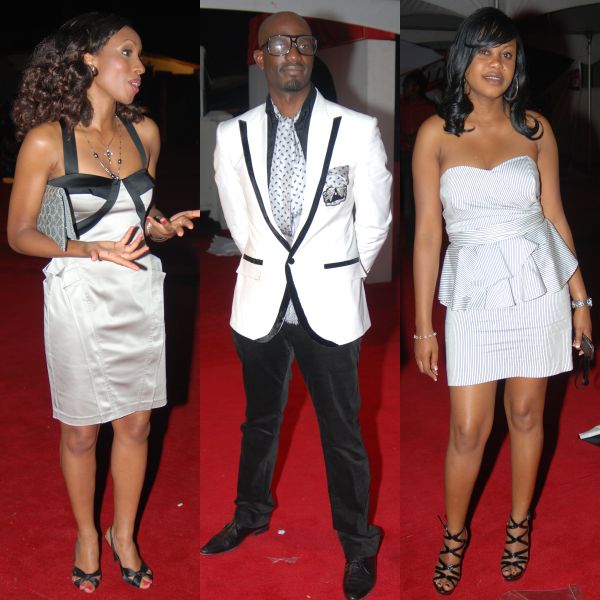 Black, White & Silver: There is something about black, white & silver that just stands out! TV presenter Adora Oleh looks great in her black and silver satin dress. Ohimai Atafo of MAI struts his designer stuff in one of his creations while one other guest rocks in a black & white striped mini 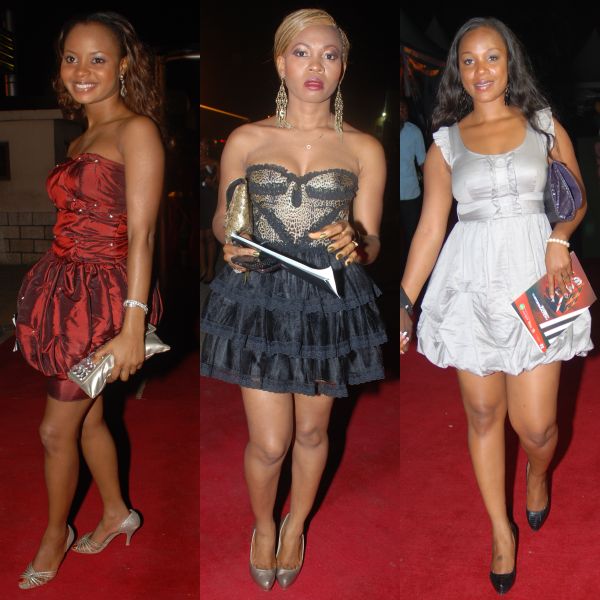 Volume, Frills and Puffs: These ladies went for the unconventional party dresses. Omowunmi was in a red puffball MAI creation, Goldie in a black dress with a bustier top and layered frilled bottom and our other guest in a frilled silver dress with gathered volume skirt 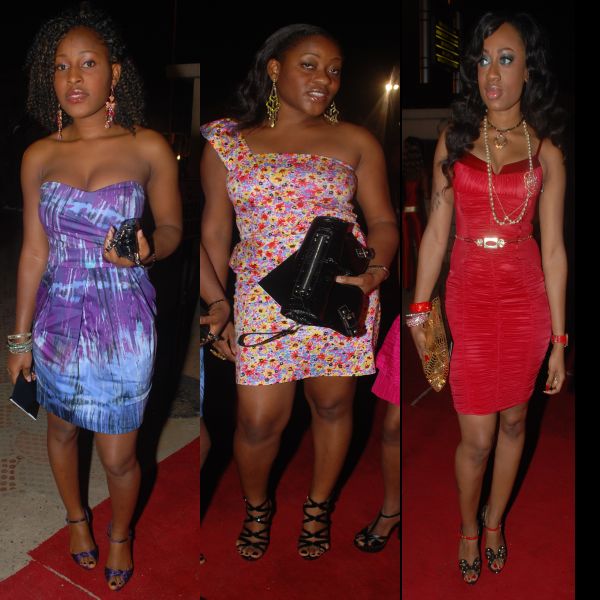 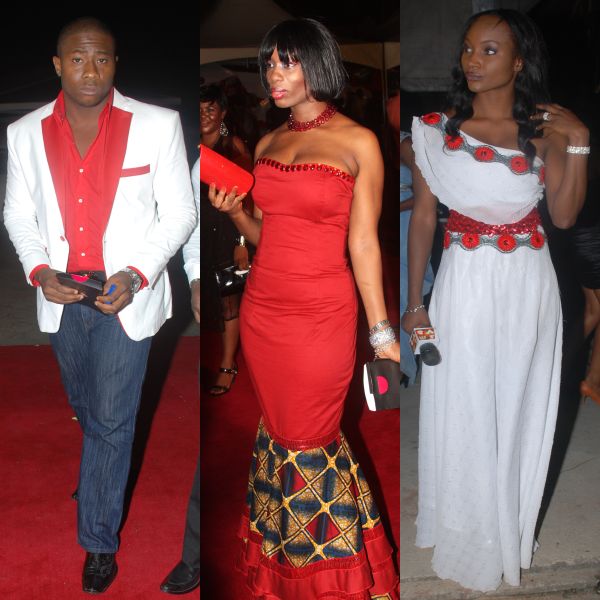 Red Rock: Red is a very tricky colour to rock because it be hit or miss! Most guys would shy away from red and white but Nnadi Richard rocks it. Zeal shows off her post baby figure in a fitted red strapless fishtail dress. Isio dons one of her favorite styles - a floaty white chiffon dress with red sequin accents. 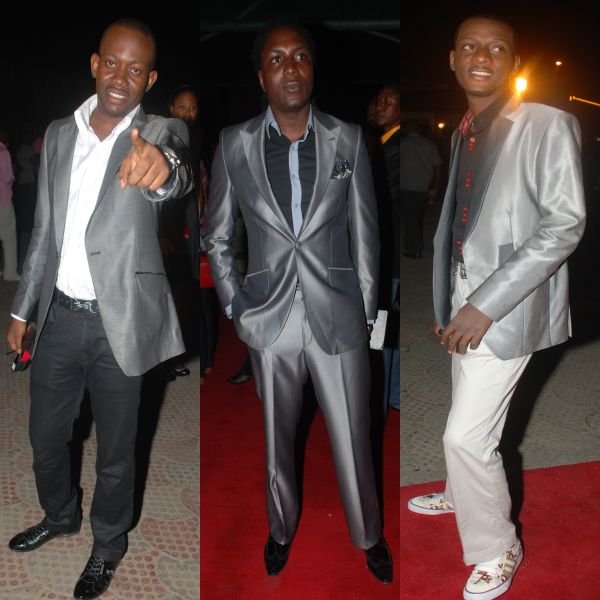 Shiny: For J Martins, Steve BabaEko & ID Cabasa, they wanted to add some pizzazz to their blazers and suit. They did just that buy choosing metallic hued looks 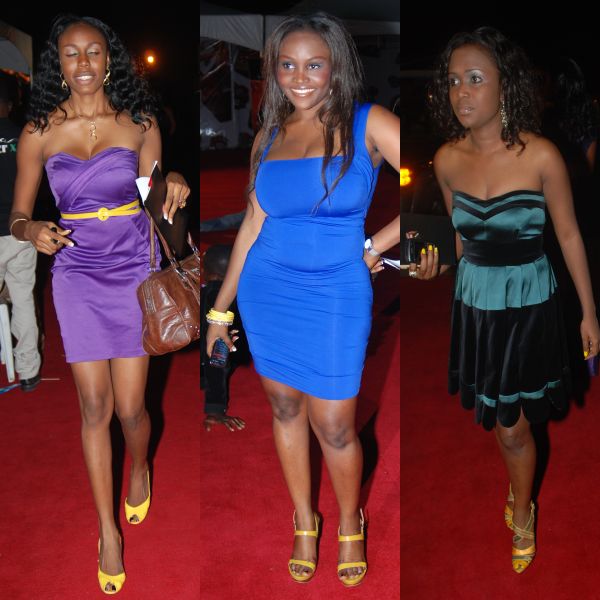 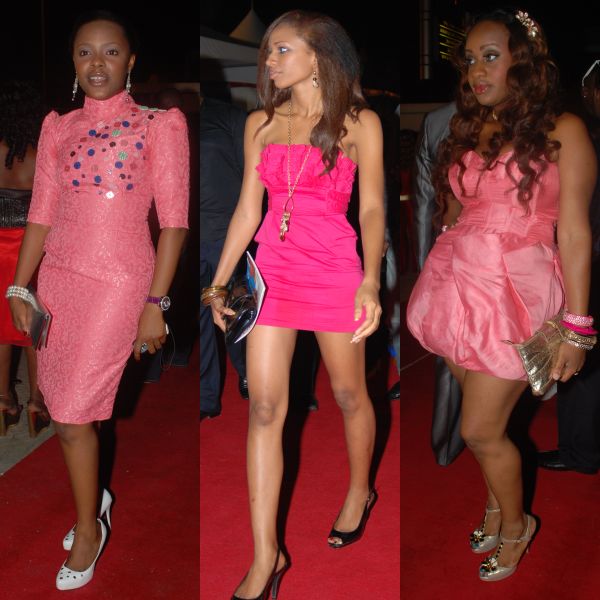 Pink Ladies: Girly pink is always a female fave on the red carpet. These ladies show off 3 ways to rock it 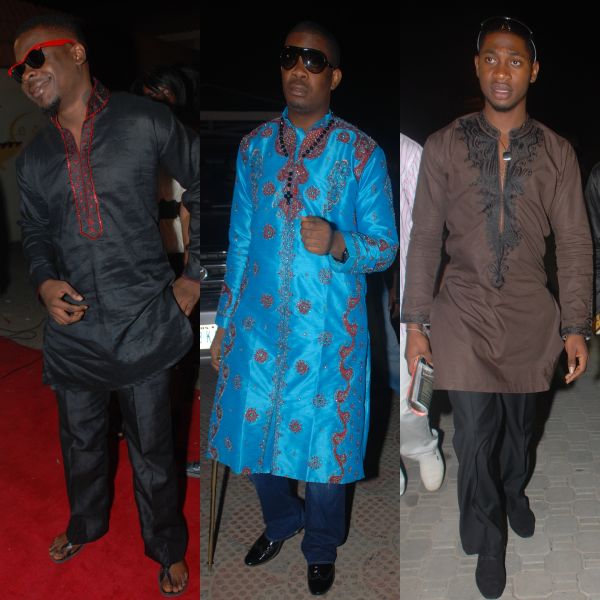 Kaftan: In recent BN Red Carpet Fab features, we have seen a rise in the men rocking kaftans. It seems Don Jazzy is leading the way in his signature embellished kaftan. Shank and the other SMVA guest also join the train and rock the trend well 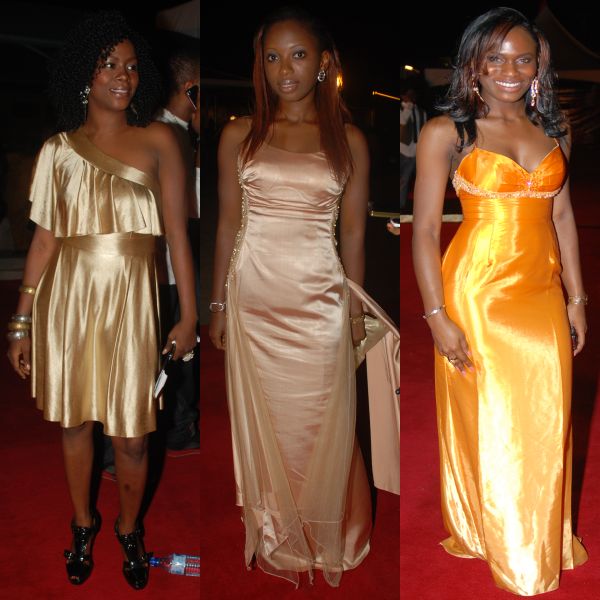 Metallic: Metallic hues were also popular among the ladies. As guests including Yvonne Ekwere (Vixen of STV) braved this scene stealing trend 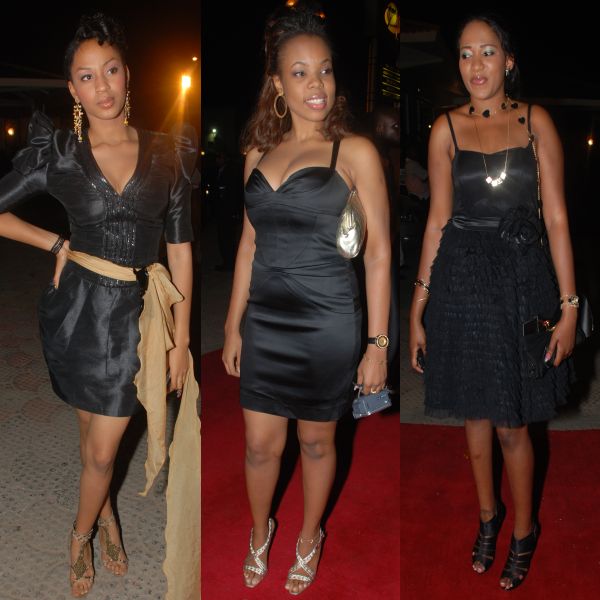 3 ways to black out: Black was in full effect on the SMVA red carpet as Munachi Abii and Rukki Sanda show in thier red carpet frocks 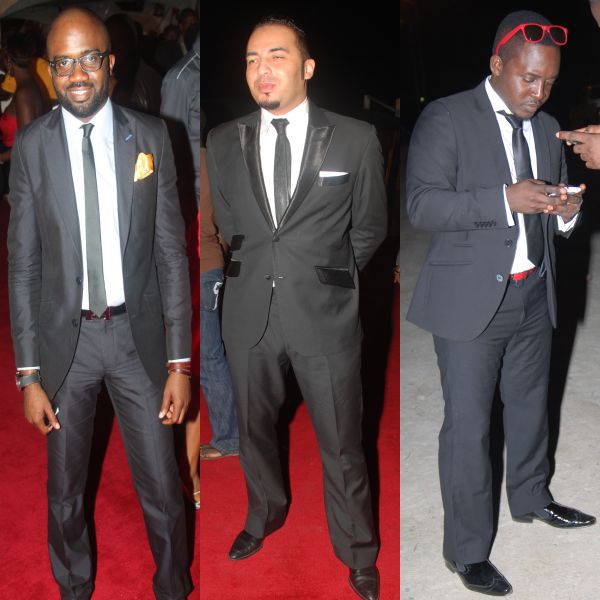 The Black Suit: Noble Igwe, Matthew Mensah and MI show that when you stick with the classics, you are unlikely to have a misstep. This trio all look good in their classic black suits! 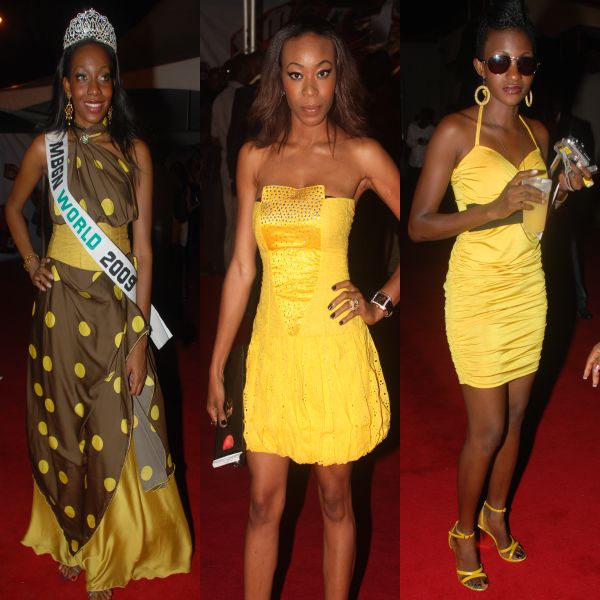 Hello Yellow: Yellow is only for the daring who want to stand out. MBGN World Glory Chukwu, designer Ugonna Omeruo and our other yellow lady do just that 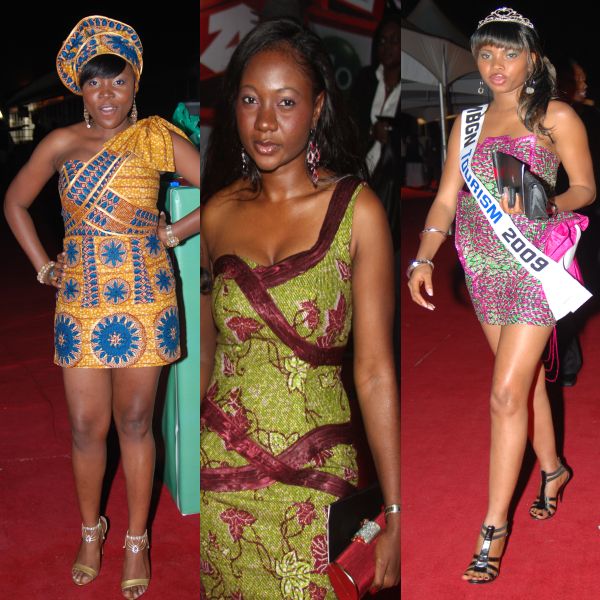 Ankara & Print: The print is in full effect as singer Omawumi, The Beat FM & BN's Ife Komolafe and MBGN Tourism 2009 show off their contemporary looks created with Dutch Wax fabric 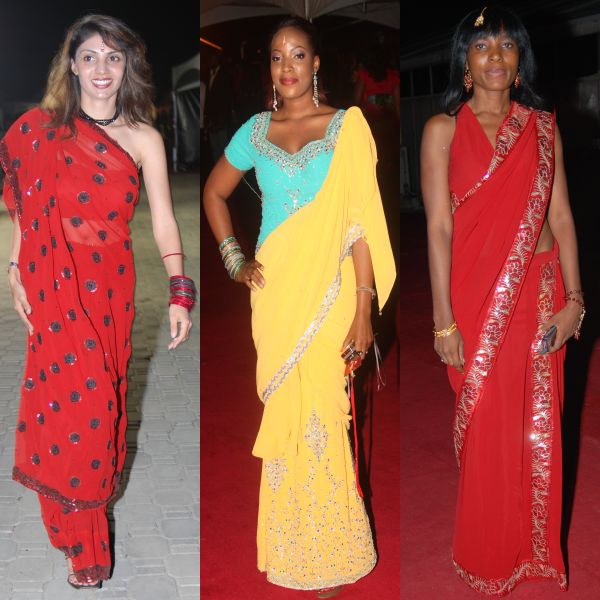 Sari: Over the last few years, the sari has become a red carpet staple in Nigeria ever since it was pioneered by red carpet mavens - Nike Osinowo & Nkiru Anumudu. SMVA guests including Linda Ikeji rocked the trend in a variety of colours 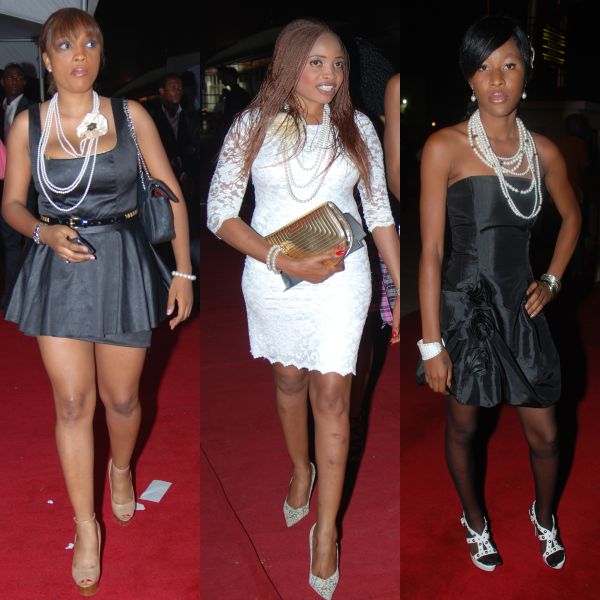 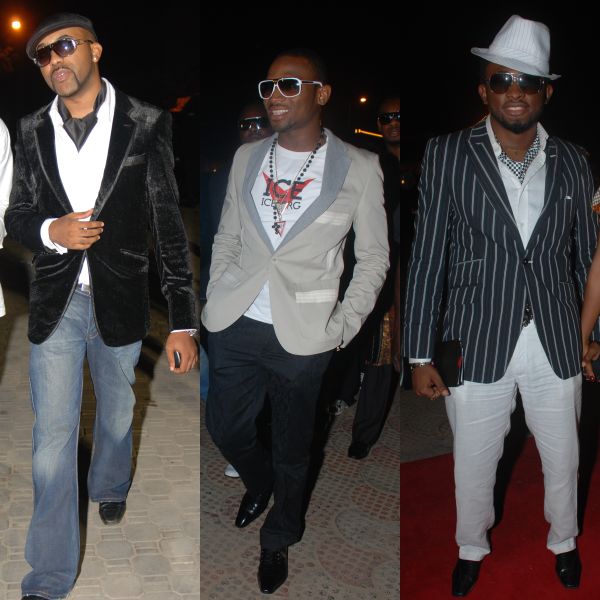 Menswear with a twist: Banky W, D'banj & Uti Nwachukwu decided to put their own spin on their menswear looks. Banky W in the velvet jacket and kangol hat, D'Banj in the grey blazer, white tee and sunglasses while Uti was all stripes and spots in his white striped hat, striped blazer and white trousers. 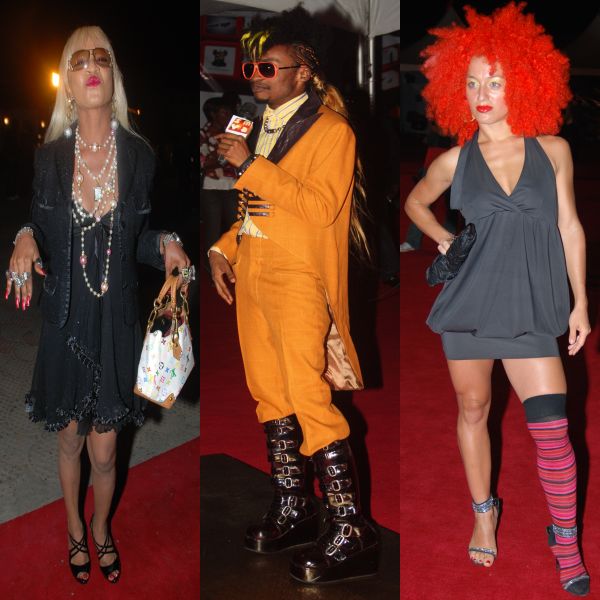 Wild & Wacky! We just love when people decide to throw caution to the wind and rock the wackiest and most zany outfit they can put togather! That is exactly what Denrele and these 2 ladies did!

Who was HOT and who was NOT?