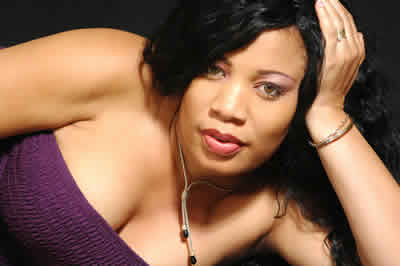 As news filtered through on the latest Nigerian celebrity divorce – that of Nollywood star, Monalisa Chinda and her husband, Victor Olusegun Dejo-Richards. Many are left wondering – Is celebrity status, a recipe for marriage disaster? From the world of music – case in point Kenny St. Ogungbe and Eddy ‘Montana’ Brown to Nollywood – case in point Eucharia Anunobi’s divorce saga to the Yoruba Movie Industry – case in point Fathia & Saheed Balogun to the socialite/’Lagos Big Girl & Big Boy’ scene – case in point too many to mention!

To explore this issue, we decided to ask around – We asked a cross-section of people including a psychologist, relationship counsellor, pastor and a tabloid columnist what they thought of this phenomenon and this is what we got.

External Influence…creates cracks: We got this from quite a lot of our respondents, with people in the limelight – there are simply too many cooks in the kitchen. You have family and friends, media, fans etc…When your relationship is constantly the topic of discussion, even if you try to insulate yourselves, there are likely to be cracks. According to our relationship counsellor, ‘Though they might try to avoid it, many cannot help being influenced by external factors such as media – just imagine seeing an article that your husband is having an affair – it is going to have a negative impact – couples can neutralize that by building trust and communicating openly’

More empowered…to walk away from a bad relationship: According to some of our respondents, women in the limelight are more likely to be empowered (financially and otherwise), than the average women, this factor makes it easier for them to walk away from a bad situation. Our psychologist said ‘Many women in Nigeria are locked in bad marriages but can’t walk away especially due to the financial implications – celeb women are bolder and more financially secure, therefore they are less likely to stay’. True or false, this forms a compelling argument.

Ego…BIG egos: To thrive as a celebrity, you need to be bold, driven, resilient etc… while this might be the recipe for career success, marriage requires compromise and humility from both the husband and the wife. According to our tabloid writer ‘Celebrities are idolized by thousands, maybe millions of fans, they win international awards, they live glamorous lives; many find it difficult to leave this at work – when they bring their celebrity persona home, problems are bound to arise’. What do you think? Ego as a cause for divorce?

Temptation Central…Groupies & Admirers: Another popular reason highlighted by our respondents. The level of temptation for celebrities is inordinately high. In the words of our tabloid writer  ‘From admirers to groupies, these tempting factors make marriage vows seem like handcuffs’. That is no excuse says the pastor who gave us feedback for this article, according to him, ‘Marriage is a holy bond and fame is no excuse – straying from wedding vows is a surefire way to destroy the trust in marriage – once trust is gone – the marriage is exposed to failure’. What do you think of this?

Rocky Foundation….Shaky marriage: This was the most popular explanation given by those who gave feedback for this article. According to our respondents, most of these celebrities and socialites did not get married for the right reasons or at the right time. With the pressure from family, press etc…Many entered marriages ‘just because they wanted to settle down’ or ‘because their families have joint business interests’. Also in many cases, the celebrity’s partner was more enamoured with the public persona instead of the real person – this situation has played out with many ‘foreign-based businessmen who married Nigerian actresses’. All those lead to problems later on.

Not only celebs….Represents what is happening everywhere: Some of our respondents felt this wasn’t a trend at all! That the rate of divorce among celebrities and socialites is not over and above the rate of divorce in our society at large. Instead they felt that, because celebrities lives are under a microscope with their personal affairs being made public – it creates a false impression. Another interesting angle – what do you think?

It is so sad to see people breakup especially when there are children involved – Monalisa’s divorce is a huge shock as I always felt she and her husband had such a strong marriage. I had seen them together on various occasions and also read her interviews – the way she spoke about him was so effusive.

Oh well. We’ll really love your feedback on this! So what do you think – Marriage in the limelight = DIVORCE?

Nneka – The New Postergirl of the Afropean Music Movement