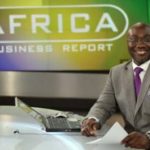 It is a story that seems to be fascinating the international media, the tale of ‘returnees’ to Africa. CNN did a feature on young Nigerians returning to work in the country a few months ago and now BBC explores the story behind Nigerians who have moved back to start businesses.
The feature was on this weekend’s episode of BBC Africa Business Report. Watched it and found it quite insightful and inspiring. We can tell you firsthand that doing business in Nigeria is really challenging but ultimately very rewarding. Reports like this send a great message. It shows a different side of Nigeria to the world, one of progress and positive initiatives. It also lets people know that indeed they can make a difference and drive their business ideas to fruition.
See the report below.
_____________________________________________________________________________

Kabir Audu is a very successful Nigerian. He’s 30. And he has an idea.

“He called on Israelis around the world to come home. To build an Israel greater than their wildest imagination.”

“We see Nigeria every day – tremendous talent, this tremendous potential. Imagine if it’s wielded toward one vision.”

Both were making a fortune on Wall Street. Both were bored.

“Every deal felt just an extension of a previous project,” says Tunji.

“I came back to Nigeria after 10 years. I realised this place was calling for young entrepreneurs – to breathe new life into the system.

It will harvest its own rainwater and be powered by solar energy.

“We want our architecture to shape the way people feel about their space, their community,” says Tunji.

“Great buildings, inspirational buildings, don’t just have to be in the UK or the US.”

Tunji and Kabir are two among hundreds of thousands.

Bode Pedro is another.

“People are coming home because they want to be part of it.”

All of them were educated in the US, but their rich American accents are barely noticed in the nightclubs in Lagos.

Another giveaway – Lagos is sprouting recruitment agencies with a difference.

They specialise in bringing talented Nigerians back home.

“That’s multiplied by three now. We’re looking at the best part of 15,000 people on a monthly basis.”

The influx is startling. Nigerians have a word for them – “re-pat”.

And, it appears that there are two types.

Entrepreneurs like Kabir and Tunji have spotted a market and are starting businesses.

Meanwhile, thousands of others are seeking shelter from the global financial crisis.

And these refugees are attractive employment for the entrepreneurs tapping into Nigeria’s potential.

With a huge market and a huge labour force combined, Nigeria ought to stand alongside Brazil or Russia.

So why doesn’t it?

The answer is that Nigeria has not enjoyed the same economic growth.

Here, a businessman’s lot is not always a happy one.

Chronic electricity failures, traffic jams that last for hours, the delays, the half truths and shadows of corruption. All of that makes doing business here very difficult.

“What do you need to survive? Passion!” laughs Tunji Abdul.

“You have to make sure you’re one step ahead.

“Get up earlier and leave the office later. Move around when traffic is a bit less. 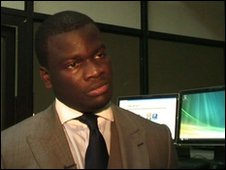 “It’s your business to find a solution.”

And if you can make it work the rewards are worth it.

“People keep saying, ‘Oh, you gave up a lot of money on Wall Street, to come back here…..’.

He pulls a face and smiles. “Actually, it’s not the case. In terms of rate of return, it is significantly higher than where we’re coming from.”

Being part of change

“Nigeria is so fresh. Right now, we have 5% computer usage here.

“It’s changing fast – and you’re either part of it, or not.”

For all of them, the bottom line is very good – but the personal kick that thrills them is the impact they’re having.

“You coming here is being part of a renaissance,” says Bode softly.

“You’ll be part of the growth of a superpower called Nigeria.”

He is deadly serious.

Premiere: D’Prince unleashes a trio of hits – Omoba, Ooze & I Like What I See