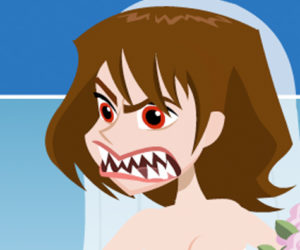 Getting married to the man or woman of your dreams; should be nothing short of the best day of your life. What happens if after months of preparation, things on the day don’t go according to plan? As in, It’s not like you can do it all over again…(well you can, but it involves a word starting with D and nobody prays for that).

A few months ago I heard about a couple who had hired what they thought was a ‘professional photographer’ to take official pictures of their wedding day. He had been recommended to them by a friend and of course they checked out his portfolio.  You can just imagine the shock on their face when they opened their wedding album for the first time.  Heads and limbs were chopped off, angles were askew and in so many shots you could hardly see the bride.  The lighting was terrible. Out of 400 pictures, only 22 were good enough. If not for the guests who took pictures on the day, they would have nothing to show for their wedding day.

Hearing about this got me thinking about other potential wedding disasters,  that could leave you wondering ‘who has cursed me’?

I think possibly the worst thing that could happen, which beats all of the above hands down is the bride or groom having cold feet and not to turn up at all. To be honest I guess no matter how wrong things go, the most important thing is ‘you got married’.  Everything else sort of pales into insignificance; well unless you are a perfectionist like me-  who even 20 years down the line will still be insulting the photographer/caterer/ videographer/ baker….

After all the day should be unforgettable for all the right reasons.

When The Lady Says ‘I Don’t’