It was an inspiring experience at the Women in Management and Business (WIMBIZ) 2010 Annual conference, the 9th in series held at Eko Hotel & Suites, Victoria Island on November 4 and 5.

American Civil Rights Activist and Baptist Minister, Reverend Jesse Jackson kicked off the event charging the participants to continue their various endeavours and stating that ‘it is possible for a woman to become Nigeria’s President’.

Shortly afterwards, the Keynote Speaker, Ben Murray-Bruce, Chairman Silverbird Group without mincing words, challenged the delegates of the conference to make an impact in their immediate environment. He emphasized that, “We have fundamental problems, there is no point just talking about them, steps should be taken to solve these problems”.

In addition, he shared his life with the participants from his experience in the Civil War to starting his career in entertainment and in between took time to highlight the individuals like Obafemi Awolowo, Fela Anikulapo Kuti and James Brown who have influenced his life and career. Jeffery Daniel of the hit music band, Shalamar; who accompanied Ben Bruce took a few minutes to encourage the women and pledge his support to making Nigeria a better place.

The highlight of the day’s Plenary Session was the interactive session where Ben Bruce was made to answer for his fraternity with past leaders and public officers and why he has not proferred solutions to Nigeria’s many problems. In his words, ‘I have spoken to them about these many times but they won’t just listen!’

Later on, Dr. Tony Rapu of the Freedom Foundation shared his work with rehabilitating individuals with addiction to drugs and the participants engaged him and other officials of the foundation on their work. With tears flowing freely and emotions unhindered, many more readily volunteered to work with the foundation towards achieving its goals.

This was just the first lap…

The second day’s activities commenced with a quick recap of the highlights of Day 1 by Omobola Johnson, Chairman, Accenture and Trustee of WIMBIZ. The Executive Secretary, Ini Onuk delivered an update on the activities held all through the year and plans for the year 2011 which will be the 10th year of the existence of Women in Management and Business (WIMBIZ) in Nigeria. She sited the key issue facing WIMBIZ, which is the lack of funding for their various programmes.
The first plenary session for the day was on ‘Raising Children in a Difficult World’. It not only stirred a lot of questions as regards to bringing up children in the jet age and era of misplaced cultural values, the speakers also advised women to ensure their children imbibed cultural values and are instilled with discipline from early ages whilst seeking spiritual guidance in home training.

Shortly afterwards, the women were educated on the investment opportunities available in the real estate industry and implored to be inquisitive about their stocks and investments. Tunde Fowler, the Executive Chairman of Lagos State Internal Revenue was the most ‘controversial’ speaker as the issues of multiple taxation and corruption with taxpayer’s money, tax remittance and other tax-related issues attracted an avalanche of questions, experiences and commentaries in the session tagged, ‘Show Me the Money’. Whilst attempting to tackle the issues one after the other, Fowler gave a detailed explanation of Lagos State Government’s usage of tax income and took the participants through personal assessments and taxable finances. In the end, the women resolved to be more responsible with their taxes and to shun evasive tendencies.

This upbeat mood set the pace for the debate on ‘Do I Have to Be In Politics to Impact my World’ that followed. Here, the current statistics of 6% population of Nigerian women in political offices in Nigeria was highlighted. This figure is against the UN recommendation of 30% as Hon. Funmi Tejuoso and Hon. Jumoke Okoya–Thomas shared their experiences and encouraged more women to vie for political offices in future. Uche Eze of BainStone/BellaNaija.com and Dr. Chidi Anselm Odinkalu, Senior Legal Officer, Open Society Justice Initiative also made a strong case of why you do not have to be in politics to impact your world. It was a rousing and inspiring debate. 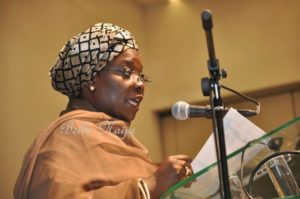 The WIMBIZ 2010 conference came on the heels of a hugely successful stakeholders’ forum co-organised by WIMBIZ with the Executive Governor of Lagos State, Governor Babatunde Raji Fashola SAN and other Executives of the State in attendance. Governor Fashola, who was the Keynote Speaker at the 2009 Conference, had promised to meet with the women if they could make it happen. The Trustees and Members of the organisation, at that event engaged the Governor on challenges of doing business in Lagos State.

WIMBIZ has also just completed the maiden phase of her Mentoring Program where 36 young women were attached to mentors for a period of four months in two batches. The model was adopted from the Vital Voices Foundation Program for Women, pioneered by the US Secretary of State, Hillary Clinton.
WIMBIZ Annual Conferences have become a reference point as an important gathering of the nation’s most powerful women in commerce and corporate Nigeria attracting international delegates from the world’s most influential corporations. 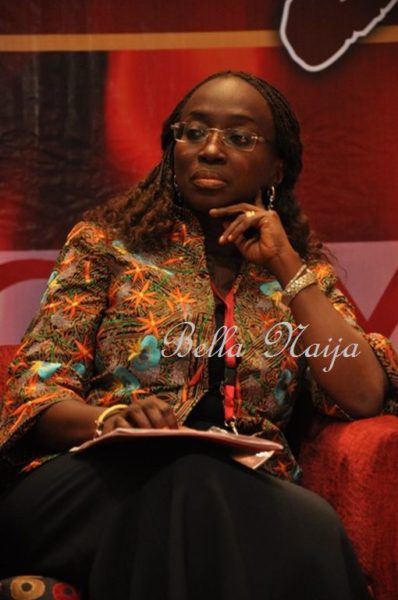 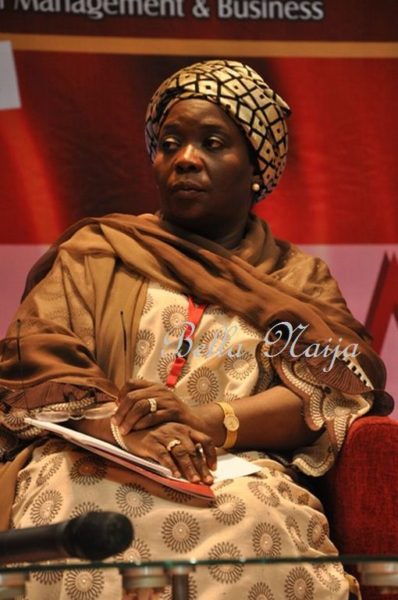 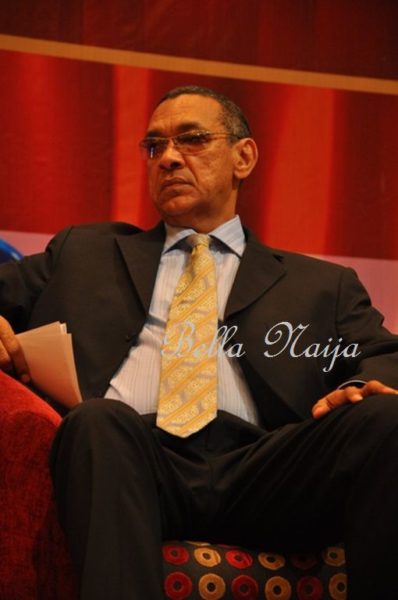 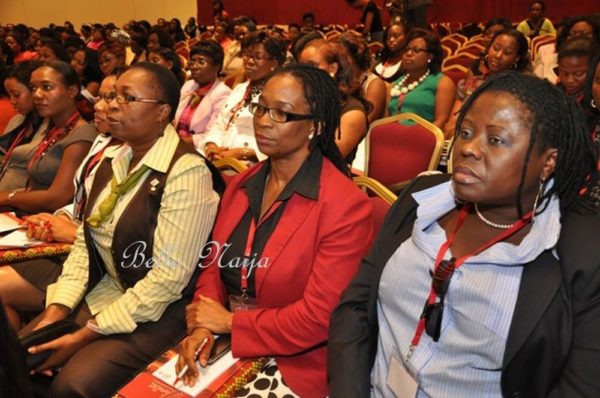 Cross section of participants at the 2010 WIMBIZ Conference. 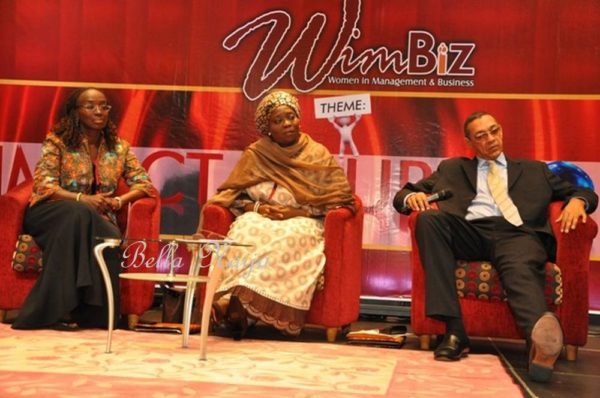 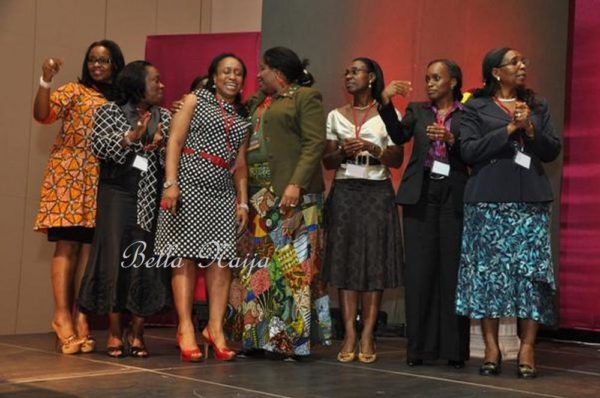 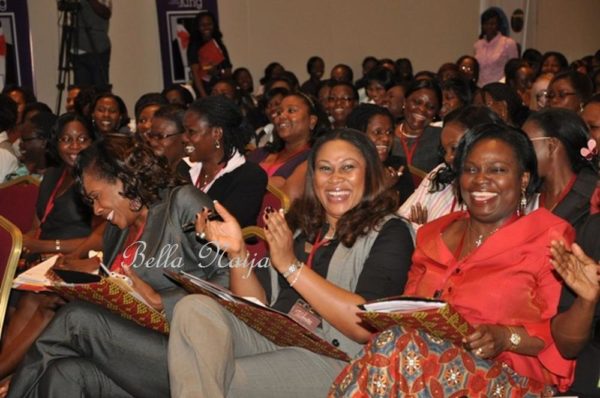 Cross- section of participants at the 2010 WIMBIZ Annual Conference 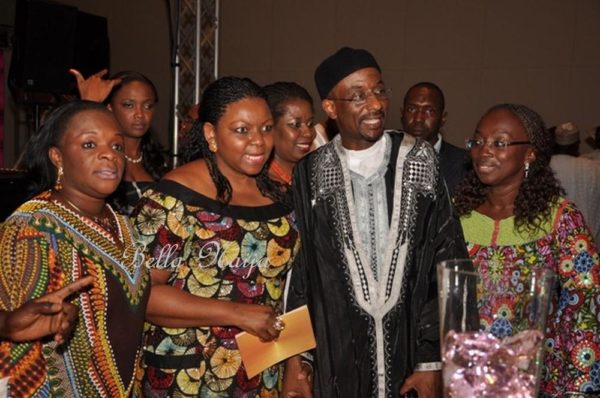