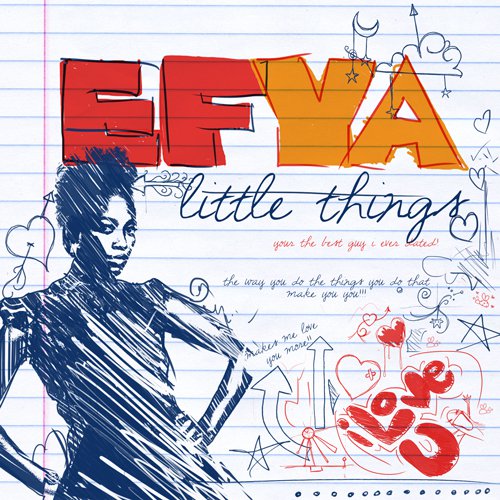 Ghanaian musician Efya is a new voice on the African soul music scene. Efya used to be known as “Jane”, one part of the musical duo, Irene and Jane.

Here is what Efya had to say about her “evolution”:

“Efya is my name. It’s who I am and who I’ve always been, but I needed to be ‘Miss Jane’ in order to discover Efya. I’ve found out what kind of music I want to do now. The ‘Jane’ from ‘Irene and Jane’ is over; that time was for us to grow in the music industry, to know the right things to do. We spent three years working hard and now I can stand on stage and do a whole one hour performance by myself and it’s because I went through that training process. Efya is ‘Miss Jane’ evolved.”

Now she has gone solo and now we get to listen to her first single, “Little Things”

Efya is collaborating for several artistes for her debut solo album, she was recently in the studio with Dipo of “Be My Man” fame, check out the video below:

In case you missed it, Efya was featured on the cover of CANOE Quarterly some months ago, here are some shots from the magazine.

The WOW! Fair: A Potpourri of Bargains, Relaxation and Networking – November 27 2010