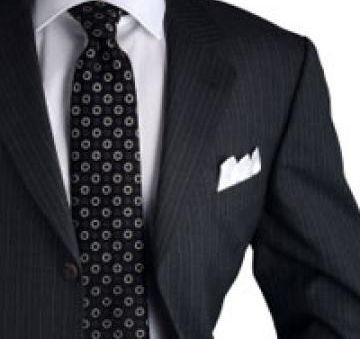 I am not sure if this is just my way of ranting or if I will get any valuable advice but I really pray that I get some good advice because I have reached my breaking point.

I met my husband in the United States while I was enrolled in my MBA programme. I grew up in Nigeria but not in Lagos. I moved to the US when I was a teenager. I went to college there, worked for a few years and then enrolled in my MBA programme. My husband was a different kind of Nigerian guy from the ones I had met in the US. He was sophisticated (not saying others aren’t but…) and very charming; He even dressed very differently from everyone but apart from all those superficial things, he was very grounded. When I say grounded, I mean, he treated everyone with respect and also ensured that we lived well but within our means. We got married after graduation and started our family there. We both had really great jobs in very hectic industries but we made it work.

We had 2 children and all was well. During the economic boom in Nigeria a few years ago, my husband began getting offers from companies in Nigeria. We discussed the options and decided to move to Nigeria. The company that hired him was very generous with their offer. We got an apartment in Ikoyi, a signup bonus, business class travel for the whole family to move over, also our personal items shipped to Nigeria and our children’s school fees paid.

My husband settled into his job and because it was a new environment for the children, I initially decided to become a stay-at-home mom. Lagos was also a big culture shock for me because the Nigeria I grew up in was very different from what I saw. Even in my children’s school, many of the moms were part of “cliques” etc…I took it within my stride but basically kept to myself. After we moved back to Nigeria, I started seeing another side of my husband. My husband had an official car from his office but insisted on buying a luxury SUV, he went on a business trip to Europe one time and came back home with a suitcase full of Saville Row suits, when I found out how much it cost, I was so shocked but he claimed it was an investment. There were so many lavish purchases e.g. a horse! If I mention the rest, most people probably will not even believe me because it was simply ridiculous. I tried to talk to him but he kept on assuring me that I should sit back and enjoy afterall, this is what we had worked so hard for all our lives.

I listened to him but also took some steps such as taking control of our budgeting. By doing this, I was able to pay off our credit cards in the US, my student loans for college and my MBA and finally paid off our mortgage to ensure that we owned our house there 100%. My relationship with my husband was still great, we got along, we were friends, we communicated, all was well but I was still worried about his spending and also his group of friends. I have nothing against rich people but many of his friends seemed to live in another dimension where they had to sense of the value of money. They just spent it recklessly.

2 years ago, the company that my husband worked for closed down. It was an affiliate company of a larger conglomerate and with the economic downturn, it was no longer sustainable. My husband lost his job. He received a generous severance payment but that is when the real change occurred. The rent was due for our apartment in a few months; I advised my husband that we move to a cheaper place since the company was no longer footing the bill. He refused. I suggested that the children move to a more affordable school. He ignored that and assured me that he would get a better job soon.

There were promises from his friends of political appointments (special advisor roles etc…) but nothing happened. When the time to pay our rent arrived, my husband pressured me into signing the documents to sell our house in the US to pay our rent and school fees in Nigeria! Can you imagine that? I begged and begged that he should reconsider but he accused me of not being submissive. That was how we sold a house to pay for rent and school fees. Till this day, I regret signing those documents but he put me under so much pressure and made so many promises.

Since then, things have gone from bad to worse. I found a job and that is what has been sustaining my family. My husband either spends all day at home or hangs out with his friends. He has not found a new job and I know that everyone has their downtime but he still spends money like all is well. He is very moody and always accuses me of looking down on him. He does not play with the children or even attend church. He had access to our joint account where my salary was paid into and was just spending indiscriminately claiming that he was using the money for “investments”. I had to ask my office to pay me via a new account and my husband was so upset over that but I just had to bear it.

For the school fees which was due last week, it took everything I had saved to pay it. I almost had to ask my retired parents for help but shame stopped me. I recently found out that he reapplied for new credit cards in the US and has run up the bills to the value of thousands of dollars. He used these credit cards to pay for trips abroad this summer. One of his friends had a bachelor party (for his second marriage o) in an exotic destination and he attended while his family is struggling. Even though I try to shield the children away from what is happening, they keep asking “what is wrong with daddy?”. Noone on the outside can see what is happening because on the surface, all seems fine and dandy. Our rent is due in a few weeks and even though I have a good job, there is no way I can afford it. Even his parents have tried to talk to him but he does not listen. I am tired. I am tempted to take the children back to the US with me and just leave him here to face the mess that he has created.

**Minor details have been changed to protect the identity of Mrs, Wife of Mr. Big Spender