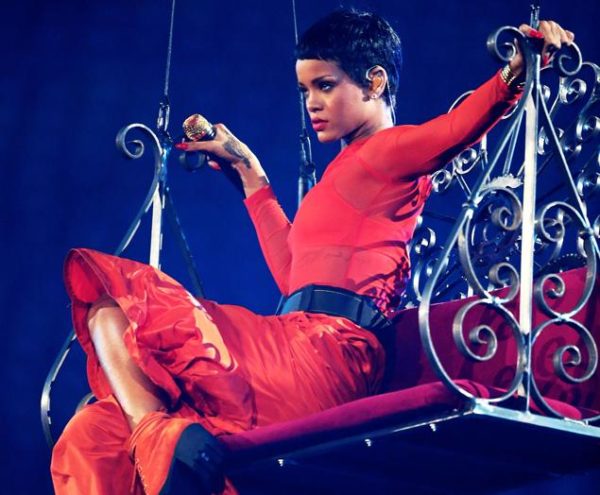 After a glorious summer, the London 2012 Paralympic Games came to an end last night with a spectacular closing ceremony. The show at the Olympic Stadium in East London which was tagged the “Festival of the Flame” featured more than 1,000 volunteers.

The ceremony began with a war hero who lost both legs in a blast on the battlefields of Helmand climbing a flagpole and proudly flying the Union Flag. Captain Luke Sinnott’s emotional end to the London Games was described as a “a supreme feat of strength and courage”. Then the National Anthem was sung by blind singer Lissa Hermans, who is also autistic.

During a moving speech by Rory Mackenzie, who lost his leg on a patrol due to a roadside bomb, flags from the competing nations formed a heart shape on the field of play before the shape was burnt into the ground.

The event was brightened up by flame throwers, blazing torches and a gigantic heart of fire which lit up the Olympic Stadium.

British band, Coldplay performed a selection of their hits to the delight of the audience. The band was also joined by special guest Rihanna, who arrived in the stadium on a gothic pirate ship, and rapper Jay-Z.

The ceremony included some stunning effects, costumes and performers, including a cast of artists living with disabilities who have spent weeks learning circus skills for the show.

As the display of the four seasons ended, the Paralympic Flag handover took place as it was passed from the Mayor of London Boris Johnson to Sir Philip and finally to Mayor of Rio Eduardo Paes.

Here are some pictures from the closing ceremony: 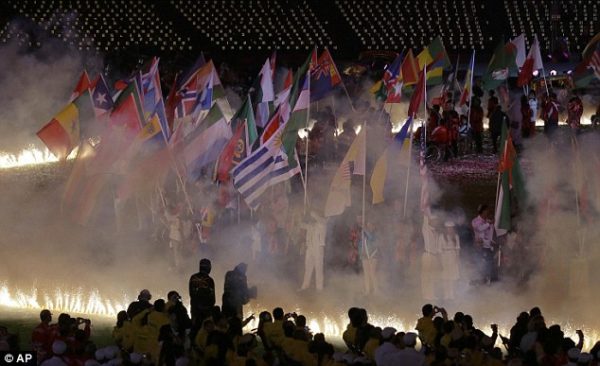 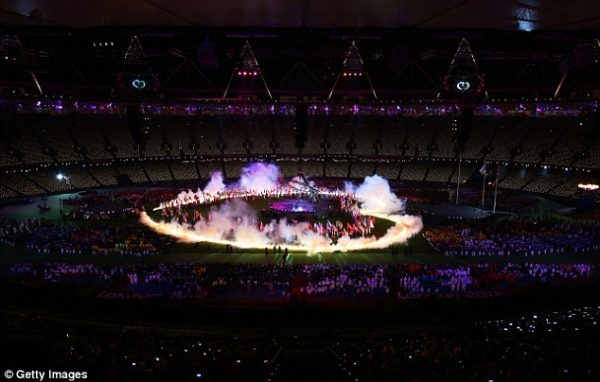 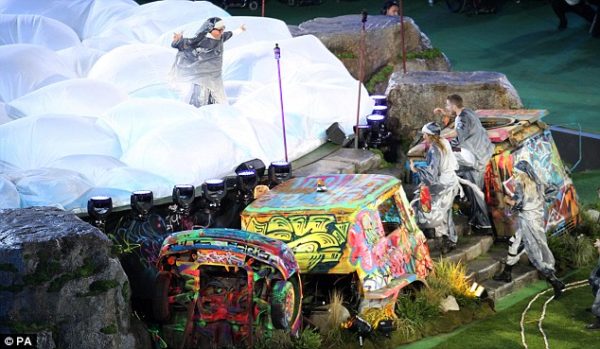 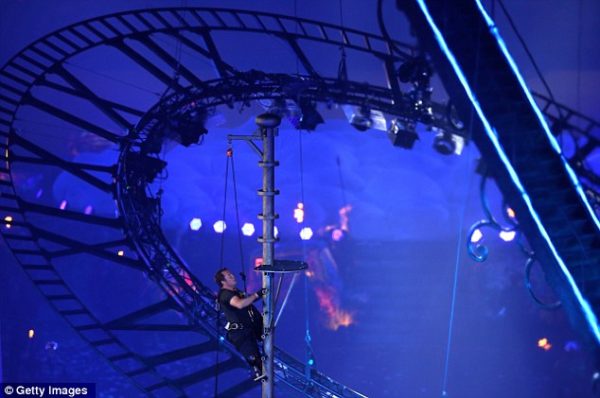 Jay-Z, Rihanna and Coldplay perform “Run This Town” and “Paradise”