BN Inside Scoop of Mildred Okwo's Movie "The Meeting": Q & A with Rising Star, Linda Ejiofor

Linda Ejiofor is a favorite of many fans of MNet’s soap opera, Tinsel. However, the budding actress is making her debut to the big screen with her role in Mildred Okwo’s new movie, The Meeting. Starring a stellar cast including Nollywood stars Rita Dominic, Jide Kosoko, Kate Henshaw, Nse Ikpe-Etim, Basorge Tariah, Chinedu Ikedieze and fellow Tinsel actor Femi Jacobs, Linda is excited about the movie. Set to premiere on the 19th of October, 2012, we caught up with Linda for a quick chat about her acting and the prospect of hitting the big screens. We hope you enjoy it 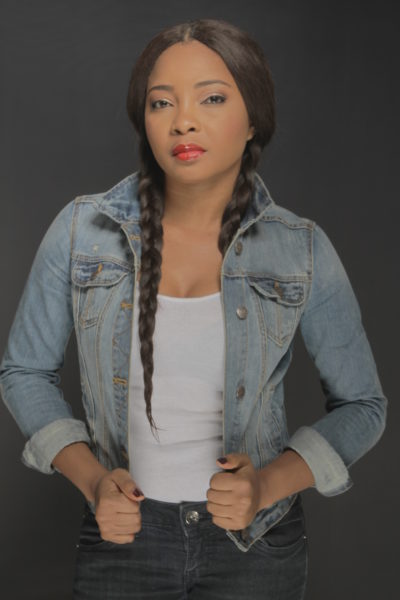 Q: Who is Linda Ejiofor?
A: I am an easygoing person and I’d also like to think that I am the girl next door- you know, the friendly kid who always likes to help people out when I am in the position to do so. I studied Sociology at the University of Port Harcourt. I always thought that my calling was to work behind a desk and a computer. even though that’s not what I studied but somehow, accidentally, I ended up on the set of Tinsel.

Q: From Tinsel to the big screen! Tell us about your decision to audition for a cinematic movie?
A: I’d say the determination to grow. I had actually been looking for an opportunity to act outside Tinsel, but the offers I was getting at that time were all typecast on the character I currently play on Tinsel. When the director called me to audition for The Meeting, I thought it was too good an opportunity to let slip away. Most especially because Mildred Okwo is someone I respect and sincerely working with her on this project has been more than a privilege.

Q: What was the experience on set like, working with such Nollywood A-listers and Mildred Okwo?
A: Mind-blowing. Being on the set of The Meeting opened my eyes to a whole new world. I was amazed at how much time and effort was put into pre-production and actual production. I personally enjoyed interacting with Rita Dominic Kate Henshaw and Nse Ikpe Etim. Away from the cameras, they have such lovely personalities. 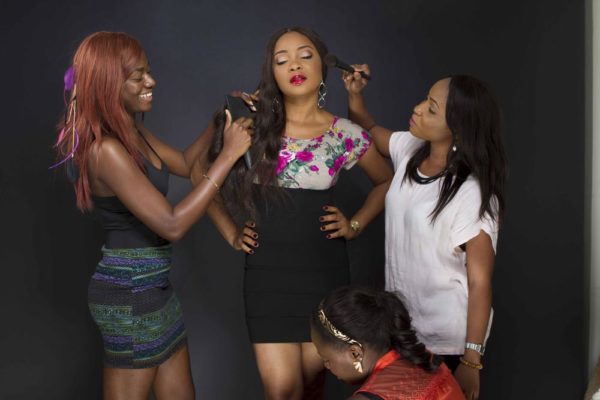 Q: How does the experience of Nollywood differ from sitcoms?
A: The only major different experience I can pinpoint is the fact that I was working with a new set of people, a different director, and much grounded names in the film industry in an environment I wasn’t used to. Also, for Tinsel, I am into the Bimpe character since that is the role I have been playing for over four years; I don’t go out of my way to rehearse the way I used to when I started, because I know what Bimpe will do in any circumstance, but I had to get into the Ejura character because she is a new character entirely, very different from Bimpe, but a little like Linda. Ejura is your everyday Nigerian girl, smart and really cheeky and smart. Young women are very unpredictable these days and that is Ejura for you.

Q: What do you think the main appeal of The Meeting for the audience will be?
A: There are so many things to like about the movie. People will enjoy so many of the crazy characters there but all in all, it is a beautiful love story.