#NewLeadership Series With Chude Jideonwo: So What If People Have an Agenda 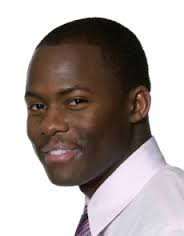 I have a friend who works in the change maker spaces and he has approached his passion for country with a single-mindedness and aggression that can be compelling. Everyone says he wants to be a politician – that the reason he is organising, mobilising and engaging, despite his repeated protestations to the contrary, is because he is building a network and goodwill that will serve him when he runs for office soon – and that all of this is mere positioning for that time when he declares his ambition.
And I say to that – so what?

“The history of the world,” according to a quote attributed to Mahatma Ghandi, “is full of men who rose to leadership, by sheer force of self-confidence, bravery and tenacity.”

It speaks nothing of naivety, self-effacement or a lack of drive. Sadly, the more one pays attention to the conversations that young people are having presently, the more one gets the sense of a certain (willful or unconscious) naivety about the nature of societal or political change across the world.

The thing is, nations are not changed by the innocent, unscarred people with unblemished records. Actually, those people do not exist – anywhere from Paul Kagame (who continues to be accused of fomenting war amongst his neighbours) to Ellen Johnson-Sirleaf (whose record from the Liberian War is, at best, murky), to use African reformist examples. Nations are changed by people with the willpower, and the passion and the energy and the strategy to transform society in ways that benefit the greatest possible number of people.

What we now appear to have in Nigeria is an unending search for the perfect. Where we don’t find that, we have unfortunately begun to cannibalise our own: we have begun to attack those we should support, malign those we should encourage and second-guess those we should line up behind. It is understandable. We are surrounded, as it were, by disappointment. This is a nation where role models are few and far between, and where lines of principle and integrity are blurred in a mad dash away from poverty, or towards more money.

Yes, it is understandable, but it is still not productive. We shall not canonise those without integrity, and there shall be no hagiographies written about those whose agenda are narrow, but we should not impede talented people who have important value to add to the country we say we love.

So, news flash: we should have no use for people who have no agenda, or who claim to have no agenda. In fact, if any activist, advocate, public official or politician pretends to have no agenda beyond an inchoate ‘better Nigeria’, then you should be worried. There is no leader across the world who is successfully able to carry a torch without a clear idea of where he or she is taking that torch to.

Many of those leaders will be flawed and they will have undesirable attributes, but Bola Tinubu need not be flawless if he will create the political environment for a visionary like Babatunde Fashola. I will not waste my time on Olusegun Obasanjo’s many faults if I identify in him a man who understood the challenges of constructing a modern society, just as I will not join the unending joy at new chinks in Nasir el-Rufai’s armour when he has laid a foundation that future public servants can look up to as a model for good governance.

I have a feeling that as long as China continues its march to rival the United States in absolute GDP in the next 20 – 30 years; the Communist Party, despite the series of scandals from the house of Bo Xilai and others, will continue to enjoy the support of the majority.

In the same vein, if the ACN-affiliated Movement for National Change or the newly minted PDP Youth Forum is going to build the kind of political system that will be responsive and responsible to an empowered electorate and that will help construct a society that works – then I am going to hold my nose and I am going to jump.

Let’s practically look at corruption for instance. Yes, Nigeria’s many greedy, slothful leaders are part of our problem, but as my friend Femke Van Zeijl has written, if corruption were the major reason for lack of development, then “a country like Indonesia—number 118 on Transparency International’s Corruption Perception Index, not that far removed from Nigeria’s 139—would never have made it to the G-20 group of major economies.”

Nigeria is instead plagued by a despondent dearth of men with character who were born and shaped to lead a modern society. No where is this more symbolised than the fact that our last two president were accidental in several important ways – one ill and incapable of making tough and long-term decisions, surprised as he was with the Presidency he never sought; and the other pushed in by a series of unfortunate events.
Just imagine what could have happened if men with the long-term will, the vision and the drive to actually be president of the world’s most populous black nation had the opportunity to do so. The absence of this is Nigeria’s one unending tragedy – and the reason for its state of permanent celebration of mediocrity.

We need to begin to identify and support people with an agenda for our country – an agenda of competence, an agenda of development, an agenda to build. We need to build and sustain coalitions of people whose individual agenda drive the general agenda of a national rebirth.

No generation is perfect, and a generation like ours, birthed out of one defined by rot cannot board perfection. In fact, by its very nature it will be defined by its imperfection – thus, the disappointments that we witness amongst young politicians and change-makers. But like I always say – we cannot use our generation as an excuse to fail the next generation. We must make the best of what we have. And there is plenty that is good in our midst.

The battle for Nigeria isn’t a battle as simple as between good and bad, nor is it a battle between the PDP and those not in the PDP. It is a battle between the systemic forces that have held Nigeria from marching forward and it this is enforced by people whose interest it serves to perpetuate those faux fault lines because they have nothing else to offer.

What we need now is a country that works on a basic level – to move Nigeria beyond the logjam of existential problems we face presently. Those are the people we must begin to find, and when we find them, we must support them. If people really do care about our country, their words and actions will show it – their willingness to make the decisions and compromises that can encourage a forward march? Are competent and capable and ready to work for the greater good and maintain the highest standards possible in this environment while achieving the goals that are important for our country at this time?

Are they ready, like Nelson Mandela, to risk their reputations and the angers of their constituencies, to do that which they know to be right thing? Are they prepared to put nation above self, and progress above ego, function above form? If that is the end game – then whatever the secondary agenda is, I suggest that we welcome them to the field of play; and welcome to a collective and sustained effort to build a country that we can be proud of; while we continue to force them to get better.

We should not let the perfect be the enemy of the good. We should not let what should be stop us from achieving what can be. What we need now is a nation that works so we can quickly move on to the demands of greatness. We have a lot of catching up to do.
We need to focus.