Started from the Bottom...Now We're Here! You Need to Read Basketmouth's Inspiring Story 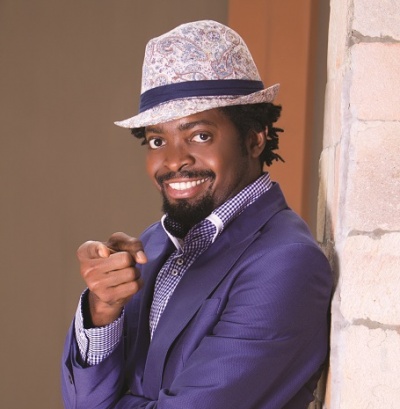 As the lyrics to Canadian rapper Drake’s mega hit go “Started from the Bottom, Now We’re Here“…
Nigerian stars are one of the clearest examples of living the Nigerian dream. Many started from very humble beginnings and today…well “levels don change”!

We hear Nigerian comedic superstar Basketmouth‘s autobiography is in the works and he has recently started sharing stories from his early days.

Part 1 – My First Big Break
Backstage at the Rothmans Groove Tour which held at TBS in 1998, there I was seated with the likes of the Plantashun Boiz,Dr. Fresh, Remedies and more…I was just a young boy trying to weigh his options on what direction to go with his career as drumming, rapping, producing and comedy were few of my options.

That night was the 1st time I met Tony Tetuila, one of those humble guys you come by, he was warm and accommodating considering the obvious fact that I was nobody in the industry.

Fast forward a few months later, Comedy had won me over and in the course of my hustle and journey to where I’m yet to get to, I bumped into Tetuila in Festac, just about the time his single ‘You Don Hit My Car‘ came out.

We reconnected while playing catch up. We had common friends so ‘bumping’ into each other became a tradition. The 1st time he saw me perform at a concert was at a gig The Plantashun Boiz used to host at the Den in Ikeja.

I must have impressed him because not long after that night, I got a call from him asking that we meet up. We did and he took me for a meeting in Lagos Island (Shell Office). A director at Shell was retiring and a send-forth party was being held in his honour. My performance fee then was N10,000, Tony pushed it up and convinced the client to pay N30,000 which they paid cash. Prior to this, they had never heard of me and only used me because Tony believed in me and stood up for me, convincing them to buy in.

I was paid in full a week to the show.

After picking up the cash I went straight home. Now here I was, a young comic with his 1st major pay-out of N30,000. Considering the fact that my 1st performance fee was N300 (1%) of what I had in my pocket, I couldn’t help but to thank God.

I got home, gave my mum N25,000 and kept N5,000 from which I bought a shirt, pants and shoes from Tejuosho market to wear for the event. Ready for my first big show…

Part 2
As I pay respect to those great men that changed my life, the seemingly little gestures that shaped me and have made me who I am… I recall another long evening…

Year 2000, Fame pre-award concert. Dele Olukoju and Wale Oluwaleimu were the stage/project managers. Wale had suggested I come perform in my bid to build a name.

I went there with a friend of mine,we had spent the last kobo on us transporting ourselves and getting food to eat as the event didn’t start early enough.

My performance was done at about midnight. It was a great outing for me. As it was time to leave,I met with the show organisers hoping I’d be paid for my service or get a little change for transport. Unfortunately, communication had gone wrong somehow as they thought I was doing the performance for free. It dawned on me at that moment, that I was in trouble.

By 2am, the concert was still banging in full swing and I was totally exhausted. While moving around I met Six Foot Plus and Terry D Rapman…now, I was a big fan of their work and so we got talking. It so happened that they loved my performance that evening so we hit it off immediately.

After some minutes of small talk, I swallowed my ego and pride and brought myself to ask Six Foot Plus for transport money, he didn’t have much on him but he split what he had and gave me N60 which was more than enough to cover our bus fare.

We happily bounced out from the concert, confident and as God will have it,there was a bus going our way. In 30mins we were in Yaba, walking to Railway Compound-Ebute Meta where I was staying.

By 4am I lay in my little corner, the end of another successful day in my struggle for relevance, I was happy at my chance to perform,
Exhausted by my ordeal but most importantly, I was grateful for that rapper who shared all he had on him with me, my new friend and saving grace, Six foot Plus