In July, BellaNaija Music revealed that music superstar D’banj is the headlining act for the 2013 edition of the annual Hennessy Artistry. (Click Here to Read)

And just before the schedule of the show is released, the official theme song by D’banj titled “Raise Your Glasses” was unveiled today. 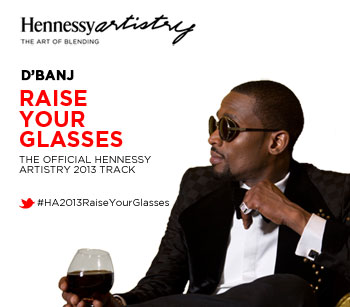 The mid tempo single is a celebratory feel good number. The song was produced by DB Records signee DeeVee.

From Dungarees to Bandanas! Check out How to Rock the 90s Inspired Style