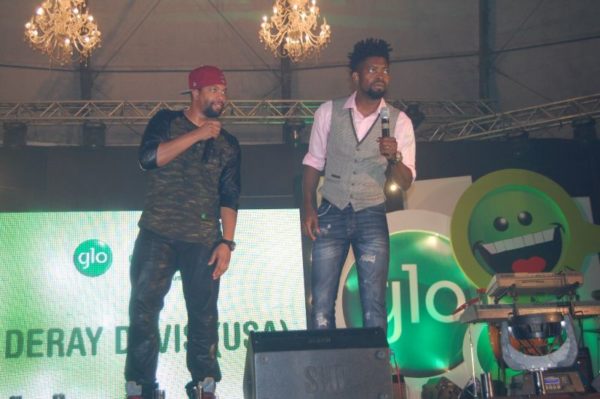 The Federal Capital Territory, Abuja, had a great & funny night on Friday 25th October 2013 as Globacom staged the comedy show, Glo Laffta Fest, in the city.

Thisday Dome, venue of the show, wa filled with an excited crowd as 16 of Nigeria’s finest and international comedians combined with amazing musicians thrilled Abuja residents.

The artistes comprising four Americans, one South African, one Ugandan and 10 top Nigerian entertainers from Nigeria’s comedy and music circle, showed why Glo LafftaFest is described as the biggest comedy show in Africa.

Anchored by popular comedian Basketmouth, the Glo Laffta Fest was tagged Invasion LOL. Sensational singer, Omawumi, fired the first salvo when she set the expansive hall rocking. Similarly, MI delivered a great performance to show why he is Africa’s Rapper Number One. Wande Coal was also at his sensational best as he got the huge crowd rocking to his “Bumper to Bumper“. The duo PSquare demonstrated that they were Africa’s best as they preformed their hit song “Alingo“. 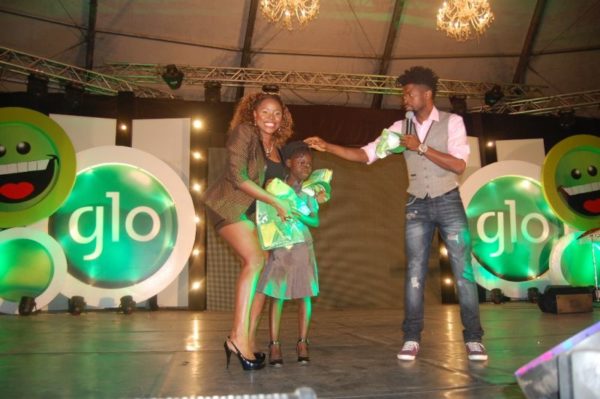 In between the musical sessions and performances by the foreign comedians, the top Nigerian comedians such as Akpororo, Gordons, I Go Save, Buchi, Funny Bone and Bovi, gave a good account of themselves.

The international artistes comprising the American foursome, Robbert Powell, Donnivan Jordan, Tony Roberts and Deray Davis sent the audience into guffaws with their rib-cracking jokes. Donnivan said based on the falsehood they had been fed in America, he arrived Nigeria expecting to ride a camel but was stunned when his guests provided him with a glittering Range Rover. The duo of Ndumiso Lindi from South Africa and Salvador from Uganda also sent the huge crowd reeling with laughter. Salvador was the revelation of the night as he received standing ovation when he was leaving the stage. His clincher was his joke about a TV commercial he starred in when several takes got the characters drunk and messed up the shoot. Explaining the basis for the show, the anchorman, Basketmouth, said that Globacom, “being the only network that cares about giving back to the people, put this show together to appreciate Nigerians that have stood behind the company in the last 10 years“.

Ijeoma Nwabueze, a student of Geography, University of Ibadan, who attended the show, said it was the biggest and the richest she had ever attended. “This show is the biggest and the most entertaining show I have ever watched. You know, I wasn’t too sure when I was invited to come. So my coming was basically to see what will happen and I thank God that I did not miss the show. Otherwise, I would have missed the opportunity of being part of this great fun“.

Similarly, Adelaja Olugbenga, a banker, said, “kudos must be given to Globacom for this fantastic show. I really enjoyed myself“.

The show will continue this weekend in Owerri, while Enugu, Port Harcourt, Uyo, Calabar, Benin City, Abakaliki, Aba and Ibadan will take their turns in the coming weekends. 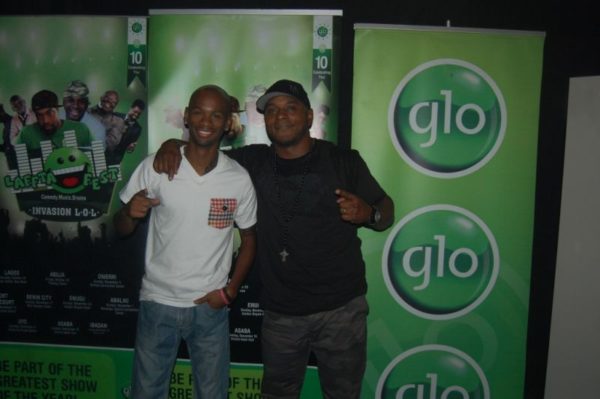