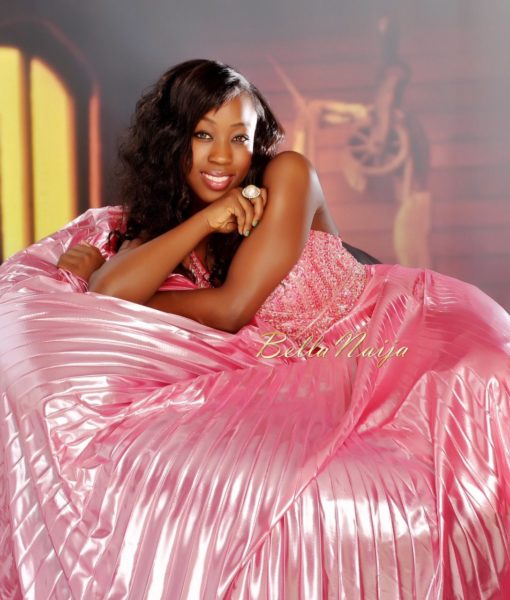 The rising movie star scooped herself the role of Yaya on the hit primetime television series on DSTV.

Yaya is a fiesty and seductive lady who will try anything at once. She comes from a very privileged family but when her mother cuts her off financially, she is forced to move to Lagos. Men find her intriguing because she sees no danger signs in life

DSTV audience can expect to see Beverly Naya in her reoccurring supporting role on Tinsel from next week.

Speaking to BellaNaija Movies & TV on her role, she says “I was in the states shooting a TV series when I was contacted about a screen test for the role of Yaya, fortunately my return date back to Lagos was in a week so as soon as I got back, I auditioned. I was delighted when I got the role, Yaya really is a fantastic character to play. So far it has been nothing but a lovely journey working with the Tinsel cast and crew, they’re very welcoming and professional. I’m also happy that I can now be seen not just in Nigeria but around Africa too, that’s a beautiful blessing.”

On her future plans, Beverly tells BN that her TV series Passport which she shot in Atlanta, will be out in Spring (March/April/May) 2014, more of her movies will soon be released and she plans on taking part in some philanthropic work soon.

You can stay up-to-date with Beverly on Twitter @BeverlyNaya

Do it Like a True Fashionista! Check Out 8 Fab Tips for Stylish Holiday Packing