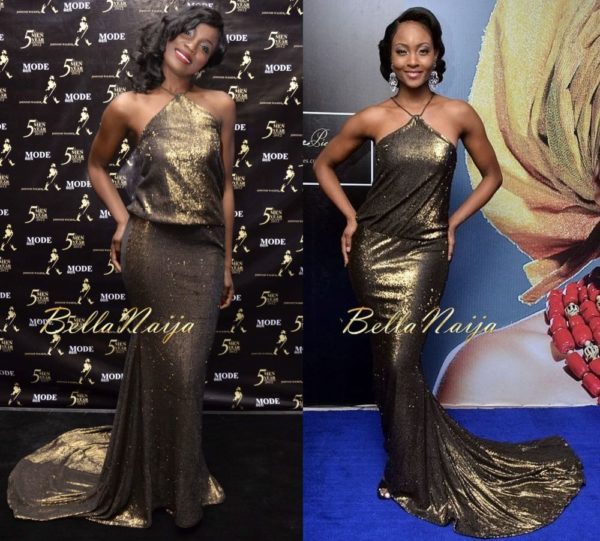 The BellaNaija Style team will be on FIRE this 2014…so you may want to keep refreshing the page. We are kicking off our first BN Pick Your Fave of the year with music star Seyi Shay and actress Osas Ighodaro.

The two style stars known for slaying it on the red carpet sizzle in this gold metallic dress by Nigerian design label Toju Foyeh. The frock’s detail is a show stopper; it has a halter neck, and an alluring train.

Where: Mode Men of the Year Awards 2012 at the Oriental Hotel, Lekki, Lagos on Sunday 8th December 2012.

How She Wore It: In 2013, Seyi Shay’s style took a fantastic turn. We saw her in dresses that flaunted her lovely lady curves.

While rising on the fashion ladder in 2012, she arrived at the 2012 Mode Men of the Year Awards in this Toju Foyeh dress. Seyi opted for wavy dark locks and red lipstick; keeping her styling simple she chose statement earrings. 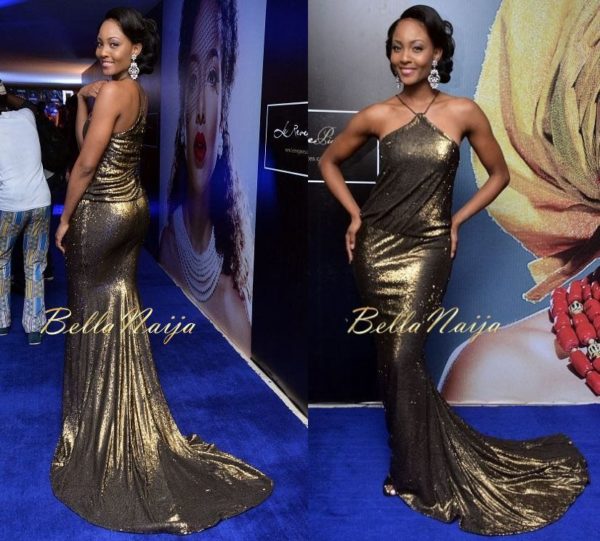 How She Wore It: Last month, Nollywood starlet Osas Ighodaro took to the blue carpet at the Music Meets Runway 2013 in the same frock.

Striking an akimbo on the blue carpet, Osas made the dress her own even after it has been spotted on the red carpet before.

The Dress
At the 2012 Arise Magazine Fashion Week, the creative designer of the eponymous label closed her presentation with this dress.