Jennifer Lawrence vs Lola Ogunnaike & the Internet - Who Wore it Better? 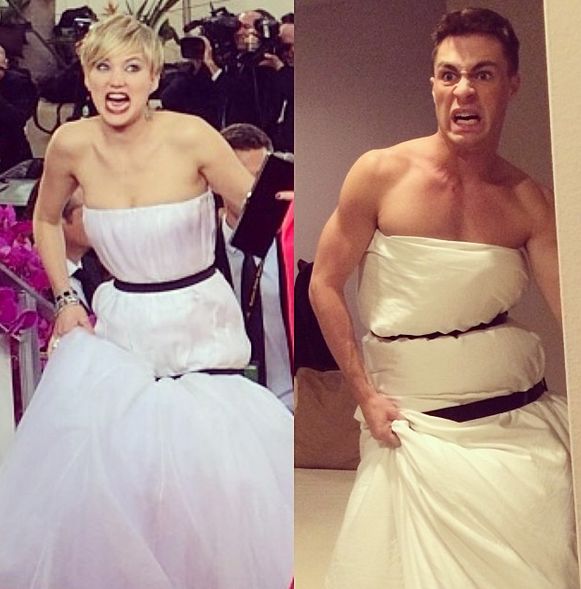 If there was one star whose look got everyone buzzing on social media at the 2014 Golden Globe Awards, it was Jennifer Lawrence.

The “American Hustle” actress who picked up an award for Best Supporting Actress at the awards show, arrived in a white Christian Dior Haute Couture gown.

The dress has since been the centre of media sensation. Nigerian-American journalist Lola Ogunnaike also joins in the fun.

Who wore it better? Me or Jennifer Lawrence? Jacks 99 Cent couture vs Dior. pic.twitter.com/uXmR9RFQlB