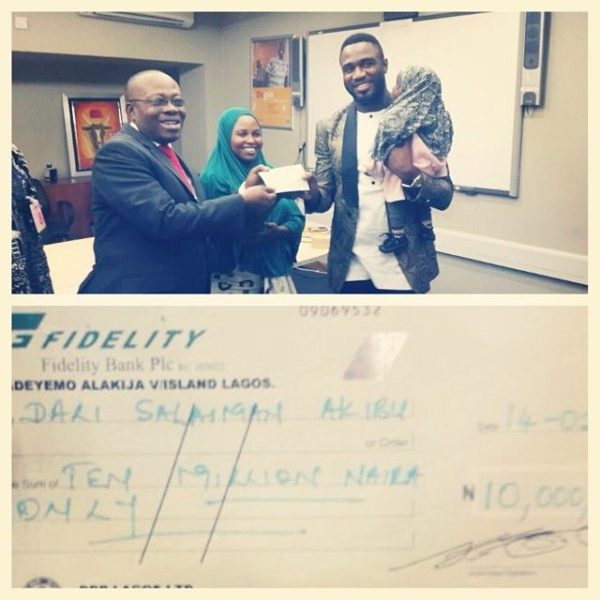 In February 2014, BN spotted ads by R&B/Soul singer Praiz Adejo offering 100% of the revenue from the sales of his callertune ‘Oshé’ towards post-operative care for a baby girl who had just completed an operation to treat a serious heart condition (a hole in her heart).

The beneficiary, Somaya Olayinka Dahli had a successful heart operation in late 2013. Doctors informed her parents that Somaya would need post-surgery treatment, monitoring and care to keep her alive. Praiz learnt of the situation and decided to help out.

Now it has been announced that Praiz successfully raised the sum of N10 Million via the callertune project.

According to X3M Music act Praiz, ‘It was sad seeing Somaya go through all that pain, she’s a little girl who shouldn’t suffer like that.

Somaya’s parents have been presented with the money which will cover the medical bills.

Great to see our stars giving back!

Related Topics:PraizX3M Music
Up Next

Campari projects Cultures with Worldwide Celebrations in its Iconic 2014 Calendar