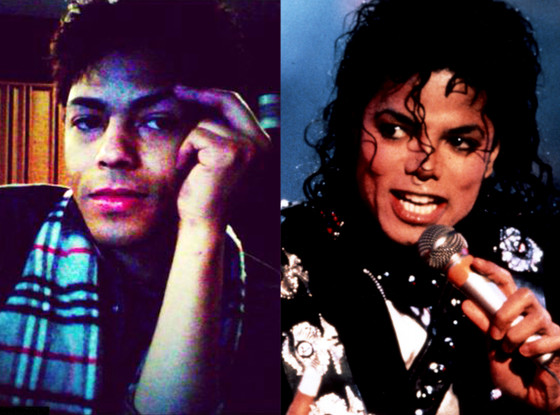 I guess Billie Jean was right, the kid is actually his son.

If a DNA report is to go by, Michael Jackson has a son – 31-year old singer Brandon Howard.

From the photo above, it is certain that the singer shares a striking resemblance to the late king of pop.

The singer who goes by the name B Howard, took a DNA test from a dental imprint revealing a 99.9 percent match to the “Thriller” singer.

A Beverly Hills dental surgeon revealed the alleged results and claims that he obtained a sample of Michael Jackson’s DNA from a dental device that belonged to MJ, and was purchased by him at an auction.

Howard released a video on Facebook to deny claims that he agreed to the DNA test and plans to sue for Michael Jackson’s estate.

Howard is the son of Miki Howard, a famous gospel singer who Michael was close to. She went by the name “Billy” in 1982. Michael later released the hit song a year later.

Are you convinced that’s his son?