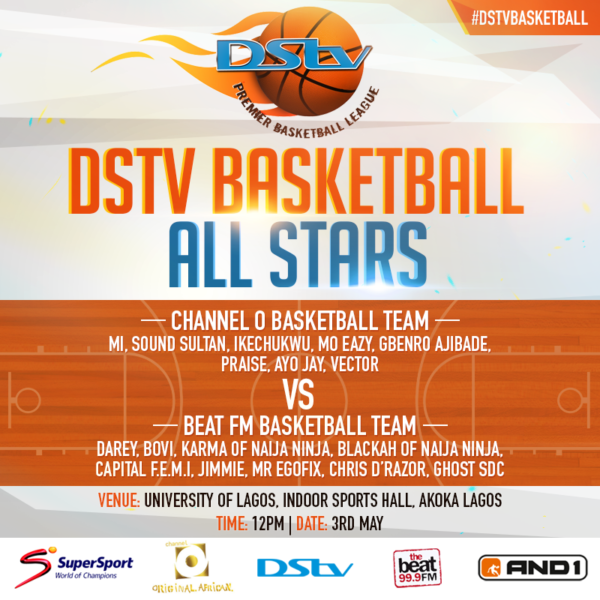 Think you’ve got game? Then you’re invited to the  2014 edition of the annual DStv Basketball All Stars.

MultiChoice Nigeria, sponsors of the DStv Premier Basketball League have announced the 2014 edition of the annual DStv Basketball All Stars game.

Sports and entertainment lovers are set to enjoy a day of fun-filled basketball action featuring the All-Star players from the Savannah and Atlantic Conferences of the DStv Basketball League.

The event will also feature a celebrity game between popular radio station, The Beat 99.9 FM and Channel O.

Guests can also take part in side attractions such as the slam dunk and free throw competitions with lots of fantastic prizes to be won.

Admission is free for all.