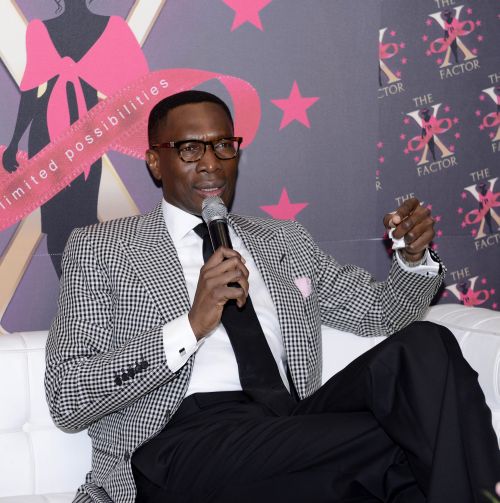 Read;
Nigeria is in a difficult season. It is locked in a war with a psychotic and criminally minded terrorist organization whose sole mandate is to force its perverse ideology on the nation. In recent weeks, the abduction of more than 200 girls from a school in Chibok, Borno State has focused global attention on Nigeria. Across world capitals, the #BringBackOurGirls campaign has gained several high profile ambassadors from Michelle Obama to Pope Francis. In Nigeria, #BringBackOurGirls has galvanized a hitherto inert populace into action. Celebrities, social activists and business leaders have all joined the movement. The tempo was raised even higher when a few days ago, CNN aired a video allegedly released by Boko Haram showing dozens of the abducted school girls with the terrorist leader announcing that the girls had been converted to Islam. This induced conversion of captured minors who may have been subjected to unknown terrors is nothing if not cold-blooded and inhumane.

The entire incident has undoubtedly been a tragedy on several levels, with multiple layers of negligence and dereliction of duty. The fact that the school stayed open in such a high-risk area was bad enough but to compound issues, the military protection for the school was grossly inadequate given the insecurity in the area. Once the girls were abducted however, what amazed the world was the slow pace of the government’s response. It seems that it was only when the international media and local activists refused to let the matter be forgotten that the government itself decided to mount a public reaction. Inevitably then, the saga of the stolen girls of Chibok has become a barometer for a broader critical review of the prevailing culture of governance under this present administration. It yields an unflattering assessment of the current political leadership.

However, at a time when there is a growing consensus of negative opinion on the quality of those currently in charge of running the government, we who desire change must think and act strategically with the big picture in mind. There is a huge difference between serving the country and serving the current government of the country. There is also a distinction between criticizing the government and condemning the nation itself. While our criticism of the government is often well intentioned, genuine patriotism may sometimes require us to take a broader view of national issues. Dwelling on the obvious shortcomings and failures of the present administration at a time when we as a nation face staggering problems might be a shortsighted approach.

We must accept that as a nation, we are at war and there is a need to view the complex synergy of the government and the nation through a different lens. At a time such as this, we are called to focus on the prospects of a united nation and in so doing we may be seen to support flawed government policies. This is not because we condone corruption or accept incompetence but because it is the expedient position demanded when we have a long-term perspective.

We can freely admit that the present administration has left a lot to be desired when it comes to its performance on the corruption index. It has been compromised by graft and a great measure of ineptitude. But if we take cognizance of the bigger threat posed by the evil scourge that is Boko Haram, then our grounds for support may shift in favour of a grossly imperfect government. Any rogue organisation that engages in terrorism, rapes women, maims and murders children, abducts girls and commits dastardly acts against the citizenry, requires our focused and unified attention. We need to come together as a collective entity and take on the challenge of engaging the Boko Haram fundamentalist ideology and halting its brand of terrorism.

Taking the long view of the prospects of the nation at this time may mean juggling different perspectives in order to arrive at an accurate, albeit seemingly politically incorrect position. Sometimes, reaching such a position requires us to make a choice by weighing different evils in order to arrive at the lesser option. Speaking truth sometimes requires us to take a position of expediency and to be pragmatic in the context of the larger picture. In this instance, truth demands that we acknowledge not only the present government’s incompetence and corruption, but also the fact that a stable government is crucial in the fight against the threat of terror. Jihadist terrorism and its agenda to spread deadly chaos and create ungoverned spaces where it can thrive is the obvious greater evil.

The initial attack on Churches was a war of attrition designed to trigger reprisal attacks by Christians that would engulf the nation in a religious conflagration. Failure to elicit the desired response caused Boko Haram and their evil sponsors to devise other means to make the nation ungovernable. Let us therefore not play into the hands of these enemies of progress.

A truly strategic appraisal of the situation suggests that we must not overreach ourselves by trying to confront more than one formidable evil at the same time. Extremist terrorism is the more immediate threat, one that we must stand against in the short term. This may mean rallying around a President and a Commander-in-Chief whose grasp of his duties has been demonstrably less than average. If we must halt a satanic agenda and prevent the country from descending into anarchy then we must come together urgently and single-mindedly. How does one effectively rally around an administration whose competence is debatable? We do not presume to have all the answers, but it is clear that the future of this nation depends on our ability to close ranks now against a lethal and very present threat.

When David committed the abominable act of adultery with Bathsheba, he sought a way to cover his tracks. When all failed he devised a dastardly scheme of sending Uriah the husband of Bathsheba to the war front. David’s instruction to General Joab, the commander of his army was to put Uriah in the thick of battle and then tactically withdraw. Without the support of able men around him, the hapless Uriah died in battle. If we must stop the descent of the country into chaos and mayhem we must now rally together at the battlefront against a common enemy that seeks to envelope our land with its evil and barbarism. Leaving our President in the thick of battle without the necessary support is to sentence him to the tragic fate of Uriah, a situation that will certainly have disastrous consequences for the country.

There is a battle raging over the soul of our nation. We must look beyond the facts of incompetence in government that clearly stare us in the face and see the ‘truth’ of the agenda behind the terrorists’ agenda. We must now interpret the facts we see, in the light of the deeper ‘truth’ we know. In accepting to find ways to actively support our leadership out of its current quagmire we are temporarily accommodating the lesser of two evils because our first priority is to secure the nation from further harm. Once this is done and the ideology and barbarism of Boko Haram nailed in its coffin, we can then return to the unfinished businesses of confronting mediocrity and ineptitude in our institutions.

God forbid that Goodluck Jonathan goes down in history as the last president of a united Nigeria.