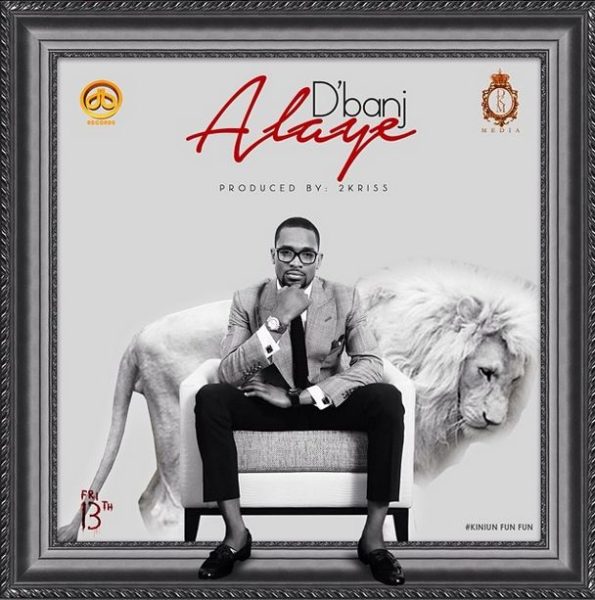 Earlier this week, he announced that Nollywood star Tonto Dikeh has joined his record label, and just yesterday, he introduced the “Lee” family – see it here, and today we have new music from him.

Titled “Alaye“, the 34-year-old musician is playful as usual and so entertaining. The song is produced by recently signed DB Records producer 2Kriss.

Benjamin Njoku of Vanguard Newspaper recently interviewed the entertainer. Here are excerpts from the interview
On mistakes: “One major mistake I made was not doing something differently in the past, considering all that happened between me and my ex-business partner, Don Jazzy. This is because we never really had issues. I believe, people that fueled the problem. May be, I should have fought more for what I brought up.

I personally found and signed everybody that belonged to the one time popular record label, “Mo Hits Records” consisting of major artistes such as Wande Coal, Dr Sid, D’Prince, Kayswitch and co-partnered with Don Jazzy. I recall one time when he told me that he wanted us to go our separate ways. I also remember asking him to give me about six months to fashion out modalities for the separation.

May be, I should have requested for one year. But like I sang in one of my songs “Top of the World”, I have no regrets parting ways with him. However, I should have tried harder, which I did. But in all honesty, I’m grateful to Almighty God.”

On if he misses Don Jazzy:  “Not more than the ordinary. You know, when you say you are missing somebody, it means you need the person in your life. No, I don’t miss him. But I saw him at the MTV music awards, in South Africa. We run into each other every now and then. People are alleging that we have come together again.

Who told them that we are quarreling? It’s just that we are running our own different businesses now. He has his own record label called Mavin Records, while I have my own label, DBM Records. Nobody is saying, we cannot do music together, or perform on the same stage again. In fact, while I am celebrating my 10 years on stage, it also means that Don Jazzy is celebrating 10 years of his musical career.”

On if the split affected their relationship: “Of course, it affected our relationship for a long time. It’s close to two years since we broke up. But we have been seeing each other. Probably, we will get into the studio soon to do songs together.”

On reports that he is dating Genevieve Nnaji: “There have been so many rumours about so many things. I don’t like to talk about my personal relationship again because people always misunderstand me. But rumours must always be rumours.”

On setting the record straight: “Honestly, I’m not dating Genevieve. Let me clear the air now.”

On settling down: “Of course, I am thinking of settling down. Who said, I am not married? My private life must remain private, especially to the press.”

On if he is secretly married: “It could be so.”

On the woman in his life: “I wouldn’t disclose her identity so that they don’t plan to kidnap her.”

I’m Not Fake! Muma Gee speaks on Half a Million Hairstyle, 500 Pairs of Shoes & Surgery