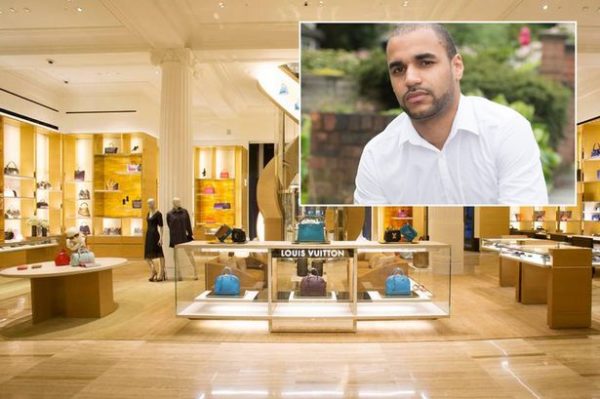 Luxury fashion brand Louis Vuitton is being sued over racism claims after a manager at a flagship store reportedly told a Ghanaian employee that “Black people are slaves who eat dirt off the floor”.

Oliver Koffi, a Ghanaian sales associate at the store claims that he was in a stock room packing a pair of shoes for a customer when his boss began issuing the racist rant in front of a shocked staff.

According to the Mirror UK, the manager allegedly called President Barack Obama a “muppet” and said America would be better off with “Miss Piggy” as its president because “Muslim people…don’t eat pork”.

Koffi told reporters that he was humiliated by the “black slaves” slur while working at the store in Central London.

Details of the allegations emerged in paper which according to the Mirror, will be presented to a Central London Employment Tribunal on the 18th of July.

Koffi is suing Louis Vuitton for racist discrimination and harassment, claiming the manager’s tone was cold and serious as he made the comments during a discussion on the origins of the English language with him and three members of staff in December.

“During this discussion, my manager quite randomly stated that ‘black people are slaves and eat dirt off the floor’. This comment was grossly offensive and extremely humiliating. His ­reference to slavery in this day and age with regards to black people is quite frankly revolting.” Koffi said.

He says he recorded the comments on tape after his manager’s “racist conduct”.

All of his comments were derogatory and a clear illustration of his prejudices towards other races and religions.”

Koffi said he told the manager he was offended by the comment, and the manager apologized and claimed it was a joke.

The manager who had been let go following a disciplinary proceeding, previously questioned his nationality, asking “where are you originally from?”

Louis Vuitton has accepted that racist comments were made but defends the claims on the basis that the company had taken all steps to prevent the comment. A spokesperson said the brand has zero-tolerance policy to harassment of any kind.

Can Nigeria beat France? Predict for the Chance to Win N150,000 on PalmChat