Iran Team's Coach on Scoreless Draw: "It is a huge achievement" 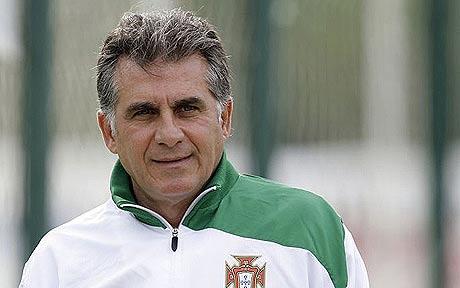 Carlos Queiroz, coach of  Team Melli, Iran’s national football team, says the scoreless draw of the Nigeria vs. Iran match is a huge achievement for his team.

According to him, his players have only ever played in amateur leagues. And so the fact that they could give the more experienced  Super Eagles players  a tough time, is commendable. He says his team celebrated after the match.

“They deserved the celebration because of the hard work they put in to contain the Nigerians, particularly because of the high pedigree of players that made up the Eagles.

We came out of a difficult condition. We did not even enjoy the luxury of playing friendly games. We played an honest game.

“It is better to go home with a point rather than praises as losers,” he said.