Not "Black Enough" to play Aaliyah? Zendaya Speaks Out 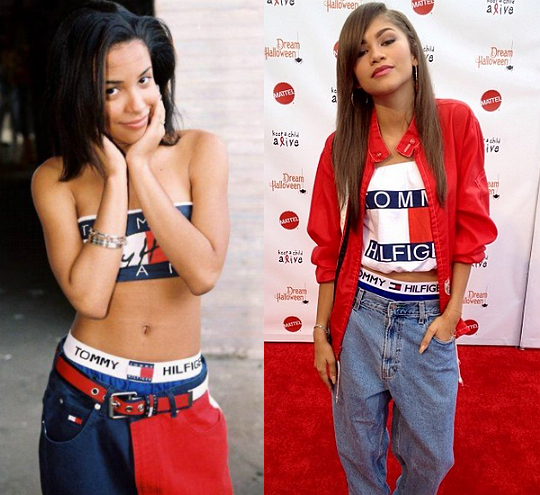 If you are an avid follower of pop culture or Twitter, you must have heard that Lifetime Network is making a biopic about the life and times of late singer Aaliyah.

Ever since the biopic as well as the lead star was announced, there has been an uproar from fans and Aaliyah’s family. And the drama has not stopped.

Zendaya who is bi-racial has been criticised for not being “black enough” to play the “Try Again” singer. She finally gave her opinion on that;

“A lot of people say I’m not black enough. Half black is just enough. ​It doesn’t matter what color you are, it’s about how you portray the character. For those that don’t know, Angela Bassett and Tina Turner, they look nothing alike but she was that character so I think that’s what it’s all about.”

Aaliyah’s family who is unhappy about the biopic, has released a statement asking fans to protest online.

“Aaliyah was more than a singer, she was -and is still – an American music icon whose legacy continues to live on and influence today’s music culture, just as Ray Charles, Notorious B.I.G., Selena and Johnny Cash.

Considering the magnitude of her fans’ affection alone, she deserves to have a tribute much more grand than a television network debut that won’t even consider the perspectives of those who were closest to Aaliyah.

Disregarding the families and dishonoring the legacies of celebrated figures who have passed on, big networks want to exploit their stories for a buck. We’re here to make it clear that it’s not okay!

Lifetime Television is trying to dictate the status of our heroes, our heroines and – in this case – our beloved Aaliyah. We implore everyone to call Lifetime Television, send emails and bombard social media so they know we demand respect for our cultural icons.

We will not sit idly by while they misrepresent and reap profits from our luminaries. There is more at stake than the public could imagine.”