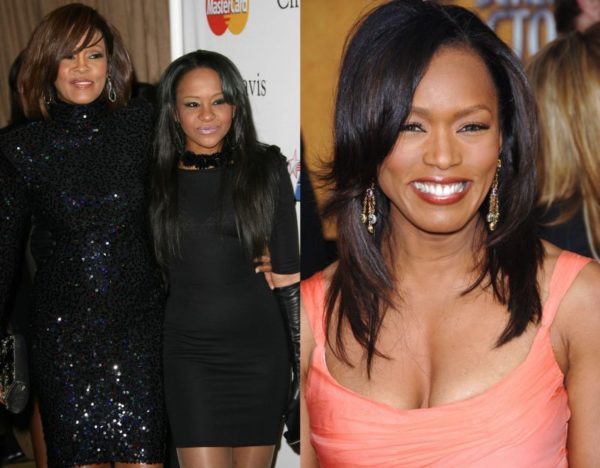 Bobbi Kristina is so not happy about the upcoming Lifetime Network movie about her mother.

Over the weekend, the daughter of the late R&B superstar Whitney Houston took to her official Twitter account to speak about about the flick to be directed by Angela Bassett.

What made her lash out at the American Horror Story actress?

In an interview with Entertainment Weekly, Angela spoke about why she never thought of selecting Bobbi to play her famous mother.

“It’s an attempt to illuminate the complexities of human behavior and life. And this is a very fast-paced schedule; we have just 21 days to tell this story. It’s more than just saying lines and turning the light on. You have to drive the story—there’s a technical aspect.”

And Bobbi wasn’t having it.

She called her out on the social networking site, tweeting “Ha MsAng “bassketcase” has such a damn nerve my lord, at least the world doesn’t mistake me for the wrong sex…she has some #XtraEquipment”

Bobbi followed up with another, “When I win my first Grammy or Oscar, *Shrugs* hmm whichever comes 1st, I’ll be sure 2shout URname out b***h! Hah UrTestResults = Male. Lmao.”