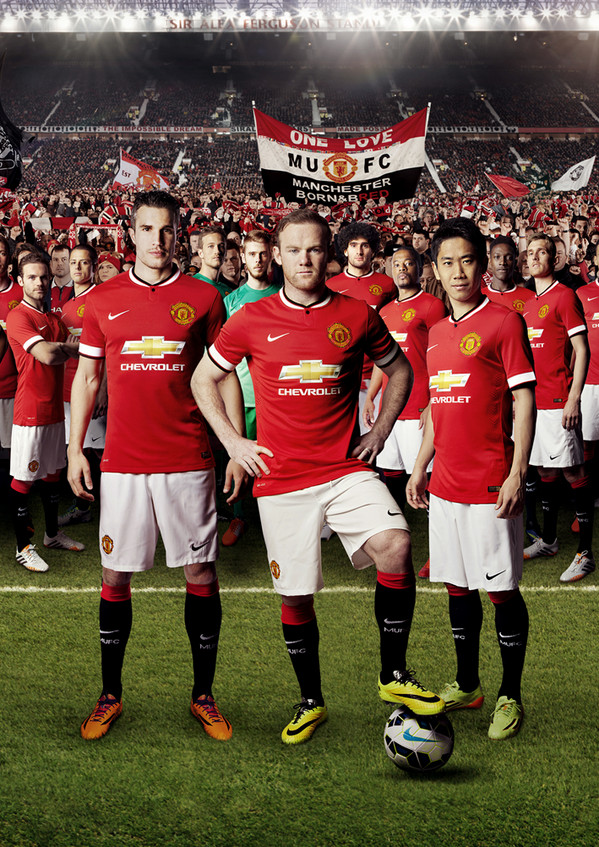 Manchester United FC gave its fans a treat by unveiling its new “Home” kit for the 2014/2015 season.

In a promo photo, striker Wayne Rooney is at the centre of the photo while team mates Robin van Persie and Shinji Kagawa pose by his sides.

The shirt which is collarless is designed by Nike and features white on the sleeves and a hint of black. This marks the first strip released during Louis van Gaal’s tenure of the Old Trafford club.

The words “youth, courage and greatness” are embossed in the neck of the shirt.

The Manchester United team will debut the shirt later this month during a match with LA Galaxy for its pre-season tour of America.

The home kit is the first to bear the Chevrolet logo.

So…are you loving it?