Tinubu: The End of PDP Will Be Ugly 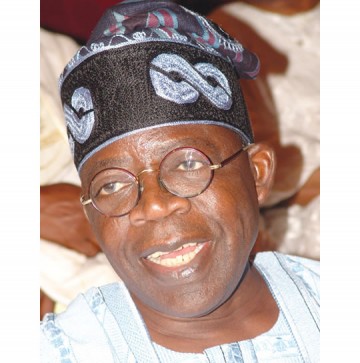 According to a rep for the former Governor of Lagos state Asiwaju Bola Ahmed Tinubu, the end of the Peoples Democratic Party will be nothing to write home about.

He also claimed that the impeachment of a few All Progressive Congress (APC) governors was an attempt to turn Nigeria into a one-party state.

Punch reports that on his Facebook page, Tinubu’s media representative Sunday Dare revealed this in an article titled – “PDP, Jonathan are building on quicksand”.

“Olisah Metuh’s recent reaction to the attack on General Buhari and the APC in which he strongly insinuated unreasonably that the APC must have arranged the attack on Buhari is a clear case of dementia. To disrespect General Buhari’s life and dishonour the innocent lives lost in order to score cheap political points is both offensive and unconscionable.

The sun sets soon for the PDP and the party’s end will be ugly. Under the PDP, Nigeria suffers violence. The PDP takes Nigeria by force.

The PDP plays with the tiger’s tail by pillaging the economy, brazenly stealing from public funds, subverting the Nigerian constitution, corruption of the police force, military and SSS in a desperate and near-criminal desire to win all elections.

The truth is out about the culpability of the Presidency and a select few in the military and the President’s cabinet in the ongoing rapacious employment of state apparatus, resources and electoral institutions to impose a one party rule on Nigeria.”

He also said that President Jonathan’s tenure is worse than that of General Sani Abacha and General Ibrahim Babaginda.